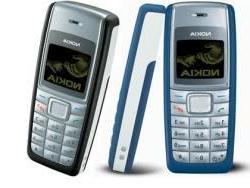 Mobile phones have been one of the best inventions of the century and have fundamentally changed our lives.
Over the past few decades, mobile phones and their evolution, smartphones, have increased considerably and become more and more powerful and with more features.
You can know everything about the history of mobile phones in this article which is divided into two parts: first let's see the list of the best phones of all time in terms of circulation and sales.
In the second part of the article you can instead read an infographic with the history of mobile phones which starts from the first mobile phones, passing through Apple and Android, ending with a look to the future.

The list of the best-selling mobile phones ever was drawn up by the Daily Telegraph in a gallery of images that obviously sees Nokia as the protagonist.
The ranking is surprising, some will recognize their old mobile phones.
From the last position to the first, let's see the 20 most used mobile phones in the world in recent years:

Below an infographic to be read with the history of mobile phones and smartphones, made by the Waypharer website.