Best free games only for Windows 10 and 11 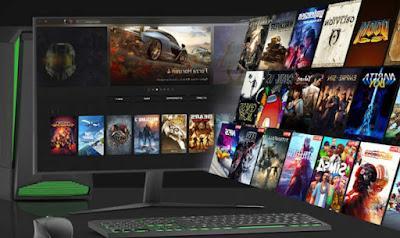 Few users know that from the Microsoft Store, the app store integrated in Windows 10, we can download free applications and games, in a very similar way to the stores for Android and the Apple Store on the iPhone. If it is true that the apps, for the most part, are still immature and not yet good to replace traditional programs, the speech changes when it comes to Games, whose section in the Microsoft store is really large and of great quality.

In order not to get lost in the search, in this article we see together a special selection of best free Windows 10 w Windows 11 games downloadable from Microsoft store and of various genres, among the most popular of the store. While they can be played for free, in most of these games you can spend real money on upgrades and customization.


Asfalt 9: Legends is one of the most popular arcade racing games for Windows 10, a free download that brings a really fast car video game with beautiful 3D graphics. After choosing a car among the many available, you race against time in different scenarios, each of them with different paths to follow to get to the finish line first.

As in the Need For Speed ​​series and as in the Fast and Furious movies, you can upgrade the car with modifications and take the Nitro to the road for powerful acceleration. Asphalt is particularly fun for the multiplayer mode, which allows you to play online races with up to 8 or to compete against who has the best time.


Three Kingdoms is a classic fighting game with the aim of conquering the throne. For the story we can choose from more than 300 heroes. To win you need to create your strong team and create a unique combination of heroes in order to defeat your opponents.

Very beautiful and exciting RPG game, in which strategies and tactics are required to be able to win in battle. In the game we can talk to other players around the world and carefully choose our allies, so as to facilitate the final victory.


Striker Zone is a highly addictive, Call Of Duty style shooter game. In this online multiplayer 3D game we will be launched on Chernobyl to survive the other teams. The game offers a huge selection of weapons, equipment and upgrades for ourselves and our allies. The game is set in various areas of Chernobyl: it is always advisable to choose the best weapon based on the situation, so as not to be at a disadvantage right away.

Intuitive controls make it suitable for both beginners and experienced players. The game offers a common chat room to talk to allies, planning the strategy to operate. Conquer all the terrorists and become the best fighter in Chernobyl.


World Of Tank Blitz is a tank-based war game, available for free in the Store but with the option to buy new tanks and badges. In this game we fight in "seven on seven" teams against players from all over the world.

It is a very addicting and fun MMO game, in which we can choose to fight in one of the 26 battle arenas, all unique in their genre (and with different strategies applicable to each map). The game features more than 300 tanks based on realistic models from Japan, Great Britain, Germany, the USSR and the United States.


If we like war robots we cannot miss WWR: Robot Warfare Online Game, in which we will lead a host of combat robots in total war against other robots. Robots have devastating fighting power, to the point that they can defeat the enemy with a single blow (if well placed).

Like other similar MMO games we can modify our robot, double its power and increase its stamina, so as to become stronger and stronger as we progress in the tournaments. The game offers continuous challenges, with the possibility of participating for free in international tournaments, so you can climb the rankings and become the most powerful robot on the planet.


If you liked tanks, wait until you see the warships! With the World of Warships game we can experience epic naval combat, being able to choose from more than 300 ships based on real models such as cruisers, destroyers and aircraft carriers.

We fight online against other players for naval supremacy, create our team of invincible allies and win naval warfare. As with other similar games we can improve every component of the ships, but even without spending a penny we will get a very addictive level of strategic challenge.


How do you live in a fallout shelter? With Fallout Shelter we will have to manage every aspect of the fallout shelter, choosing which rooms to place, which people to work inside and do everything to supply the shelter with water, light, food. Refugees have their needs: it is better to pay attention to their needs to make them always happy and content.

In addition to the management functions, there are also fights against mutated monsters, against other hostile survivors and against ferocious animals: it is up to us to equip each survivor of the shelter with effective weapons, as well as to enhance the security systems of the entrance.


If we love the Call of Duty shooter genre on mobile, we will definitely enjoy the Call of Duty: Warzone game. In this online MMO game we have a huge arena in which to fight against everyone or forge alliances in order to defeat the strongest teams on an international level.

Even though the game is free, it offers many upgrades and weapons to buy, so you can increase the chances of winning the bloodiest battles; the game is still enjoyable for a casual game even without spending a euro, given the good supply of weapons offered to all players.


The very young will surely enjoy Roblox, one of the most popular games under 10. it is very popular with children. In this game we have to be good at showing our creativity to create our character, choosing from numerous hats, t-shirts, faces and much more.

Once the avatar is prepared we choose one of the thousands of worlds present and interact with other avatars or with some unique situations of the chosen world to be able to live fantastic adventures with new and old friends.


Who does not remember the famous pinball machine (Pinball) present on Windows XP? That game was really beautiful and engaging, but for obscure reasons Microsoft removed it in subsequent releases of the operating system. To relive that game we can download from the Pinball Star store, a faithful copy of the pinball game present on the old operating system.

Just open the app and use the keyboard keys to move the paddles, throw the ball and move the entire arena (without exaggerating, otherwise it's TILT). An old game, but still a lot of fun to spend some time without spending anything and without having to go online.


Other games for Windows 10


These are just some of the games available for free on the Windows 10 store. To find others, all we have to do is open the app Microsoft Store from the Start menu, open the section Toys and finally press on the section Popular games for free, so you can view and download other fun games.

If we love open source we can download and play many free games, as seen in our guide 60 and more Open source games on Linux, Mac and Windows PCs, free forever.
If, on the other hand, we play from consoles or from Android smartphones, we suggest you read our articles Best free games for PlayStation (PS4 and PS5) and Xbox e 25 Free games with no "in-app purchases" for Android.