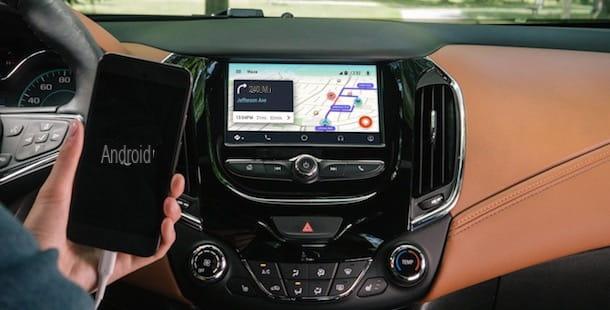 Before going into the merits of the operation of Android Auto, you need to know what the minimum requirements are and the car models that support the service.

Another important thing you need to know is that Android Auto can be supplied as standard or as an option. This means that you may have a car model compatible with Android Auto but not be able to use it as it was not added at the time of purchase. For detailed information, you can contact your dealer.

If you don't have a compatible car model, don't worry! With an update released in late 2016, the ability to use Android Auto in the car via your smartphone has been introduced. All you need (even in the case of a compatible car model) is a device with Android 5.0 or later (although at least Android 6.0 is recommended for optimal performance), a good USB cable and an active Internet connection.


How to install and activate Android Auto 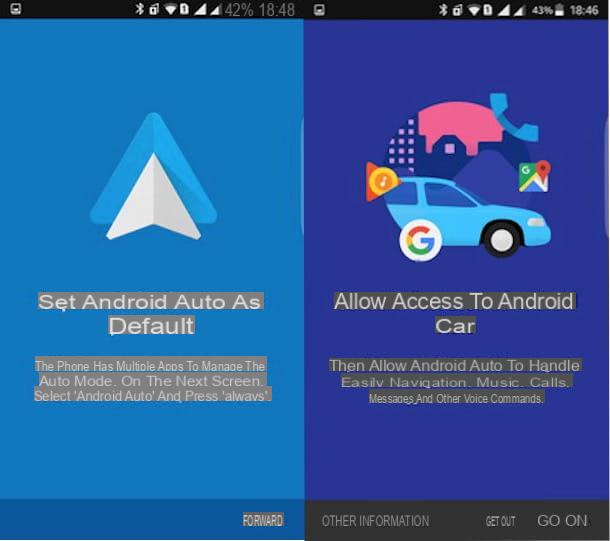 To use Android Auto, you need to download and install the free application, available for Android smartphones and tablets that have the minimum requirements listed in the previous paragraphs.

To download Android Auto, grab your device and start the Play Store by pressing on its icon (the ▶ ︎ symbol colored). Now, type Android Auto in the search engine at the top and tap on the item Search, then locate Android Auto (it should be the first result) and press the buttons Install e Accept to start downloading and installing the app. If you cannot find the application on the Play Store, it means that your device is not compatible.

If you intend to use Android Auto via the phone screen, launch the newly installed application and press the button Continue several times to accept the contract of use and to allow Android Auto to access data relating to your location, the use of other applications and to make and manage phone calls, after which, if requested, it carries out the suggested updates and downloads, such as for example Google Maps maps.

Now, apply the phone on the dashboard of the car using a suction cup or similar support, activate the connection Bluetooth to allow the mobile device and the car to communicate with each other and that's it. If you don't know how to connect your smartphone to the car or if there is no Bluetooth on your vehicle, you can read my guide on how to connect the phone to the car.

If your car model is one of over 400 with Android Auto installed as standard, you can use the service via the car display. All you have to do is turn on the car and connect the smartphone to the vehicle's USB socket via the original USB cable (wireless connection is not possible), allowing the mobile device and the car to communicate with each other via a mechanism called mirroring . If the Android Auto app is already installed on your device, the service will start automatically, otherwise you will be prompted to download and install the application.

While Android Auto is in use, the screen of your smartphone will offer a completely black screen with the words Android Auto, thus making it unusable: a solution, probably inconvenient but intelligent, to prevent any kind of distraction while you are behind the wheel.


How to use Android Auto

Whether you intend to use Android Auto via your car display or your phone screen, its operation doesn't change. Start the application and, in its main screen (defined Home), you can view recent activities such as the latest navigation destinations, calls made or received, but also useful information such as weather, traffic information and all notifications received.

On the Home screen you can also take advantage of the menu at the bottom (on a smartphone it is located on the right) which allows you to access four functions: Navigation (The road sign) which allows you to set the place to reach and receive directions; Call (The handset) to view the calls received and made and make new calls; Music (l'icona delle headphones) to listen to music via one of the applications that support Android Auto, such as TuneIn, Spotify, Deezer etc. And Home (the icon round) which allows you to return to the main screen of Android Auto and close the application, if in use on the smartphone.

If you are using Android Auto via your car display, you can see a fifth function identified by the icon of a clock, which allows you to exit Android Auto and return to the on-board system of the car.

You can activate the voice function of Android Auto by tapping on the icon microphone present in Home of the system, pressing on the dedicated button placed on the steering wheel of the car (if present) and giving the voice command "Ok Google" which will launch a white screen with four colored lines in the center. The voice command must be followed by the operation you want the system to perform. Let's do some practical examples right away. 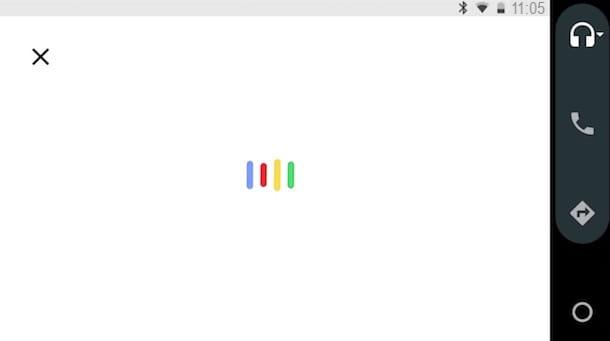 Want to get driving directions from Android Auto? Nothing simpler: pronunciation Ok Google, followed by the command Directions to [destination], but also Navigate to [destination] o Drive to [destination]. If you have previously set your home or office address on Google Maps, you can ask Android Auto to take you home or to work via voice commands take me Home e Navigation to work.

With voice commands you can also manage music playback. Pronounce Ok Google e Play music to start playing the last track listened to or, in the case of TuneIn, the last radio station played. If you want to listen to your favorite song, a certain genre of music or a playlist, you can use the commands Play [song name], Play [artist name], Play [music genre] e Play [playlist name]. 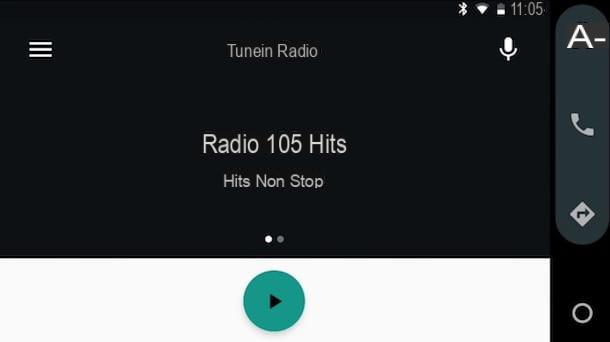 Finally, let's see how to ask Android Auto to write an SMS. First say Ok Google, followed by the command Send a message to [name], then follow the instructions of Android Auto and say the text of the message you want to send. You can "order" to send the message also through one of the numerous messaging applications supported by the system, including WhatsApp, Skype, Messenger and Telegram: the voice command must be of the type Send a message to [contact name] on [app name].

If, on the other hand, you have received a new message, the relevant notification will appear on the Home screen: press it to start reading the message. You can reply with the procedure described above, but you can also set up an automatic reply that allows you to send a reply message and let the recipient know that you are driving. To do this, tap the ≡ button and press the item Settings, then presses on the option Auto reply and type a sentence to be sent automatically while you are driving.