Basic guide to using the Mac with the main functions 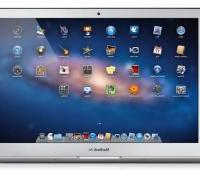 When you change your computer and take the plunge of switching to a different operating system, you then have to get used to tune into new names, new settings, different menu locations and so on.
The most common and appreciated step is that from a normal, cheap Windows PC to a more expensive, but highly performing, Mac computer, most likely portable.
It is not that everything you have learned in using Windows is to be thrown away but if you switch to a Mac you can forget about many of those changes to optimize the PC and for its maintenance.
A Mac is produced entirely by Apple, both in the operating system and in the hardware (Windows, on the other hand, can be installed on any model of computer) so it is already optimized and all its programs are well tested and, often, unique (even if the alternatives always exist).
This short and concise basic guide should be enough for go from Windows to Mac painlessly, getting used to it quickly.
This will not be a list of features in comparison, which would require a much broader and perhaps even superfluous discussion.
In short, let's see how to search for applications (in an Apple system, programs are called applications or Apps), files and folders on your new Mac, find and install applications, manage windows and system preferences.

The difference between a Mac and Windows is immediately evident when the computer is turned on, when the desktop is presented.
In Windows there is the taskbar at the bottom and the Start button on the left.
On the Mac, however, there is no Start button, there is a Dock with the icons of the main applications and one system menu bar at the top which always remains visible any program you open.
The Mac Dock is very similar to an application bar, where it is possible to launch with a click the favorite programs whose icons have been placed in the horizontal space of the bar.
The Dock is like a dashboard from which to start any basic activity.
So there are the Finder, the Launcher, Safari (the default browser for surfing the internet), three predefined folders: Applications, Documents and Downloads and, of course, the recycle bin that works the same way as Windows.
As in Windows 7, you can add frequently used applications to the Dock manually and customize it.

As trivial as they are, you need to know what they are icons on the Dock to work immediately on a Mac and use it to the fullest.
Finder is the search function, a Mac system utility for browsing files on the hard disk, very similar to the Windows Explorer.
The Finder icon is very famous in the Apple environment and is the one with the double-sided colored blue.
The application Launchpad on the other hand, it makes it quick and easy to launch programs, or rather, applications installed on a Mac.
Whenever an application is launched, its icon will appear on the Dock.
You can use the mouse wheel to scroll through the applications.
Launchpad is like a Windows desktop with icons all sorted and browsable in different pages.
In case you don't see the Launchpad icon in the Dock, the one drawn as a missile, navigate to the applications folder, find it and launch it.
Once open, click on the icon and choose to keep it in the Dock and fix it permanently (this applies to any app).
To remove an application from the Dock, just drag it to the desktop with the mouse.
The icon Safari is a navigation compass that allows you to launch Apple's default web browser.
On the Mac, you can certainly also install Firefox or another browser if you don't like Safari.

At the top of a Mac desktop, there is always one horizontal bar known as the system menu bar.
The buttons on this menu change depending on the open program and display those options that you normally see on the title bar in Windows
On the right side of the top bar there are those notification icons where you can view the status of the network or other applications in the background, a bit like the Windows system tray located in the lower right corner, where there is the clock.
Unlike Windows, where the menu options for each program is in its own window, Mac app menus are always listed on this bar when an application window is active.
As a general rule, whenever you want to view the settings of any application, just select it so that it becomes active.
The preferences that appear in the system menu bar usually belong to the active application, and not to the OSx system.

Windows Start vs Mac Spotlight
In Windows 7, the start menu also has a search function that allows you to find folders, files, applications and system utilities by typing their name.
To do the same thing on a Mac, click on the magnifying glass icon at the top right of the system menu bar and type the name of a file or app.
The Spotlight feature will search as you type universally, then listing all matching application, file and folder names.

Scroll, open and close files and applications
Any normal mouse can be used on a Mac except that the scrolling is reversed from Windows.
When you move the mouse wheel up, a page scrolls down and vice versa.
You will also notice that the close buttons and those to minimize and maximize windows are all located on the top left and not the top right as in Windows.
However, closing a window does not mean exiting the application; to exit instead, press the right button on the icon in the Dock and then exit or go to the main program menu from the top bar.
The equivalent of the Windows task manager on a Mac it can be found in the Applications> Utilities folder and is called Activity Monitor.
You can use the Activity Monitor to force quit applications but, in general, it is used very little.
If you want to quickly quit an app that has stopped responding, just press Command + Option + Esc, select the application you want to close from the window that opens and click the force quit button.

Window management on a Mac is different than on Windows.
In new Mac systems (more similar to Linux) in fact it can be used Mission Control, launching it from the icon in the Dock, which allows you to create additional desktop spaces.
You can then quickly switch between windows and move the various windows to different spaces in order to virtually enlarge the desktop.

The opening of a file is done with a double click while if you select a file and press Enter, it will be ready to be renamed.
Some keys on the keyboard are different and, wanting to make a usage association: the Windows key is the Command key while Alt is the Option key.

Unlike Windows 7, it is not possible on a Mac to view that "My Computer" which lists connected drives and peripherals.
Instead, you should always use the Finder on the system menu bar.
from Finder preferences it is possible to choose, in the general tab, the elements from view on the desktop, including hard drives, USB sticks, CD and DVD players.
By opening a hard disk icon you can see 4 main folders: Applications, System, Libraries and Users.
The Applications folder shows all the applications installed on the Mac, the Library folder lists the folders created by the Apps, System is the folder with the application configuration files (where the Safari extensions folder is located).

Applications
When you switch to a Mac, you switch to an operating system that always relies on applications for all functions that are not basic.
Installing applications on a Mac isn't difficult, it's just different.
On Windows, programs are EXE files, on Mac, program installation files are Mg (which are comparable to ISO files).
There is no installation wizard on a Mac as on Windows because most of the Apps are installed from the Mac App Store and certified with Apple ID.
A Mac is much more like an iPad or iPhone than a Windows PC.

To install applications just search for them on the Mac App Store and I really recommend starting with my list of best 100 free applications for a Mac.
To download a paid app, you need to sign up with an Apple ID and provide your credit card number.
Downloading and installing for an app is a single procedure so, after if when the download is marked as complete, the application is also already installed and will be present in the apps folder or in the Launchpad.

The Mac App Store isn't the only place to download apps, and there are several others sites where you can find free programs for the Mac.
When you download applications from other sites, they are placed in the downloads folder and will need to be moved to the applications folder manually.
In some rarer cases, if the program is compressed into a zipped file, it will need to be unzipped with the default archive utility.

This short guide does not pretend to replace a manual for the Mac but I think it offered the basics to start working right away and get used to the new Apple computer if you come from Windows.
While computers all work the same in principle, the Mac is different from Windows, and it goes without saying that getting used to and finding out where things are may not be easy at first.
In this page in cittàn of the Apple site, all the main functions of a Mac.

Basic guide to using the Mac with the main functions