How to set up multiroom on Alexa 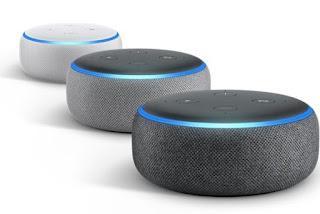 One of the most useful functions of the Amazon Echo is listening to your favorite music, which we can launch via convenient voice commands whatever we are doing in the meantime. If we have more Echoes placed in various rooms of the house or we have two or more Echos in the same room, we can configure the multi-room in the Alexa app to be able to recreate a real diffused sound system, so as to listen to music to one superior quality or listen to two different songs or playlists depending on the room we are in.
In this guide we will show you in fact how to setup multiroom on Alexa, so as to be able to make the most of all the Echoes that we have decided to place in our apartment, obtaining a home-made Hi-Fi system suitable for parties and receptions.

To create a multiroom we will first of all have to connect the Echo to our home Wi-Fi network, so as to be able to access the Internet and correctly manage all the functions of the various devices. For this guide we can use both normal Echo and the various declinations that have been put on the market (Echo Flex, Echo Dot, Echo classic and Echo Studio), with the only care to associate them all to the same Amazon account, as seen in our guide Set up a new Amazon Echo and Alexa settings.

If we have several Echos placed in various rooms, we can listen to different music in each of them by creating room groups and inserting the various Echos within them. To do this we open the Alexa app on our smartphone, press the bottom on the device menu then press the + icon at the top right, so you can select the item Add group.
In the new window choose the name to give to the room you are configuring, press on NEXT then select from the list the Echo you wish to place in the room as a "music box". 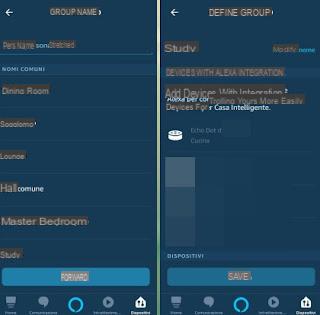 To conclude, press the button Save; now we repeat the steps for the other Echos in our possession, so that we can assign an assistant for each room of our home. After configuring the rooms, we can launch the voice commands to play the music, specifying this time on some room we want to listen to. Some examples of voice commands that we can launch are shown below:
In this way we will be able to listen to two or more different songs on all the Echoes in our possession, so as to satisfy the musical tastes of all the members of the family. In order to listen to Amazon Music in every room, we will necessarily have to subscribe to Amazon Music Unlimited, at a cost of € 9,99 per month.

Same music in one room or in multiple rooms

The real "multiroom" involves the configuration of several speakers present in the same room that play the same song, without delays or without variations in volume or intensity: the music actually envelops us and accompanies us in everything we do.
To configure Alexa's multiroom for a single room or to listen to the same song in all the rooms of the house, open the Alexa app, press the menu again devices at the bottom right, press the + symbol at the top right and finally press on Configure Multi-Room Music. 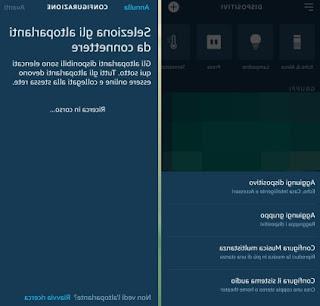 In the new screen we select the Echoes that we want to configure in multiroom, we press at the top on NEXT, we choose the name of the room and confirm. If we have several different Echos in various rooms, we repeat the above steps to create more different multirooms in our home, choosing a different name for each room.
At the end of the configuration we will have new multiroom groups available that can play music simultaneously from two or more Echos in the room; to use them we can use one of the voice commands listed below:
With these commands we will be able to play the music with an enveloping sound on all the Echoes configured in the same room, move the music playback according to the room we are in or play the same song throughout the house, taking care to launch the songs in the scenario. "Everywhere", which will automatically appear when we start creating multiroom groups on our Alexa app.

Not all Echos on the market are suitable for playing songs in multiroom: currently we recommend using the Echo, Echo Dot and Echo Studio as music playback speakers, given the advanced features from the audio point of view. (large 360 ​​speaker and enhanced bass in the case of the Echo Studio). The Echo Flex, the cheaper model, has two small speakers that do not allow you to listen to music with good quality, so we advise you to place it in the multiroom only as a bass reproducer (woofer), especially if placed at the bottom near the flooring.

Are we looking for ways to listen to free music on Alexa and Echoes? In this case we advise you to read our guide How to listen to free music with Alexa, via app or Echo.
Still on the subject of music via Echo, we can read our guides on how Play MP3 music and PC songs on Alexa / Echo and Google Home and how Hear TV audio (with FireTV) on Amazon Echo, so as to be able to configure all the devices in our possession and listen to both the audio of the TV and our MP3 songs from a PC.

How to set up multiroom on Alexa

add a comment of How to set up multiroom on Alexa