How to merge two Android photos 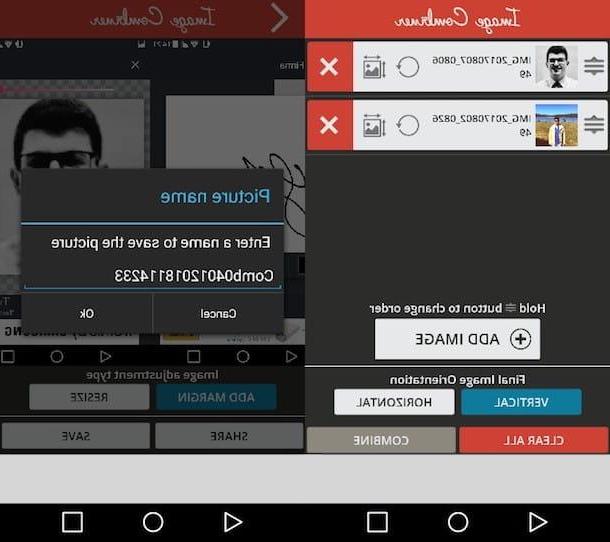 Image Combiner it is one of the best apps you can use to merge two photos on android. This solution, completely free, is very easy to use: just start it, select the photos to merge (it is possible to merge even more than two photos) and choose whether to “paste” them in landscape mode (horizontal) or in portrait mode (vertical).

After downloading Image Combiner on your device, start the app, tap the button Add Image and, in the menu that appears on the screen, select the first photo you want to merge; then repeat the operation to select the second image (and any other images) to be combined with the one previously chosen and you're done.

If you want, you can also move the order of the photos by tapping on the symbol (≡) placed next to the thumbnail of each image or you can rotate it or change its size by pressing, respectively, on the symbol of arrow  or onpicture icon with panorama. Pressing on the buttons Vertical e Horizontalinstead, you can select the orientation of the image in which the selected photos have been “merged”.

After setting all the details, tap the button Combine to preview what the collage will be and, if you are satisfied with the result, press the button Save and then OK in the menu that appears to save the collage on your device. The image including the merged photos will be saved in a folder that will be created ad hoc in the gallery of your device. 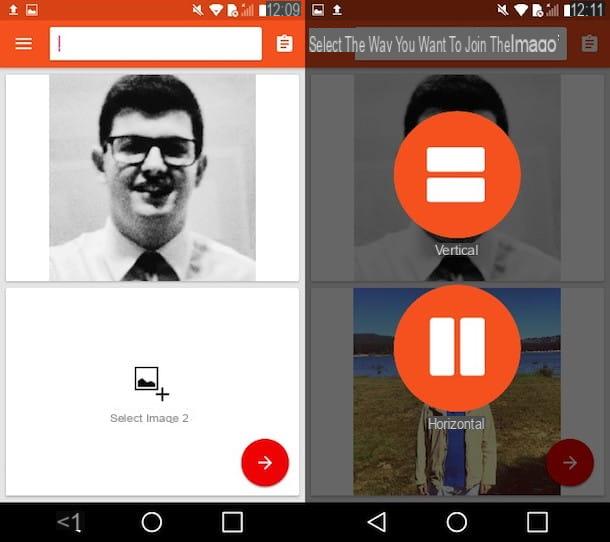 Another application that I recommend you to try if you want to merge photos on Android is Screenshot Join, a free solution that makes simplicity its real strength. In addition to merging photos in just a few taps, this app also integrates a useful feature that even allows you to take screenshots of entire web pages. Interesting, right?


Using Screenshot Join is really simple: just select the photos to join and choose the orientation of the image, that's all! Before explaining in detail the operation of this application, however, I would like to tell you that in it there are some removable advertising banners by making an in-app purchase of 1,59 euros. Of course, you don't have to stop advertising, since it's not invasive at all!

As soon as you have completed the download of Screenshot Join on your device, start the app to reach its main screen, press the box Select Image 1 and, in the menu that appears, select the option Screenshot o Gallery, based on the "source" from which you want to take the photo. Then, press on the box Select Image 2 and repeat the operations I have just described to you to select the second photo to merge with the one chosen previously.

At this point, press on the symbol of white arrow on a red background (bottom right) and, in the menu that appears, choose the orientation of the image by selecting one of the two available options: Vertical, to “paste” the two photos in portrait or Horizontal, to choose landscape mode. Finally, save your work by pressing on the symbol of floppy disk (bottom right) and presses again on the symbol of Red Arrow to return to the Screenshot Join home screen or, if you prefer, share the image with other users using the button Share. 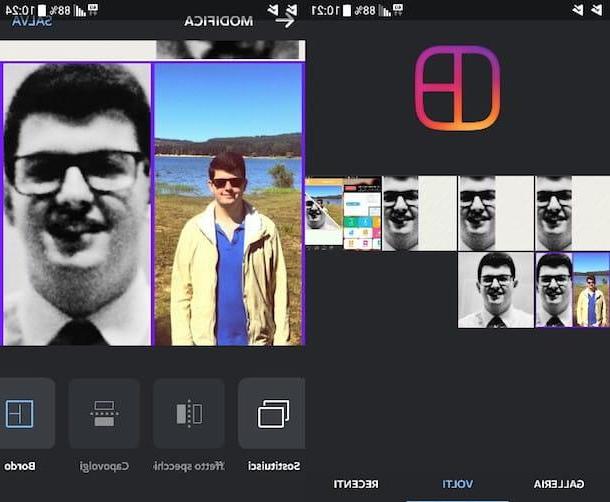 Another application that can be very useful for merging photos on Android is Instagram layout. This solution, developed by the same team of the famous photo social network, can be downloaded for free on both Android and iOS. It allows you to merge up to 9 photos simultaneously and, compared to the apps I mentioned earlier, it offers the possibility of applying filters like those that made Instagram so famous.

As if by magic, the Layout algorithm will automatically compose fantastic collages made with the shots you have just selected. All you have to do is choose the template you like best (from the menu located at the top) and possibly use the tools located at the bottom to apply themirror effect, For reverse one of the two photos, edit the bordo and anything else.

As soon as you are satisfied with your work, click on the item Save placed at the top right and share the image on Instagram, Facebook or on other social networks using the appropriate functions available in the app.

Join Due Photo In Una 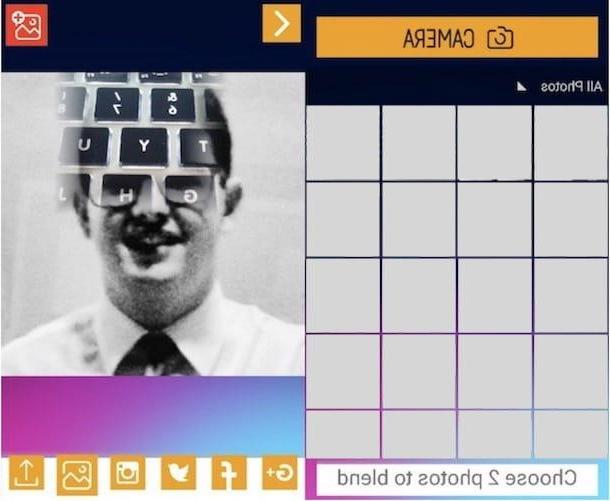 Do the apps I mentioned in the previous lines seem a bit monotonous to you and would you like to try something more fun and original? I think I have the right solution for you: the app Join Due Photo In Una. Also in this case we find ourselves in the presence of a 100% free solution, easy to use and thanks to which it is possible to create truly original and suggestive photographic collages.

After downloading the Merge Two Photos In One app on your device, start it and, on its home screen, select the two photos you want to merge; then presses the yellow button Continue which appears below. Next, use one of the buttons located at the bottom to use one of the tools included in the app: tap on the i symbol overlapping sheets, to change the layout of the composition; tap on the symbol of cornice, to decorate the composition with a frame or press the symbol (T) to add text to it.

When you are happy with the result, tap on the symbol (V) located at the top right and choose one of the saving and sharing options among those available. Did you see how simple and fun it was to use this app?

Other apps to merge photos on Android 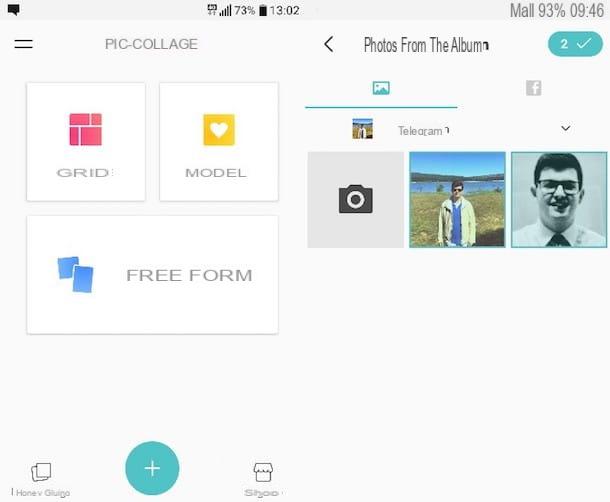 Weren't you particularly satisfied with the applications I mentioned in the previous paragraphs? If so, take a look at the solutions you find listed right below; surely you will find someone that can do for you!

How to merge two Android photos

add a comment of How to merge two Android photos