Best apps for taking notes and notes on Android and iPhone 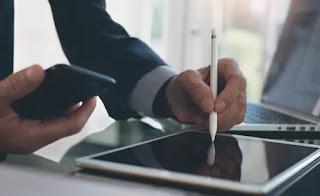 Only now fewer and fewer people who still use pen and paper to take notes and notes! With a smartphone and a new generation tablet you can take notes and notes quickly, writing, using your voice, using a touch stylus or even taking a photo. Every phone already has a built-in tool for taking notes, but if you are using an iPhone, an iPad or an Android smartphone / tablet there are some essential applications that allow you to mark notes or things to remember and keep each note automatically synchronized so that you can. find again on all used devices: mobile phone, tablet or computer.

In this article we therefore discover the best apps to take notes on your phone, to organize things to remember, to have reminders of appointments or events, with the possibility of synchronizing them even between several different devices.


1) Google Keep is the first app that we recommend to try, available for free for Android and for iPhone / iPad. 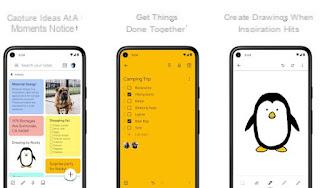 This app is easy to use, free and well integrated with other Google services. We can also use Keep via the web and as an extension or app for Google Chrome, without forgetting that the notes are also visible from Google Drive and Gmail. The notes can be, in addition to written notes and voice notes and lists, also photos with the particular functionality of being able Automatically transcribe text in photos. To learn more we can read our guide to Google Keep.

2) Microsoft OneNote, for Android and for iPhone / iPad, is a great app for taking notes on your phone and PC. 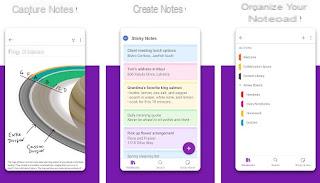 OneNote is a truly feature-packed app, which includes many of the tools in Word, plus those of a note-taking application. OneNote integrates with OneDrive so everything saved on your smartphone becomes visible from other devices as well. Notes can also with OneNote be text notes, photos, document scans (with OCR function) and web pages. Onenote is available for iPhone, iPad, Windows Phone, Android, Windows PC and Mac. To learn more we can read our guide Download Microsoft OneNote for free for Windows, Mac and smartphones.

3) Evernote is among the historical apps for taking notes and notes, for free, for Android and for iPhone / iPad. 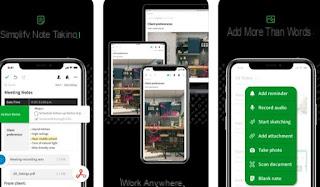 Evernote is one of the most popular apps in all stores, which has been around for several years now. Evernote allows you to add notes and organize using tags or categories. Notes can be text, image, voice, handwritten, screenshot or scanned sheet of paper. All notes are securely synchronized on your free account (which we can create on the spot even using a Google or Apple account) and are therefore available via the web, via browser extensions or dedicated apps for Windows or Mac. notes can also be shared with anyone via email or Facebook.

4) Any.Do is another app that we can use to take notes and synchronized notes that can be installed on Android and for iPhone / iPad. 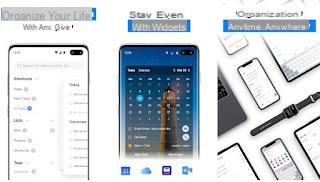 Any.do is one of the best reminder apps, which can also be used to take notes and mark things to remember. You can then set an alarm in the form of notification or sound so you never forget an appointment or an event. As in the others, notes can also be taken by speaking verbally. The application is available on Chrome, iPhone, Android and via the web.


Other best apps to use for notes and notes


The ones we have seen so far are the best apps for synchronized notes, but in the histories of phones and tablets we can also find other very interesting apps, to try for free on all devices:

We then choose one of the services mentioned and start taking notes digitally, without ever losing any important information for work or study.


Many note-taking apps have been lost or erased over time, forcing users to save notes elsewhere or even lose them. Using the best apps mentioned above we will have the certainty of having the most used and always active (as well as synchronized) apps in our hands, so as to never lose your notes and maintain synchronization between the various devices in our possession.

To learn more we can also read our guides Record with Android: 7 Voice and sound recorders app e List programs and reminders to remember.


Best apps for taking notes and notes on Android and iPhone