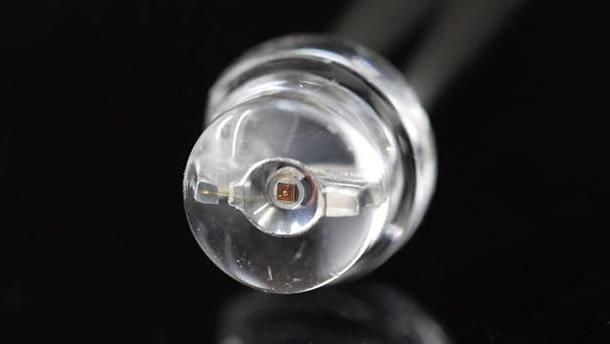 Before getting to the heart of the article, I would like to provide you with some preliminary information. I guess before I ask you how LEDs work, you have been asked at least once what, in concrete, these LEDs. Well, I'll be happy to give you all the information you need.

The LED is a electronic component formed by two filaments, or terminals (for this reason called bipole and, more commonly, diode), which allow the passage of electric current. In the core of the LED the two terminals are joined in a non-linear way, i.e. they do not touch directly, since they are separated by micro layers of material semiconductor, such as gallium, aluminum, silicon and others.

When the two terminals are crossed by electric current, the semiconductor material between them converts theelectric energy in light energy which describes, in short, the principle ofelectroluminescence. To work properly, this process must have sprung from the step of direct current (not alternating) at low voltage (1,3 / 4,5V).

To further summarize the nature of an LED, the light emitted from the electronic component is radiated by the junction of the diode, made possible by the crossing of direct current. From this issue the name of the LED, what does it mean Light Emitting Diode, or light emitting diode.

The operating principle of the classic LED of a TV (the one that identifies the standby state) is therefore the same as that of an LED placed on a chandelier. It can change the type of semiconductor used, it can change the physical structure of the LED which could be round, square, flat or "rounded" but both will work in the same way.

A key feature of the LED is that it can be tiny in size (less than 1mm) and it works at low current consumption. At the same time it provides a high light output thus improving theenergy efficiency used. This characteristic of the LED has allowed the world market to introduce the aforementioned electronic component in domestic, industrial and public lighting as well as in classic electronic devices in the form of “indicator lights”. 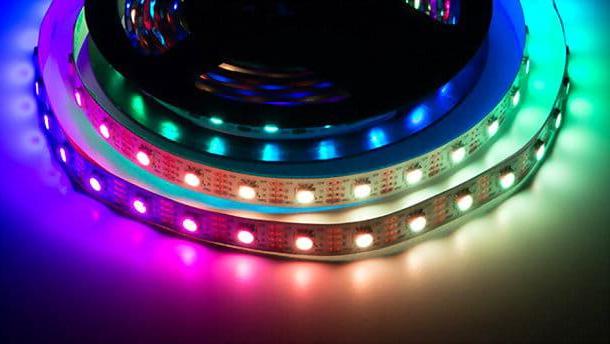 Originally, the semiconductor material used to experiment with light in LEDs was silicon which has the property of releasing white light. The more impure the silicon was, the more the light emitted was tending to a yellow / green color. At this point you may be wondering: therefore, how do colored LEDs work?

As we saw in the previous chapter, inside the LED and more precisely between the two filaments (or terminals), there are layers of semiconductor material. The combinations of semiconductors crossed by the electric current are able to transform the electric energy into light energy with the special characteristic of emitting photons in different colors perceptible to the human eye.

However, semiconductors alone are not enough to release photons in different colors. In order for the spontaneous emission of light to occur in the characteristic coloring of a semiconductor mineral, it is necessary to pass through the LED with an amount of tension (or voltage) specification. From here you can witness the emission of visible radiation in the form of color.

To give you a practical example, I'll tell you about the LED of blue color. Semiconductor materials capable of producing blue light are different - among the most popular you can find it zinc and selenium. However, in order to release perceptible photons with such coloring, it is necessary to apply a voltage of 3,5V to the junction of the LED.

The color red, common in almost all signaling LEDs located in household or industrial electronic devices (such as the TV light when in standby) is commonly produced by LEDs containing layers of phosphorus, gallium e arsenic but crossed by a minimum voltage of 1,8V.

Hence, the color of an LED is determined by the semiconductors used and the amount of voltage flowing through them. If the common red LED should be crossed by a voltage slightly higher than that stated in the previous paragraph, such as 1,9V, it could emit yellow light.

Based on this principle you can understand how RGB LEDs work (Red, Green, Blue). A multicolored LED can be composed of several semiconductors which, depending on the applied voltage, generate a different colored light. There are also multicolour LEDs with multiple filaments that contain an on-board electronic controller for managing the dynamic voltage and therefore the variation of colors.

RGB LEDs can also be used to emit White light; however color quality is not always high in this way, so high efficiency blue LEDs with layers of phosphorus. 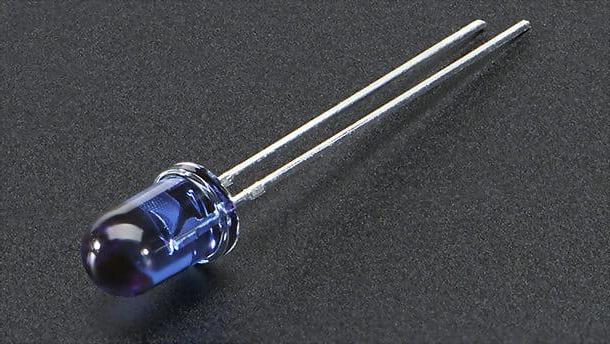 After seeing how colored LEDs work, the tempting question remains of the Infrared LED. If you think about it, looking at an infrared LED (found in TV remote controls or night cameras), you will not notice any light and no color, so what exactly happens? Well, in this chapter I will explain to you in a few simple words how infrared LED works.

theinfrared it is not a color perceptible to the human eye and is generated by the combination of specific semiconductors such as gallium,arsenic and l 'aluminum crossed by a very low current voltage (1,3V). This condition allows the LED to generate very low frequency radiation and therefore not humanly perceptible.

I would like to give you the example of Red LED: to obtain this color, the semiconductors crossed by the current generate radiation at very low frequencies, the lowest of any other color ever produced by an LED, in any case humanly perceptible. The "color" of an infrared LED is due to the emission of radiation at even lower frequencies than a red LED, no longer perceptible to the human eye: this is why the word infrared literally means "Under the red".

To give you some practical examples, the radiation emitted by infrared LEDs is commonly used in night cameras, which are able to interpret the rebound of radiation and convert them into images or colors, if programmed by specific software. You can find infrared LEDs in the remote controls of televisions used to send signals received and converted from photodiode usually located at the bottom of a TV. 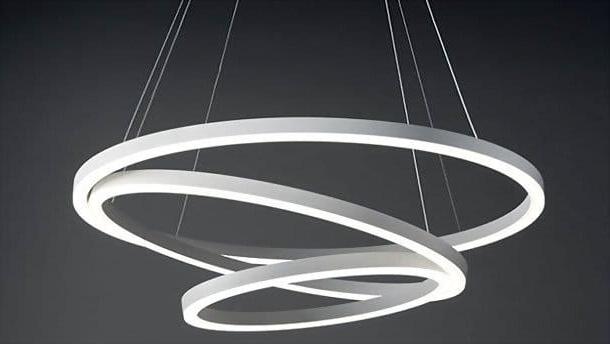 Now that you have a little clearer ideas on how an LED works, I guess you are thinking how can one small LED light up an entire room? That is why I will explain to you in this chapter how LED chandeliers work, which hide one or more groups of many small LEDs behind the glass bulb.

Exactly! The LED bulbs that you find on the market and that you can screw to a classic chandelier look like traditional bulbs, however inside the bulb you can find one or more matrices on which many small LEDs are installed (for greater light emission) . There are many types of LED bulbs designed with more or less LED matrices according to the intended use (home, office, shop, etc.).

LED chandeliers, on the other hand, are equipped with a precise quantity of LEDs, in order to achieve the brightness designed for the destination environment. The design does not affect the quality of the chandelier, as an advantageous feature of LEDs is that they can be installed in varying positions and distances in order to allow the chandelier to have particular shapes and unique designs.

Finally, the electronics necessary to transform the voltage into the value required by the quantity of LEDs installed is integrated on board the chandelier.

In rare cases it may happen that the LED chandeliers do not have enough space to allow the electronics to be installed on board, this is a reality that manifests itself above all with the LED strips.

In this regard, special ones are provided current transformers to be installed even in a remote place as long as they act as an intermediary between the chandelier and the 230V power line.

What I have just given you is some information, I hope useful, but still basic on the operation of the LEDs. If I have managed to whet your curiosity about this topic, I invite you to deepen the matter by consulting the various resources freely available online, for example Wikipedia, and by purchasing manuals and books on the subject. There is a very fascinating world that is just waiting to be discovered!