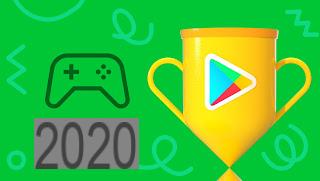 Like every year, Google has compiled the list of the best games of 2020, with two winners: one awarded by the Google Play Store and one chosen by users.
As in the ranking of best apps of the year, also that of best android games of 2020 has been divided into various categories, that of the most competitive games, that of the lesser known Indie games, that of the most innovative and original games, casual or pastime games. The games on this list are all released this year and almost all free to download on Samsung, Xiaomi, Huawei and other Android smartphones.

The winner of 2020, which is the game named as the best of this year by Google, is Genshin impact, an open world adventure game where you can explore a fantasy world. There are places to explore, fights, friends to play with and a lot to do in a virtual world to experience.

The most competitive games 2020 on Android to play against other people are:

The most innovative games of 2020:

The best Indie games that may become popular in 2020 on the Google Play Store are:

The most voted game by usersInstead, it is the wonderful football game Dream League Soccer 2021, which compared to more famous competitors offers the best gaming experience on a smartphone.
Among others Top rated games in 2020, those who were nominated, there are then: