Special features and tricks on Huawei and Honor smartphones 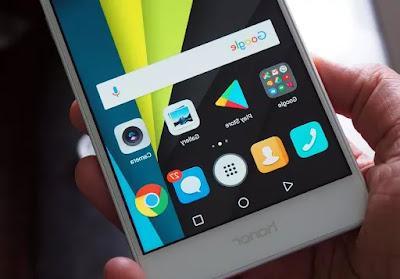 Huawei has become the second largest smartphone manufacturer in the world this year, overtaking Samsung and coming to tail Apple.
Not surprisingly, as the Chinese company is the most competitive and aggressive in the technology market, it is highly opposed in the USA, where it is also accused of spying with its devices.
Since there is no evidence in this sense and given that better smartphones arrive from Huawei than the competition (especially compared to Samsung), with decent prices and often much lower, it is normal that in the city it has become the number one seller, too. thanks to its sub-brand Honor.

Among the reasons for this success there is not only a competitive price and good build quality, but also and above all Huawei's Android system interface, simplified and with many more functions than the original Android on every Huawei smartphone (P10, P20, Honor etc.) which make it lighter and more optimized than, for example, the Android system of mobile phones from other brands such as Samsung or Asus.
On every Huawei and Honor phone it is installed Android 8, with interface Huawei Emotion UI also called EMUI, also at version 8.
The most recent models, those sold last year, will receive or have already received the update to Android 9 and EMUI 9.

In this post we therefore see the best tricks and most special features of Huawei and Honor smartphones with EMUI (P10, P20, Honor 9, Honor v10, Huawei Mate 20 PRO and lite versions).

1) The main EMUI screen
The default launche of Huawei phones is called EMUI which makes Android more similar to the iOS system, if only because the applications are all listed on the main screen as is not the case on other Android phones, where there is an app launcher.
The applications can then be grouped into folders and you can swipe down with your finger to do a search, just like you would on the iPhone.
The EMUI home screen has many customization options (by pressing and holding on the screen) to be able to change the graphic theme and transition effects.
Obviously, as in any Android smartphone, you can change the launcher and install a different one if you don't like EMUI, while still leaving the display and interface settings active.

The Display Settings allow you to activate the automatic and programmed eye protection, to change the style of the Home screen (to see only your favorite apps on the main screen, using the more classic button that opens the list of all apps), change text size and activate the screensaver.

In Settings> Battery you can do that to be the percentage of charge is displayed at the top, in the status bar.

2) Lock screen
For the lock screen Huawei offers a series of high-quality HD wallpapers that change every moment to show a different image.
The lock screen options are in Settings> Security and Privacy> Screen Lock, where you can activate the Magazine Unlock function to see different images each time on the background of the lock screen.
The wallpaper changes every time you turn on the phone screen and you can easily change the wallpaper manually by swiping down with your finger and pressing the keys to see previous or next images, or by adding your own photos.
Swiping up from the bottom of the lock screen gives you quick access to some common functions like the sound recorder, calculator, flashlight and camera.

In this set of options you can also add custom text, change style and change unlock method.
On some smartphones, you can register your fingerprint for finger unlocking or even activate smile unlock, so you can unlock it just by looking at the screen.
The Huawei EMUI lock screen is also better than the standard Android one for the way it displays notifications, more beautiful to look at and more elegant in transparency in the background.
The options for notifications on the lock screen are in Settings> Apps and notifications> Apps, choosing for each app whether to show notification also on the lock screen.

3) No Bloatware
In Huawei smartphones, despite the profound changes to the Android system, there are no pre-installed apps that cannot be removed (as is done on Samsung and Asus).
Even if you just bought a Huawei or Honor phone you will notice numerous installed games and suggested apps, these can be removed freely.
The result is that the modified Android system is not unnecessarily large and does not take up too much internal memory as it does on Samsung.

4) Finger gestures and knocks
On Huawei and Honor smartphones with EMUI there is a very special trick: the "flick of the knuckle" using the finger.
For example, you can take a screenshot of the screen by double-flipping your knuckle or you can also start video recording of the screen by using a double-knuckle swipe on the screen (As you would to knock on the door).
In addition to the knuckle strokes there are also several configurable gestures to perform quick actions, for example to mute a call by turning the phone over or putting it to the ear to answer, without having to touch any key.
The options for activating knocks are in Settings> Smart assistance where you can also activate tricks like the use with gloves, L 'use with one hand and of motion controls.
The latter allow you to end a call by placing the phone on the screen, to activate the screen by lifting the phone, open applications by drawing the letter on the screen, and to swipe the knuckle horizontally to split the screen between two applications.
In some Huawei smartphones, you can also have the ringtone volume of a call automatically lower when you pick up a phone and tilt it to move icons and widgets.

One-handed operation can be activated automatically by swiping your finger diagonally from the corner upwards.
In addition, the movable keyboard can also be activated for easier one-handed typing.

In the Smart Assistance settings of a Huawei and Honor smartphone, you can also find the option to activate the pocket mode.
Basically, the cell phone automatically recognizes that it is in a pocket or bag and raises the volume of the ringtone to make sure that you hear it when it rings.

5) The camera app
Huawei offers its very feature-rich camera app for its smartphones, which is easy to use on the P10, P20 and Honor, with different shooting modes that you can choose by swiping up from the bottom of the screen (or to the left, in portrait mode).
Switching from auto to pro is also quick and easy, just by swiping the shutter button out.
The Huawei camera also has several integrated filters to enhance photos among which:
- The beauty filter in portrait mode, to make the most beautiful faces.
- Artist mode: to turn photos into comics or works of art.
- Instagram-like filters to activate in real-time shooting mode.
- Take pictures with a smile: to be activated in the camera settings.
- Document scan
- AI effects.
- Bokeh effect: with the icon showing the lens aperture.

6) Privacy options
Huawei's EMUI software takes care of user privacy by adding a set of options (in security settings) with special tricks absent in other Android smartphones.
The options to use are:
Private space: which hides some icons from the Home screen with a password that only the owner will be able to see, so that you can keep the phone unlocked, but with some things not visible.
Block App: to block the opening of some apps with a password.
File in the safe: to protect some files from outside eyes

7) Do not disturb
The do not disturb mode in Huawei can be configured under the Audio options section and is better than the one included in Android because it allows you to prevent receiving notifications and phone calls at certain times of the day, or with a timer.

8) Integrated phone maintenance tools
Huawei doesn't have pre-installed apps, but it does provide some very convenient built-in tools including:
- Archive cleaning: in Settings> Memory is a kind of Ccleaner or Cleaner Master and is used to delete obsolete files to free up memory space automatically.
- File management, an internal app to browse system folders and find all photos and files stored in memory.
In this app there is also the possibility to protect a file with password and AES encryption to prevent its viewing by other unauthorized persons via the Safe function.
- Firewall, to prevent some apps from connecting to the internet: Go to Wireless and networks> Mobile data> Network apps and for each installed app it is possible to deny access to the data network and wifi.
- Battery saver, to check if there is any app that consumes too much energy and to choose the energy saving plan, activating when you need the energy saving mode or the Ultra saving mode that disables everything except the basic functions of the phone.
- Automatic optimizer: In Settings> Battery, to configure the Huawei smartphone to save energy.

9) Program the phone to turn on and off
You can make sure that your Huawei or Honor phone turns off automatically, perhaps at night and turns itself back on, perhaps before the alarm goes off.
This special trick can be configured from the Smart Assistance settings

10 ) Simplified mode
If you need to configure a Huawei or Honor smartphone for an elderly person or who has less capacity, you can activate the simplified version of EMUI which shows large buttons for the main functions and prevents any errors.
This mode is found in Settings> System> Simple Mode.

11 ) One to three main buttons
It is possible, on Huawei's Android, to change the navigation mode on the phone by eliminating the buttons on the sides of the main one.
In Settings> System> System Navigation you can choose one-key or three-key navigation and also activate the quick menu with movable button.

13 ) Phone Options
The phone app has many special features in its settings.
Then open the numeric keypad to call and press the key with three dots at the bottom to open the settings or use the harassment filter, which allows you to blacklist numbers from which we do not want to receive calls.
In the call settings you can activate the voice commands to answer or reject a call and use speed dial to call by saying the person's name.
Furthermore, by scrolling down, it is possible to activate the option of pocket mode, to increase the call volume when the Huawei or Honor smartphone is in your pocket.
The options for speed dialing and for rejecting calls with customizable SMS complete the picture.

14 ) Add users and guests
In Settings> Accounts you can add new users to the phone to keep accounts separate if the smartphone is used by two people.
The interesting option is that of the guest account, ideal for leaving the phone to other people, lending it or showing it, without showing them our personal data.
The option to add locked screen users is a good way to always keep a guest access open that can use the Huawei or Honor smartphone without letting us unlock it.

Special features and tricks on Huawei and Honor smartphones