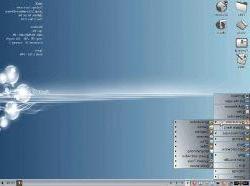 If there is a good reason why it is better to use Linux than Windows is that on an old computer you can find many distributions that work very well and keep that computer as fast as it used to be and maybe faster. The problem with Windows is that, in the end, each new version becomes larger than the previous one and requires a certain amount of RAM memory and a certain processor power to work well, otherwise it will be very jerky and with slow loading. Thanks to some Linux distributions instead you can go back to using an old PC or one of those small notebooks that have little memory.
These Linux distros are not old versions, but operating systems complete with all the programs that are developed with the aim of returning to use the PCs that Windows and the evolution of programs have made almost obsolete. In this article we see which Linux distros to use for older PCs, those with low memory, almost obsolete processors or with very limited hard disk.

1) For really old computers the smallest distros you can use are Puppy Linux, Vector Linux and Antix. These are complete operating systems, with basic programs and a desktop environment very similar to that of Windows. Puppy Linux can be installed on a USB stick
In addition to being extremely light, they are also very small so that they can be enclosed in 256 Mb of disk space. Puppy Linux has inside a collection of software and apps for graphics, office, to surf the internet, listen to music and watch videos. Puppy Linux is designed to be extremely lightweight and consumes only 100MB of space once installed, 256MB if you want to include the full OpenOffice suite. Puppy Linux loads into your computer's RAM, so it's super fast and apps open instantly. It is also possible to save files and customizations to the USB drive containing Puppy Linux. Puppy Linux has very low minimum system requirements and only requires 128MB of RAM, although 256MB of RAM would be recommended.

Antix is a similar, fast, lightweight distro that installs live on a CD or USB stick, for 32bit x86 computers only. The goal of antiX is to provide a fully functional and flexible free operating system for both novice and experienced Linux users. It should work on most computers, even Intel Pentium 2 or AMD single Core, with 128MB of RAM minimum. The full installer requires a minimum hard drive size of 2,2GB.

TinyCore is a small, fast Linux-based PC operating system, at only 11MB. This distro loads and resides only on RAM and is without graphics.

2) For older computers but not very powerful in hardware and for netbooks with a little disk space there are lightweight distros also ideal to replace Windows XP or Windows 7. Among these we have some that I have already written and others that we mention here for the first time:


3) For all computers you can do the OS download Google Chrome as operating system quick, fast and fully functional, great for getting any PC or even Mac back fast.

Depending on the age of the computer and its hardware components, it is possible to revive an old computer or a laptop with little RAM by removing Windows and installing Linux with the distributions listed here.
Some, like Vectorlinux or AntiX, are ideal for machines that have a single core processor or less than 1GB of RAM, while others like EasyPeasy or Emmabuntus work fine on newer PCs, but still unusable with Windows on, even with Windows XP.
The advice is to do some tests since they can be tested live on a USB stick on any computer in a simple way using UnetBootin, the program for create a bootable Linux USB stick on each computer.