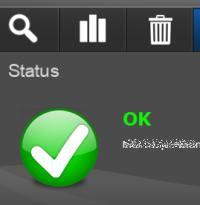 Antivirus is perhaps the most important program on Windows, but as it must always remain active in the background, it can also be due to computer slowdowns. The worst time, where the PC can slow down significantly if you are doing something that consumes resources, is the scan that is generally done every day or every week by the antivirus to check that there is no malware on the system.
Fortunately, today's computers are much more powerful than in the past and even antivirus have been optimized not to be heavy on computers (the days of the old mammoth Norton Antivirus that had all computers planted in offices are long gone). Furthermore it is also possible configure any antivirus so as not to slow down Windows and programs, without giving up real-time protection and virus control.

1) The first thing to do to make the antivirus lighter is the configuring exclusions and exceptions.
Antivirus usually scan every file before allowing them to open. If you use a file often and are sure there is no danger, you can exclude it from this check. There are no great advantages in excluding small files, but for large files (such as the installation file of a program or a virtual machine) or large groups of files (such as the photo collection), the exclusions, both from the control that from scanning, can help.
In another article a more in-depth guide to exclude paths and folders from antivirus scanning
To configure exclusions in antivirus such as Windows Defender in Windows 10 open Settings Windows 10 from the Start menu and then go to Update and Security> Windows Security> Open Windows Security and under the Analysis Options, you can configure fast analysis automatic. In another article we also saw a trick to limit Windows Defender CPU usage.

2) Use the game mode
Some antivirus offer the possibility of activating the "game mode" (or Game mode) which does not increase the performance of the computer, but prevents the antivirus from disturbing the user when he is playing a video game or using an application at all. screen. "Game Mode" turns off notifications and other alerts so it doesn't disturb you while watching a movie or playing games.
In some antivirus it is also called "silent mode".
In game mode the antivirus will delay scheduled scans and automatic updates so as not to consume computer resources. Some antivirus programs activate game mode automatically when they recognize that a game or program that opens in full screen is running. In other cases it can always be configured in the settings.
Windows 10 game mode disables Windows Defender scans.
3) Adjust scheduled scans
Antivirus requires that you check your computer automatically every now and then. Generally they are smart enough to start scans when nothing is done on the computer, but it can also happen that the control starts up while working on something, effectively slowing down operations.
In the settings of each antivirus you can decide when to do the scheduled scan and it is important to choose a day of the week and a time when you are sure that the computer is on. In fact, if the antivirus found the computer turned off, the scan would be postponed to the next restart and it may not be the best time.

4) Exclude removable drives
Some antiviruses automatically scan USB drives, CDs, and DVDs when they are inserted into your computer. In this way, malware-infected drives can be identified, preventing the infection from infecting the system, but this causes a certain amount of waiting. Also in the anti-virus settings you can exclude the control of removable drives which is recommended if on the desktop PC at home and on the laptop, if it is always used by the same person.

5) Choose the realtime protection settings
In some antivirus, you can choose the level of protection between normal, aggressive or permissive. The aggressive one uses more computer resources while the permissive one is lighter. Instead, what is present in every antivirus is the possibility of exclude .zip files from checking and other files that would be recommended.

6) Fast manual scans
With any antivirus, you can do a manual check to see if your computer is clean. In general, however, it is useless to check the entire system because there are areas of the PC where a virus cannot really be present. For example image collection, music folder, archives etc.
Furthermore, it is not necessary to check all disks or partitions because viruses affect the central system, ie where Windows is installed, the C: drive. It is therefore advisable to avoid too long and unnecessary scans.

7) Using a lightweight antivirus: What are the lightest antiviruses?
If you are using Windows 10 the answer is almost obvious: the lightest antivirus is Windows Defender included in Windows 10.
The other antiviruses are generally more complex and powerful programs that collect together more protection tools: antivirus, firewall, antimalware, antiphishing, website checker, Email checker, etc. The important thing, however, is only the real time protection of the antivirus while the other tools are already integrated (at a minimum) in Windows and web browsers and can be superfluous if you use your PC with common sense. The best, in this respect, is probably the free BitDefender antivirus.