Better alternatives to Kodi to manage watching movies and videos 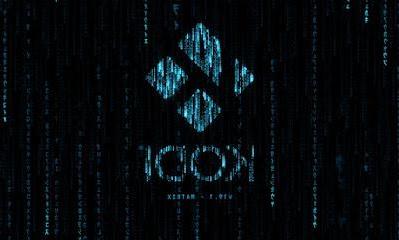 We tried Kodi on smartphones or smart TVs but its interface and features didn't convince us? The luck of Kodi is largely due to the large number of Add-ons that can be installed (streaming, IPTV and the like) and the great level of interface customization, which make it one of the best programs in the free media center landscape. , it is no coincidence that it is omnipresent in all TV Boxes sold online as the main app (complete with a dedicated icon).
Kodi is open source and, even if this information might seem useless, just the open code has led Kodi to be maintained by more and more developers in recent years. However, Kodi is not for everyone and many people may find it not easy to use, especially if they do not need the various additional plugins and instead want a simple program for organizing and watching videos and films stored on their computer or hard disk.

So let's find out below all the an alternative to Kodi that you can download on your PC or even as an app for your smartphone or tablet, for view multimedia content even on TV, equivalent to Kodi for all basic functions, to manage movies and videos on PC, better and easier to use.


Before discovering what the alternatives to Kodi are, let's see together the difference between the various types of programs designed to manage multimedia content on a PC or other type of device (a NAS for example). Here is the list with all types of software and their accurate description:
If possible we try to choose a hybrid media center program, so that it can be adapted to all scenarios without having to install 2 separate programs from time to time. For example, Plex is available as a server and as a player on any device, just like the Emby alternative (valid both as a Media center and as a DLNA Media server to send multimedia content over the network).

To learn more we can also read ours Guide to DLNA servers. 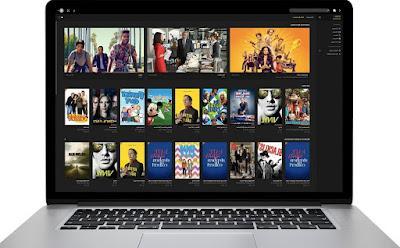 The best alternative to Kodi is without a doubt Plex. This program is capable of index media folders by content (Movies, TV Series, Music and Images) and to add all the information necessary to better catalog all the files: from the poster to the plot, the launch trailer and the name of the actors present.

In addition to the graphic aspect of the contents Plex is able to automatically download and use subtitles on foreign language movies (or with forced subtitles), it allows you to convert files played on TV or devices not compatible with a particular codec on the fly and to show the contents at the right quality based on the screen resolution and network capacity.
The free features of Plex are provided with the Plex Media Server (can be installed for free on Windows, Mac, Linux and other devices such as NAS) while in order to view indexed content you can use the Plex mobile apps, apps for compatible Smart TVs or a Chromecast. Plex also offers a subscription service called Plex Pass, which allows you to view indexed content on the server outside the home and to use the app for Android and iPhone without limits (which works in demonstration mode until you purchase the subscription).

We can install Plex using the Plex apps for Android and Plex for iOS, which can be used freely combined with a Chromecast (without time limits) and in demonstration mode (10 minutes limit) for playback from the device display. The apps for playing indexed content on consoles, TVs and other devices can instead be downloaded from here -> App Plex (choosing the type of device to use for viewing).

Emby is another valid alternative to Kodi from which it takes most of the features by bringing them together in a single free program.
This program is in fact labeled as "hybrid" media server, because it can act as a content indexing server (like Plex) both as a real multimedia player (like Kodi), thus offering the possibility to see films, images and TV series directly inside the program and at the same time transmit the contents on the LAN network to be viewed on another PC or on the Smart TV .

Emby indexes the contents retrieving all essential information from the Internet in a completely automatic way, you just need to indicate the folders that the program must monitor. How Plex Emby offers file transcoding: indexed content can be viewed on a device on the network even if it is not compatible, Emby will take care of converting it to a more compatible format.

To learn how to use Emby we can also read ours guide to Emby, the universal media center for PCs, TVs, smartphones and tablets. 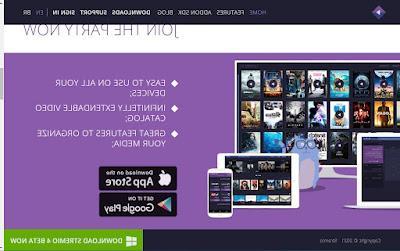 Stremio is a very interesting alternative if you want to try something similar to Kodi, but easier to use. One of the strengths of Stremio is its source search function which will find all possible sources for any given title and allows you to choose what you want to see. Stremio will notify us when new episodes / videos / movies that interest you come out. It can also provide movie recommendations for you.

To use Stremio also from a smartphone or tablet, simply download the Stremio app for Android; at the time of writing, no iPhone or iPad app is available.


The ones we have shown you in the guide are all valid alternatives to Kodi, so you can share all the movies and TV series on the network in the memory of a desktop PC or on a NAS device. All the programs reported are free for personal use, but may have paid features: just avoid these features or disable them when required to continue using the free features without limits.

To learn more we can also read our guides best media center programs for PC e Create a home-cinema system to connect to the TV to watch movies and videos online.

Still on the same topic, we suggest you read our guide Watch streaming videos and movies from your PC on TV with Chromecast.


Better alternatives to Kodi to manage watching movies and videos