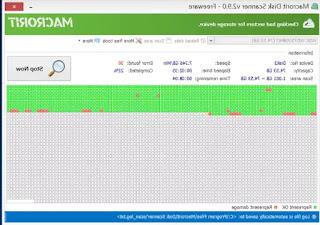 One of the main causes of a crashing computer not booting or having data that fails to load is the presence of bad sectors on the disk, be it a hard drive or SSD.
Bad sectors (also called cluster) occur when a part of the disc can no longer be written or read. When you save a file to the hard disk, the data is saved in several sectors that may or may not be adjacent to each other. If a sector that contains data from that file is damaged, it will be impossible to access and load it without errors occurring. Bad sectors on a disk cause errors (freezes or blue screen errors), poor performance, and PC overheating which can take time to try to read data.
Sectors of the disk can be damaged for many reasons, random or due to shocks, excessive heat or sudden shutdown of the computer.
To repair bad sectors of a disk it is possible to use the disk error checking tool on Windows, called Checkdisk or Scandisk explained in another article, or an external program that may be more effective and capable of try to recover files written on bad sectors. Speaking of free programs, we have here at least 4 excellent software that can repair bad disk sectors on hard disk or SSD, to be used as the first solution when the scandisk does not solve anything, when the PC often crashes and when there is a file that it is not possible to open because it is not readable.

ALSO READ: Check the status of the Disk (HDD and SSD) with health, performance and speed tests

Seagate has two programs that do disk testing, both of which are called free SeaTools Bootable e SeaTools per Windows, both downloadable from the official site, one more complete and powerful (the Bootable), the other simpler to use, to try first.
SeaTools for Windows, as well as the bootable version, performs several fundamental tests to determine the state of the computer's disk, compatible with all types of internal drives, both hard drives and SSDs, and also with external drives connected via Firewire or USB. The program works with discs from all manufacturers, not just Seagate's.

HDDScan is a historical disk health checker that works with all types of drives, including SSDs. Easy to use, this is a portable program that doesn't need to be installed and that supports Windows 10, Windows 8 and 7.
This tool includes a Windows scandisk-like disk check tool that allows you to find and try to recover bad sectors. With HDDScan you can also measure the speed of the PC disk, to compare it with other similar models, useful to know if it is worth replacing it or not.

Macrorit Disk Scanner is a free and automatic program that checks the disk trying to detect and repair any bad sectors found. Without requiring installation, the program starts with a click after downloading it and in its interface shows a visual representation of the progress of the scan, indicating with a red square the clusters with problems. This tool is updated frequently and works with all versions of Windows, including Windows 10. There is a paid version of this program with more features for those who need more than just an occasional check.

GSmartControl is an open source program for Windows, Mac and Linux that can be downloaded in a portable version or in a version to install. GSmartControl can perform three different disk tests and gives a detailed judgment on the health of the hard disk or SSD.
The tests are the quick two-minute one, the extended one that lasts over an hour and inspects the entire surface of the unit for errors and then the Autotest, a 5-minute scan that is used to detect any damage that may have occurred during the transporting the unit. You will also find special information, such as the power cycle count, the error rate and the number of calibration attempts.

ALSO READ: If the hard disk is slow in uploads and file transfers (external and internal)

Restoring iPhone settings: everything you need to know ❯

We have been able to provide in 98% of times, the solutions that users were looking for when consulting our page.