Who I am
Lluís Enric Mayans
@lluísenricmayans
EXTERNAL REFERENCES:

10 most common problems with the PC keyboard, when the keys do not do what they should or do not work correctly 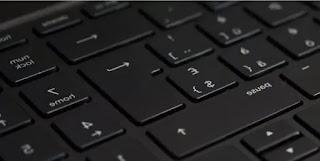 It also happens to the best to press some combination of keys, without realizing or by mistake, and find themselves with the keyboard going crazy and the computer doing strange and unwanted operations. This problem occurs regularly when a child puts his hands on the keyboard and presses random keys, activating functions that were not even known existed. Until one of these problems is encountered, in fact, one does not know what to do to solve them and the first thing that comes to mind is "will it be the fault of a virus?".

If the buttons do not work properly, in 99% of cases a virus has nothing to do with it, the fault is simply special key combinations that, on Windows, activate specific behaviors that may seem anomalous such as, for example, the screen overturned, or the fact that the numbers do not work or that the various symbol keys are all messed up.
Let's see then the most common keyboard mistakes and how to fix them.

1) Inverted screen
On laptops and with almost all graphics cards, Windows can be set to work as if you had a tablet, and thus, you can change the screen orientation from landscape to portrait or even upside down.
This happens when the keys are pressed CTRL + ALT + ARROW KEYS.
To solve the problem just press CTRL + ALT + Up arrow and restore the display in the right orientation. If the Windows screen flips to the side and the shortcut above does nothing (only works if the video card is Intel), go to Settings> System> Display
(in Windows 10), scroll down until you find the Resize and Layout option and set theHorizontal orientation .

If you want to disable screen rotation, you can go to Control Panel-> Programs-> Uninstall Windows Features -> uncheck the tablet PC components. However, this works at the system level and if the video card software is controlling the rotation, then you just have to be careful.
The flip screen is one of the simplest and funniest computer pranks on your PC to play on friends or work colleagues.

2) The next letter is deleted
Those who write documents can often find themselves in this situation where, when editing a text, each letter written on the Word sheet deletes the next one. Overwrite mode often turns the cursor into a highlighted box around the current character. The fault lies with the INS key which does not give any warning when it is activated and which serves to make text correction faster. Then try to press INS again and write to continue correctly and solve the problem.

3) The password is always wrong
When you type a password to log into an account or even to log into Windows, the characters are covered with dots and you don't see what is written. One then types the correct password but discovers that it is no longer accepted, perhaps because he is writing it in capital letters. Automatic uppercase is activated with the key Caps Lock o Caps Lock which, in almost all keyboards, turns on a little light and can be represented by the padlock symbol.
Some might think that this error is too trivial to be mentioned here, instead it is so common that in many sites and programs where you type the password, a warning appears to make sure you have deactivated the Caps Lock, which in Italian is Caps Lock.
If you find that this key is never used, it would be productive to change keys (remap) or disable it so that you won't be mistaken again.

4) The numeric keypad does not work
Most keyboards include a numeric keypad, even in laptops. The number keypad is useful when using calculators or math programs but has a double function. It can be used as numbers or as arrows to move around the screen. What changes this behavior is the key Bloc Num o Num Lock in English keyboards.
Therefore, if the numeric keyboard does not work, you must press the Num Lock key and a small light appears on the keyboard indicating the activation of the Num Pad. On some laptops, it is necessary to use the Fn key, to activate NUM LOCK.

5) The characters and symbols are no longer those indicated on the keys
Computer keyboards differ by country and language. Therefore, depending on the language set on Windows, the keys change function and write different symbols. On the computer there is always the Italian language, but also the English one. To check this, just press the button IT in the Windows taskbar and find that there is also the option EN to activate English writing.
What really often happens is to change the language from IT to EN without realizing it, making the mistake of pressing the keys at the same time Left ALT and SHIFT or, in Windows 10, also by pressing the key combination Windows and Space Bar.
Try pressing ALT-Shift together and notice that the language changes from IT to EN.
To solve the problem, check the bottom right of the desktop if it says EN and press alt + shift to return IT with the Italian language and the correct key symbols.

In some rarer cases, due to a program or a setting change, the date format may have been changed causing some errors, perhaps written in Chinese.
To solve the problem, you can go to the Control Panel -> Countries and language (or international settings) and put the Italian language on the first tab of the date format, on the location and on keyboards and languages.
In Windows 10 you can also go to Settings> Date Time and language and set the Italian language for the keyboard, removing other keyboards or language packs.

In Windows 10, the language and keyboard layout options can be found under Settings> Date / Time and Language.

6) The text size of web pages changes
When browsing the internet, web pages may appear larger or smaller because you have pressed the CTRL key while moving the mouse wheel. This is very useful if a web page is too small to see or to put more information on the screen. The key combination CTRL-wheel it also works on Windows, on the desktop and on any folder by enlarging icons and texts. To quickly restore zoom to 100%, just press the key combination CTRL + 0

7) The arrow keys scroll through the Excel sheet
Those who use the Excel program can run into this problem where the arrow keys, instead of scrolling through the cells, move the sheet up and down.
The person responsible for this mystery is the key Scroll Lock o Bloc Scorr. This key, a relic of times gone by, is useless but works on Excel. To disable scroll lock, press Scroll Lock which, in some cases, is indicated by a LED such as Caps Lock and Num Lock.

8) The computer went crazy!!
I think there are still many people, myself included, who have thought of throwing the PC out of the window because it busted every single trivial operation. For example, you are no longer able to select multiple files together, you can no longer write, windows are no longer iconized or disappear by themselves and the PC crashes by itself. The fault lies with the infamous Sticky keys, a Windows feature that supports those forced to use the keyboard with one hand. They make it so that you don't need to hold down shift or alt to do a key combination. Sticky keys can be activated by mistake with some ease by pressing Shift key 5 times and remove the switch from the "Use sticky keys" option. A beep is usually heard when they are activated.

In Windows 10, to disable this sticky keys feature, go to Settings> Ease of Access> Keyboard and disable the Use Sticky Keys option.

In another article it is written how to disable Sticky Keys and Filter Keys in Windows, but if it happens, the problem is quickly solved even by pressing 5 times on Shift.
You will not see any warning, but you should hear a beep again confirming the deactivation.

9) The laptop touchpad does not work
There are many possible reasons why your laptop touchpad is no longer working, one of them being the keyboard. Most laptops have a key Fn which performs additional functions when combined with other keys, including brightness adjustment, video control and other things. Many keyboards also have a button that disables the touchpad. The key combination, in this case, depends on the model of the notebook so you have to find out what it is by searching for it on Google.

10) Window or browser menus disappeared
This is rather trivial, but if you find yourself stuck on an application or a website open in full screen without more buttons and menus, just press the button F11 to return to the normal situation. Browsers such as Chrome, when opened in full screen, display "Press F11 to exit full screen mode".

These are probably the most common keyboard errors although perhaps not the only ones. If you have had any experience with other keyboard shortcuts that have been problematic, please let us know how you solved the problem.
It may then be useful to know also:
- The main key combinations and shortcuts for Windows
- Main uses of function keys on Windows, F1, F2, F3 ... F12
- Choose the function of the Fn keys on laptops
- What are the Stamp R Sist, Scroll Lock, Break Break, Ins, Num Lock keys used for?

Tricks to optimize and manage the Windows Recycle Bin ❯

add a comment of Keyboard crazed and keys not working, what to do