All the ways to reset the BIOS, even removing the CMOS buffer battery from the motherboard 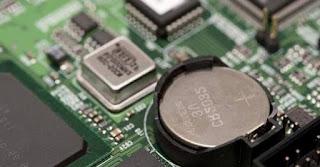 If while using the computer we notice a hardware compatibility problem or we have set a password for the BIOS / UEFI that we no longer remember, we must not despair, since everything on the computer can be solved using some special procedures.
In these cases we can restore in a simple way from the BIOS / UEFI (if accessible) or we will have to open the computer case or the back doors of a notebook to access some contacts or a buffer battery, so as to clear the CMOS memory, which stores the BIOS / UEFI password at boot and any hardware settings that may have been changed from the same menus.
In this guide we will show you then how to do a BIOS / UEFI reset using various possible methods (including clearing the CMOS memory), so you can restore the PC boot to factory conditions.
The procedures themselves are not difficult to apply, especially the first one (which should really be within everyone's reach). If we are unable to restore the BIOS / UEFI via software, we will have to act directly on the motherboard, taking care to remove the electricity and remove the panel of the desktop case or one of the rear doors of the laptops.
ALSO READ: CMOS Checksum Error: How to fix the BIOS problem

In most cases, it is possible clear the BIOS / UEFI settings directly from their menus, by performing a reset to the default values ​​via software. To do this, we access the BIOS / UEFI of our computer by restarting it and pressing a precise combination of keys, such as those visible in our guide How to access the BIOS on computers of all brands.
Once the special BIOS menu (present on old computers) is open, we use the directional arrows to take us to the section Exit, we select the item Reset To Default, Load Factory Defaults, Clear BIOS Settings, Load Setup Defaults, we select Yes then we press the key Enter on the keyboard to clear the CMOS memory and restore the original motherboard settings. 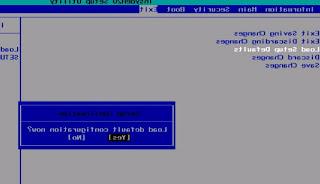 The computer will reboot and load the BIOS default settings the next time you boot, so you can fix any hardware problems right away.
If we have a motherboard with UEFI, we open the advanced settings, let's go to the menu Save and Exit (also called Exit, Save & Exit or similar names), we select the item Load default settings (also called e Reset To Default, Load Factory Defaults e Load Setup Defaults), we select Yes o Yes then we confirm with the mouse or with the key Enter on the keyboard. 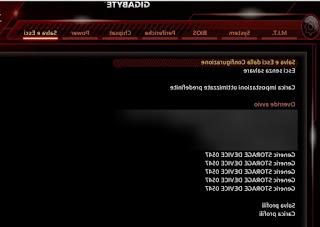 Exactly as seen on the BIOS, the computer will restart and load the UEFI factory settings, so as to restore any hardware problems.

If the BIOS / UEFI is not accessible or we have set a security password that we do not remember, one of the advanced methods for clear the CMOS memory plans to open the computer case and find the motherboard CMOS Jumper.
Many motherboards have a blue jumper that can be moved a certain way to clear the CMOS settings. 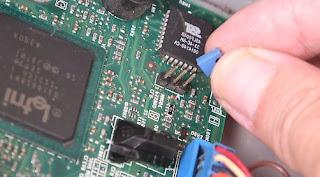 The exact position of the jumper can be found in the manual of the motherboard or computer, but it is very similar between all motherboards: we remove the electrical socket of the computer, we identify the jumper also helping us with the writings on the motherboard (of the type CLEAR CMOS , CLEAR, CLR CMOS, PASSWORD, or CLR PWD), let's set the jumper in the "clear" position for a few seconds, then put it back in its position.
Now let's close everything again, plug the power socket back on and turn the computer back on to verify the correct cancellation of the CMOS memory.

PLEASE NOTE: on some motherboards there is no jumper to move, but we will find two close contacts to "short" using the tip of a screwdriver, to be held between the two contacts for at least 10 seconds.

If your motherboard doesn't have any Clear CMOS jumper or we don't want to touch the jumper or chips, it's possible clear the CMOS settings by removing and replacing the CMOS battery which provides the power needed to maintain BIOS / UEFI settings. 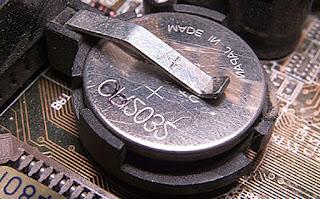 The battery is located on the motherboard and is round, flat and silver; to remove it, just pry the contact that holds it firm on one side, so that it comes up and can be easily removed. After removal, wait at least 1 minute before putting it back.
On laptops the CMOS battery is very similar only that it could be slightly more difficult to access it, since we would have to remove the rear panels (usually the CMOS battery is present in the same door where the RAMs are housed). 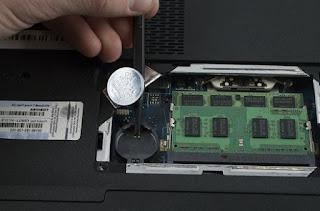 If we do not find it we will have to remove the entire rear panel of the notebook, not within the reach of any user.

Doing a BIOS / UEFI reset is quite simple from a software point of view, but it can also be simple to apply on the hardware side, working on the right jumper or on the CMOS buffer battery.
Since removing the CMOS battery can lead to unexpected events and even fatal errors for the motherboard, we only carry out these operations if there is a valid reason (a computer hardware problem or the need to reset the BIOS password), avoiding play with the circuits of the motherboard or with the jumpers present on it.

In another guide we have seen What the BIOS is for and what it does in a computer, so to learn what this important software component of the motherboard and computer does.
If the hardware problem is not resolved, we can try to update the BIOS / UEFI by reading our guide on How to update the PC BIOS / UEFI.

How to reset / reset your Mac and reinstall MacOS ❯

add a comment of How to reset UEFI BIOS

We have been able to provide in 97% of times, the solutions that users were looking for when consulting our page.