Best programs for those who use Ubuntu instead of Windows 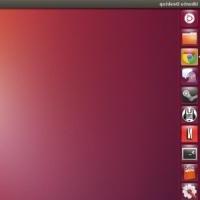 With the release of Windows 10, all computer users should start thinking about how to upgrade their PC. Those who still use Windows 7 and do not want to buy a new license of Windows 10 or those who have an old PC on which Windows works poorly, then there is only one way left: switch to Linux.
With the release of the new version of Ubuntu, there has never been a more opportune time to start using Linux instead of Windows which, I remember, is a free and free system also for commercial use
With this brief guide we see how to make Linux a great replacement for Windows, installing alternatives to the most popular programs.

The starting point is Ubuntu, the Linux version or distribution you need install on the main pc if you actually want to replace Windows for everyday computer use.
Ubuntu is a complete and powerful operating system, easy to use, which also includes the suite with LibreOffice office programs, a free alternative to Microsoft Office, Firefox to surf the internet, Thunderbird for e-mail and many other applications for watching videos, playing music, chat and more. Ubuntu can be downloaded freely and for free, burn to a DVD and install, as the main operating system. If you prefer first give it a try, you can boot your computer from the DVD and start Ubuntu Live, without installing it.


While installing Ubuntu you will also be offered to install some additional software such as Flash and of codec to listen to music and watch videos. Once Ubuntu is installed and rebooted with the new system, be sure to install the latest updates via the Software Updater application that appears. Ubuntu can be used instead of Windows without having to learn particular things, always using the mouse to launch programs and administer the system by changing the options. In some cases, to install some programs, it is required to write commands with the keyboard. Without any fear of making a mistake, they must simply be copied and executed following the instructions that can be read in the guides or on specialized sites.

On a Linux computer there are a few programs which are excellent alternatives to the most famous programs used on Windows. They can be searched, downloaded and installed directly from the system, from the Ubuntu Software Center (in other distributions it is the same thing but, if not found, they can always be downloaded from the internet).
Divided by categories, let's see the list of the best programs for Linux:

1) Videos and DVDs
Though Totem, the default Ubuntu application works fine, VLC it is certainly the best program to play videos on Linux Ubuntu or other distros. Another great Linux program is SMPlayer. It is also worthwhile to install the Ubuntu Restricted Extras using the terminal and running the command: sudo apt install ubuntu-restricted-extras

Linux doesn't have a program yet video editor that can compete with Adobe Premiere and Final Cut Pro.
But if we talk about simpler programs like Windows Movie Maker, On Linux there are very valid alternatives like Kdenlive, full of advanced features, Pitivi e OpenShot as more basic solutions for users with simpler needs.

To play DVD with Linux Ubuntu, due to copyright issues, installation of an additional codec called libdvdcss2 is required (see instructions here).

It is also recommended to install the optimum Kodi and also Plex to turn your computer into a multimedia center (ideal for a laptop).

2) web browser
Except Internet Explorer and Safari, all other popular browsers are also available on Linux. By default, Ubuntu's internet browser is Firefox. If you prefer, you can install Chrome or Opera in the official version for Linux. The Linux version of Chrome supports web applications, extensions and everything that also works on Windows. Linux is also packed with lesser known browsers and lighter alternatives that work very well like Midori.

3) Email Client
If you have to use a program to send and receive e-mail on your computer as you did with Microsoft Outlook on Windows, you may find the Mozilla Thunderbird program already installed on Ubuntu.

An excellent alternative is the Calligra Suite, complete solution of office programs. This project is not as mature as LibreOffice, but it is in a very active state of development and has a different approach, with all programs using the same base code, integrating with each other.
An alternative program to Word is AbiWord, a very light and basic computer program.
Gnumeric, on the other hand, is a lightweight replacement for Excel.
Scribus is a great alternative for Microsoft Publisher.

5) Instant Messaging e Voice Chat
Ubuntu supports a wide range of applications for chatting and for exchanging messages with friends on social networks. Franz is the official instant messaging client that also supports Facebook.
Of course you can also install it Skype official to make phone calls from the computer.


6) PC games
From this year Linux, always lagging behind on the videogames front, has finally gotten the application Steam to download, buy and install many famous games.
For example, one of the best free Steam games, Team Fortress 2 works on Linux.

7) Cloud Storage
Now the Cloud Storage is essential for the use of the computer because it is convenient to keep files on the cloud (ie online) so that you can always find them any computer you use.
So if you had Windows in the office and Linux at home, you can still share the same files and keep them synchronized on the two computers through applications such as Dropbox.
dropbox is the most mature cloud storage service for Linux.
Onedrive on Linux does not exist while Google Drive for is not available, but it can be used with alternative clients such as InSync or other Cloud Storage such as SpiderOak.

8) Pictures and Photos
As Image editor on Linux the number one is GIMP, a real alternative to Photoshop.
Pinta and MyPaint are two simpler options for new users.
Inkscape is instead the alternative to Adobe Illustrator to create high quality vector images.

manage photos as was done with Windows, the best alternatives to popular programs like Picasa (no longer supported on Linux), there are Gwenview for everyone and DigiKam for professional photographers.

9) Audio and Music
To hear music excellent media players such as iTunes-like Rhythmbox, Banshee, Audacious and Clementine can be installed on Linux.
As Audio Editor you can't forget the great Audacity.

10) Among other useful programs worth mentioning (there would be tons of them), there is VirtualBox to install virtual machines and run operating systems like Windows in a window on the Linux desktop.
I also want to remember that, in many cases, it is possible to install Windows programs on Linux with Wine.
In other specialized sites it is possible find alternative programs to the best Windows software.
If you use Linux, let us know your favorite programs in a comment!

Best programs for those who use Ubuntu instead of Windows

Audio Video Best programs for those who use Ubuntu instead of Windows
Best 3D online golf games, multiplayer and free ❯