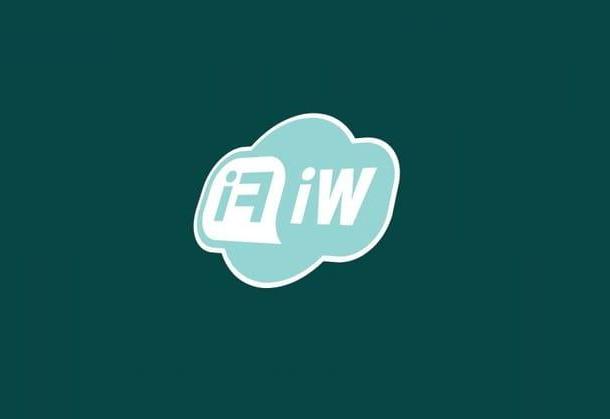 To be able to explain how Wi-Fi works, it is first of all essential that you understand exactly what we are talking about.

Wi-Fi (an acronym that would stand for Wireless Fidelity, even if it is repeatedly indicated as meaningless) is none other than that tech which allows you to network one or more devices such as computers, smartphones, tablets, smart TVs, consoles, etc. without using cables, thus exploiting the radio waves that come from a device capable of generating them: the modem / router.

To be more precise, the reference device connects to the Internet thanks to the radio signal delivered by the modem / router which in turn is connected by cable to the network provided by the ISP (the reference telephone operator).

I point out that, although as stated above and as happens in most cases, Wi-Fi is used to connect various devices to the Internet without wires, the aforementioned technology can also be used only and exclusively to connect between their various devices without these necessarily having to be able to surf the net.

As for the origin, there are those who trace the birth of the aforementioned technology back to the mid-80s and those at the beginning of the 90s. Wireless History Foundation (a non-profit organization set up to preserve and promote the history of the wireless industry) attributes the birth of the wireless network to 1896 and the first telegraphic message sent wirelessly by Guglielmo Marconi.

The association, this must be said, is a bit risky but the idea of ​​being able to send data into the ether, without the message being transmitted by means of a physical medium, such as a cable, reflects the philosophy behind the operation. of wireless networks.


However, it is probably more "appropriate" to take the decision taken by the as constitutive act of the technology in question Federal Communications Commission (the US regulator of the telecommunications sector) to free some frequencies and make them available for civilian use without a license requirement, an operation that dates back to 1985.

However, it was necessary to wait until 1999 to see the protocol born IEEE 802.11b, together with the name Wi-Fi and its logo. From that moment on, all the structural principles of the technology were defined and its development and diffusion became more and more widespread in a short time.

For further details and insights, you can refer to the page on Wikipedia specifically dedicated to Wi-Fi. 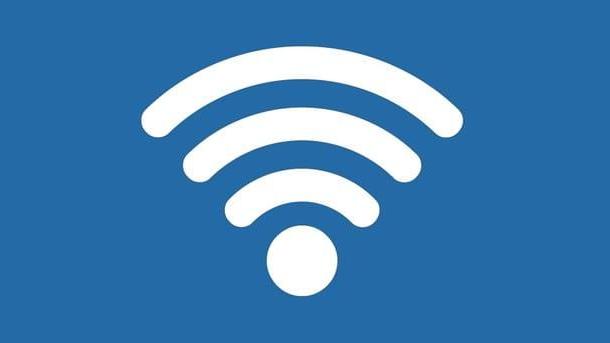 Now that you finally have a clearer idea of ​​what Wi-Fi is, let's go through the supported classes and their frequency bands.

Le certifications of the IEEE, or Wi-Fi classes, as anticipated in the previous step, they have from time to time established the technological standards under which manufacturers make their wireless devices. All Wi-Fi classes "accepted" by the international community are identified by the number 802.11 followed by a letter of the alphabet.

To date, there are nine Wi-Fi standards in existence but the most used are four. Below you will find what they are and the respective data transmission speeds that they allow to achieve.

Note that the Wi-Fi ac class is only available in modems / routers dual-band o tri-band and is supported exclusively by the most recent devices. Modems / routers with dual-band or tri-band support are those capable of operating both on the classic frequency band a 2.4GHz (the one used "historically") and on the frequency bands a 5GHz (used for wireless ac technology).

The ac class then evolved with the standard 802.11ac wave 2 which ensures greater speed in data transfer and better performance within the local network. This is possible thanks to the use of four spatial streams from each device, to a greater bandwidth available for the devices and to the use of channels at 160 MHz. The use of technology must also be taken into account MU-MIMO (Multiple User, Multiple Input, Multiple Output), which allows you to manage requests from multiple devices simultaneously. 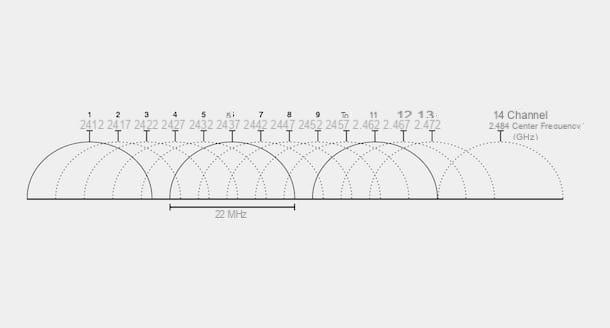 In the previous step I explained to you that the frequency bands used for Wi-Fi, or rather by modems / routers, are essentially two: the 2.4GHz one and the 5GHz one. The former can rely on 14 channels, while the second on 23 channels.

WiFi channels, or rather WiFi transmission channels, are “that thing” on which wireless networks are based. They are essentially subsets of the radio frequencies available and, to put it in petty terms, they can be imagined as non-insulated tubes, whose flow that passes inside mixes with that of the neighboring tube.

Considering the fact that all 2.4Ghz network devices operate in a range of 100 MHz (exactly between 2400 MHz and 2500 MHz) and which are assigned to each channel 20 MHz, it's pretty easy to come to the conclusion that WiFi channels overlap with each other. The only channels that never overlap since their intervals do not touch and which, consequently, are also the most recommended, are the1, 6 and l '11.


As for the 5GHz networks, these are usually not subject to interference. However, this does not mean that all interference is eliminated. However, since this band is less used and having much more space, there is very little chance that the signal will be disturbed, also because the external devices do not work on this frequency.

For more information on this, you can refer to my tutorial focused on finding the best Wi-Fi channel.

How a wireless network is structured 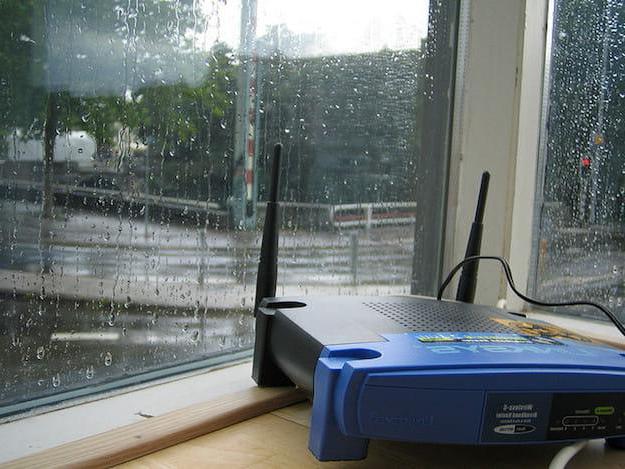 In order to understand how Wi-Fi works, it is also essential that you understand how a wireless network is structured. And quite simple, you don't have to worry about it.

Each Wi-Fi network can consist of a modem / router, which acts access point to the network itself that acts as the "source" of the signal, and from one or more client (computers and other devices) that connect to the network.

To ensure that the connection between the access point and the various devices is established, the Wi-Fi device of the modem / router transmits each 100 ms, a data packet, called beacon containing it SSID network (i.e. the name of the wireless connection) and other important information, such as the security protocol used.

How to connect to Wi-Fi 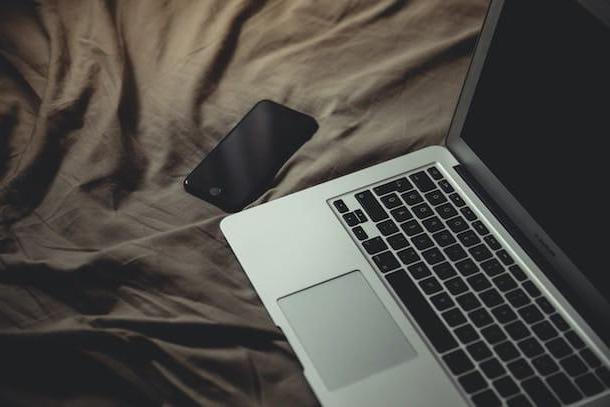 To understand how Wi-Fi works, you must also understand how it is possible to connect to a wireless network. The operation is extremely easy, much more than you can imagine.

So let's see how to proceed depending on the type of device in use. Find explained the various steps to take for what are the most popular devices right below.

If you think you need more details about it, you can consult my guide on how to connect to Wi-Fi through which I have proceeded to talk to you about the matter in great detail. 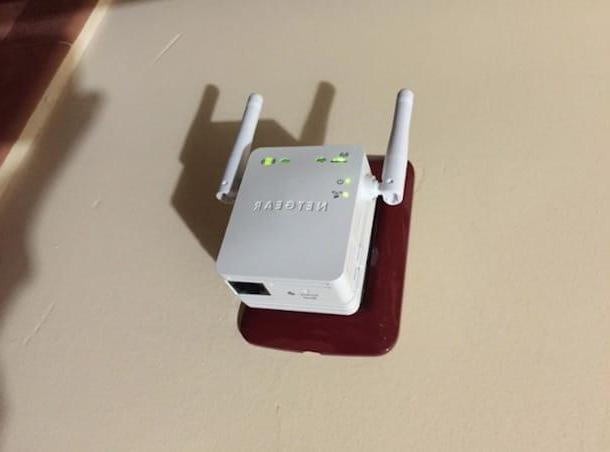 The wireless signal from a single modem / router can usually cover an area between 50 and 100 meters but if necessary it can possibly be extended.

Keep in mind that even some modems / routers are able to perform the aforementioned functions if used in conjunction with another device that “delivers” the wireless network. For more information, you can consult this other buying guide of mine focused on Wi-Fi routers.

Another way to increase the "range" of the Wi-Fi signal without resorting to third-party equipment is to put it into practice ploy various, such as changing the position of the modem / router, turning the device off and on, changing the Wi-Fi channel used and so on. For more information in this regard, I invite you to consult my post on how to boost the Wi-Fi signal.