How to disassemble Xbox joysticks 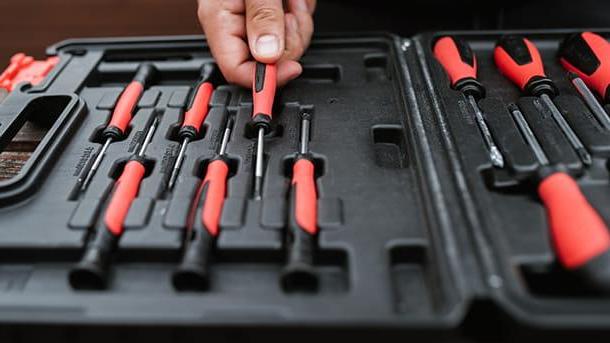 First of all, I would like to inform you about some fundamental aspects of this tutorial. As you know, open an Xbox controller ne void the warranty. So if you need to disassemble the controller to attempt a do-it-yourself repair, consider this carefully.

If your Xbox controller needs repair but is still covered by one valid warranty , I suggest you do not waste time and take it to the store where you bought it, together with the receipt (or to the invoice). Explain all issues clearly and comprehensively to the sales employee so that he or she understands that the controller is not properly usable.

In most cases, the controller will be replaced immediately with a new item (as long as there is in-store availability). You can find more information on controller repair and replacement procedures on the official Xbox support site.

To disassemble the Xbox 360 controller you also need a Torx screwdriver with the punta da 2 mm (equivalent of the abbreviation T3 or TX3).

take apart an Xbox One controllerinstead, a Torx screwdriver with the tip from 1,75 mm (equivalent of the abbreviation T6 or TX6) and one hex key (or Allen key) from 1.5 mm. Also one is required fine tweezers it's a spudger in plastica to leverage between plastic materials without damaging them.

I suggest you a screwdriver kit including many tips with different diameters and other accessories that could be right for you. It would allow you to save a few euros compared to the purchase of individual tools. Online you can find many, including tools such as plastic spudgers and professional tweezers, at attractive prices.

When you're ready with everything you need, you can move on to the next chapters and start taking apart your Xbox controller.

How to disassemble Xbox One joysticks 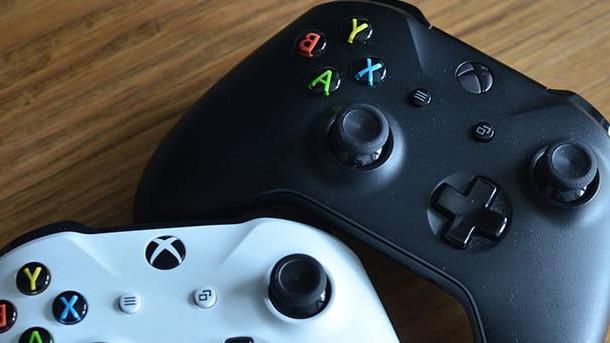 Generally, this plastic band is glossy black but it can also be found in the same color as the faceplate. The disassembly procedure does not differ between the two models, except precisely in the removal of the band that includes the Xbox logo in the more obsolete models. Apart from that, the rest is the same, so let's not get lost in further chatter, read the next paragraph to know how to disassemble Xbox One joysticks.

First, rotate the controller to work on its back side. With the help of the plastic spudger (or a slotted screwdriver) you must gently pry between the slot that divides the rear body and the two grip plates. 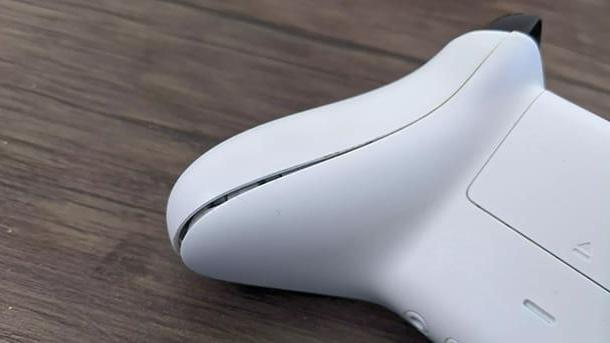 The plates are normally in the “controller grip” position and are literally interlocking, without screws. So by applying a light lever between the slots you should be able to separate them without difficulty. Once this is done, remove the cover of the battery compartment applying light pressure while sliding it towards the top of the controller.

Good! now you can remove the 5 T8 Torx screws rear. Four screws are distributed on the two sockets, two screws on one side and two screws on the other: they are clearly visible, you can't go wrong. A screw is hidden in the battery compartment, under the controller information sticker. After removing the screws, you can remove both the rear body and the front bezel, you will see that they will separate without putting up much resistance.

If you are following the tutorial to change the controller faceplate, you have reached the finish line! Now all you have to do is apply the new faceplate and close the controller. Online, you can find many variations of colored faceplates and plates. Make sure you search them for the exact model of controller you own.

If, on the other hand, your aim was to get beyond the simple change of the faceplate or the grip plates, continue.

Now that you have removed the plastic shells from the controller body, you can slide the two off analog sticksby simply pulling them away from the controller. With the help of fine tweezers, gently remove themetal ring located around the directional cross. 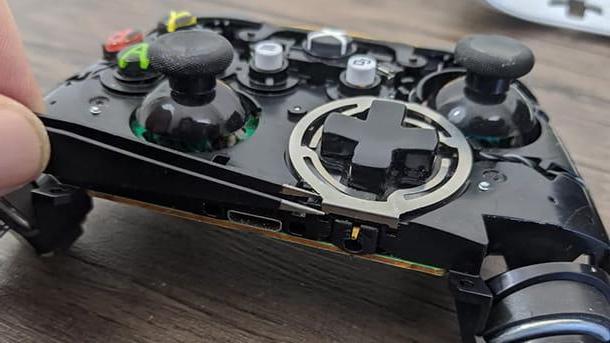 Be careful as you lift the board! The two vibration motors are connected to it with two very thin wires (one red and one black) very thin and if you were to tear them you need the help of a soldering iron to restore the connections.

We're almost done! In the integrated tab below you can remove the 5 T6 Torx screws well in sight e 1 x 1.5mm Allen screw. Once this is done, you can lift the integrated board with ease. You have finally found the conductive rubber buttons: if you lift them, you will be able to access the mechanical buttons and replace them if necessary. Great job, you took the Xbox One controller apart!

How to disassemble Xbox One Elite joysticks 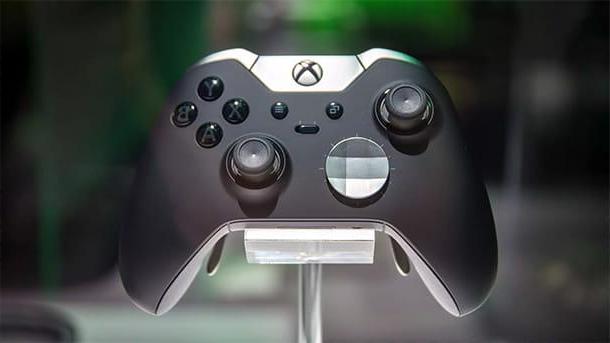 Il controller Elite per Xbox One is an accessory that greatly improves gaming performance. If you are a true "core gamer" it is an almost essential accessory. Unlike the standard Xbox One controller, the Elite controller has 4 additional buttons with custom command assignment. It also allows you to change the stroke length of the rear triggers up to two sizes.

All controller keys can be configured in two interchangeable modes. At this point you will think that the Elite Xbox controller is even more complex to take apart. Don't worry, in reality the process is almost the same. Proceed with the reading, therefore, to know how to disassemble Xbox One Elite joystick. 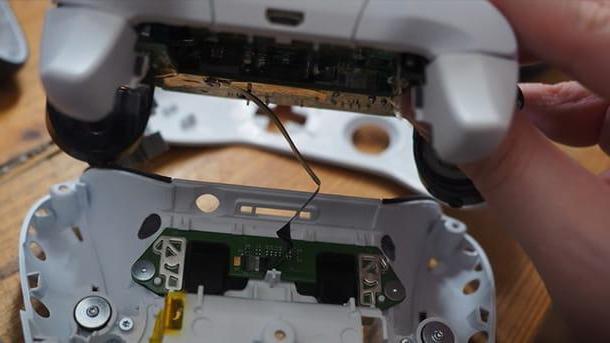 Lift the shell gently and, before removing it completely, disconnect the flat cable which connects the controller body with the integrated rear body board. Very well! To continue opening the Xbox Elite Controller, you can safely resume reading the previous chapter.

How to disassemble Xbox 360 joysticks 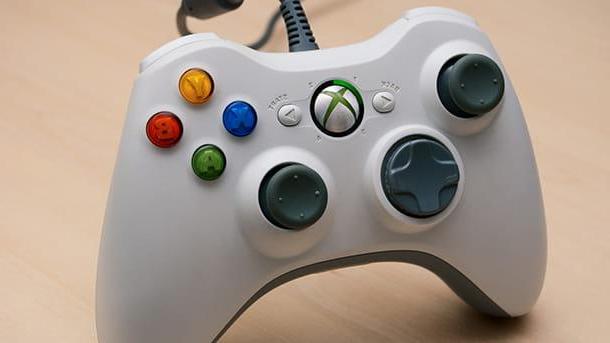 The procedure for opening the controller Xbox 360 it is much simpler than that for taking apart successor models. I can guarantee you that in a few minutes you will learn how to disassemble Xbox 360 joystick without making any trouble. Aren't you convinced? Then go on to find out how simple it is!

Let's begin! Rotate the controller to work on back side. You will immediately notice the presence of 6 round holes in which they hide 6 viti Torx. You can proceed by unscrewing them all with the screwdriver Torx T3. If your controller is a wireless model, remove the battery pack and the last one as well fast Torx which you can find under the barcode sticker. If not, you will find the last Torx screw under the round sticker in the center of the rear shell. Once the last screw is removed, you can lift the rear case and reveal the controller's integrated board.

Before continuing, disconnect the two vibration motors. If possible, do not pull the motor wires, in order to avoid tearing them. Please note that Xbox One controllers have electric vibration motors connected to the integrated board by fixed solders, which is a maintenance disadvantage. In this case, however, there are two very convenient ones 2 pin connectors that combine the motors and the integrated card. You can safely disconnect them with the help of one tweezers.

We are almost there! There are no additional screws at this point. Then you just have to lift the integrated card to reveal the conductive buttons made of rubber. If you lift the latter, you will find the colored plastic buttons, including the d-pad. On the underside of the integrated board you will find the two instead analog sticks. Here you can remove the rubber analog mounts by simply pulling them in opposite direction to the integrated board. Great job, you have successfully disassembled the Xbox 360 controller!

How to disassemble Xbox joysticks

add a comment of How to disassemble Xbox joysticks