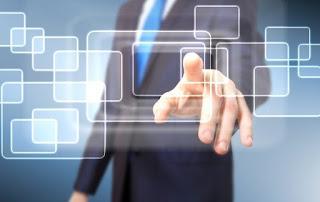 Virtualization is always an interesting and stimulating topic for those who work in computer science. Although the subject is part of the conversations among skilled technicians, engineers and consultants working in IT environments today anyone can virtualize an operating system on their computer, without encountering major technical difficulties.
Virtualization is also used to lower hardware costs so that multiple virtual servers can be installed on a single machine, sharing the resources of the latter (which must be powerful enough to support the virtual machines created). In simple terms, virtualization allows you to install multiple operating systems on a single computer, so that they can work and remain simultaneously and separately, as if they were different computers.
Let's see together the best programs that you can use on Windows to virtualize other operating systems.

Virtualization, both in business and for home use, can also be used for use separate environments for each software application so that one program cannot interfere with the other. This is very useful for checking the operation of a program on different types of computers or for test an unknown program before running it on the production machine (if it hides a virus or a threat it can be easily controlled without compromising the work). In fact, you can even test viruses and antivirus so as to test their effects, without there being any risk of causing problems on the main computer.

Virtualization can also be used as a tool to try out different operating systems like Linux or the next version of Windows, so as to try new features or study new systems without having to install in dual-boot with a real partition.
When we talk about operating system virtualization, we must be careful to identify the host, which is the main computer where the management program is installed and which provide all the hardware to be shared, and the guest, which is the operating system that runs inside the virtualization program.
The virtual machine is enclosed in a file that can be of different types depending on the program used to create it: VMDK (VMWare), VHD (Microsoft), VDI (Sun) and HDD (Parallel).
In another post we showed you how create the VHD file for your PC, so you can test it in another virtualized location.

On average, we will have to give each virtual machine the following "virtualized" resources:
Some modern virtualized systems (such as OS X or Windows 10) require 4 cores and 8 GB of RAM to run at a speed comparable to a real computer, Mac or MacBook. We avoid using mechanical disks to host virtual machine files: they are usually so slow that modern operating systems (which perform a large number of reads and writes during startup and execution) are almost unusable; we always focus on SSDs, perhaps dedicating a small 200 GB drive only for virtual machines, without bothering the SSD on which we installed the host operating system -> Best SSD drives to buy.

In the business environment, numerous servers are set up to share resources, so the latter are always available and virtual machines run as if they were "real"; in fact in many companies we find only keyboard, mouse and monitor for each workstation, since all systems are virtualized on a central server with other performances (virtual workstations).

The best programs to virtualize operating systems on Windows can be used, for home and non-commercial use, for free and without limits. If we have a company and want to virtualize workstations, we will have to rely on the paid versions in order to get all the necessary tools.

One of the fastest and fastest ways to create a virtual machine is Hyper-V, a program already integrated in Windows 10 and Windows 8.1. 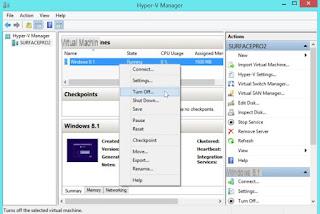 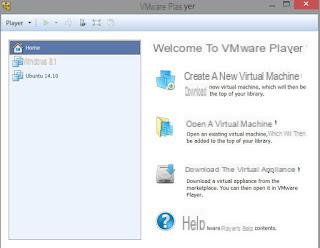 The program is designed to be easy to use even for inexperienced users, offers automatic configuration based on the chosen operating system, can automatically download the files necessary to complete the creation of the machine and allows you to switch to full screen, to exchange the files by simply dragging them and sharing the clipboard between the host and the guest.
Another strong point is the suspend mode, which allows you to turn off the virtual machine in a few seconds and restart it from where we left it, so you can be immediately productive.
This program can only be used for free in the home, so if we have a company it is better to focus on the paid version (much more powerful and complete).
To create virtual machines with this program, we invite you to read our guide on how to use VMware Player to create virtual machines. 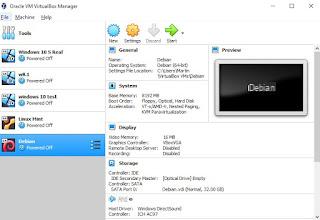 With this free program we will be able to virtualize any operating system and obtain advanced features such as: saving snapshots for every instant of the operating system (so that you can restore the system after an experiment or an update that went wrong), access to advanced 3D acceleration, the possibility of move files between host and guest simply by dragging them, bidirectional clipboard, advanced virtualization of the network card (so as to make the machine look like any computer on the LAN) and management of any type of virtual hard disk, with the possibility of choosing whether to immediately take up all the space or use dynamic allocation.
Most of the functionalities are obtainable by installing the Guest Additions to the virtualized system. Virtualization is very good and fast, especially with Windows and GNU / Linux systems.
If we are looking for a guide on how to create a virtual machine on VirtualBox, we invite you to read our guide to VirtualBox to create, start and manage virtual machines on PC.

The ones we have shown you above are the best OS virtualization programs that we can try for free at home. If we want to evaluate other virtualization solutions, the best alternatives are:
Speaking of virtualized or dual-boot systems on Mac we remind you that it is possible to use BootCamp if you want to install Windows on a Mac, so as to obtain better performance than the simple virtual machine.
Other types of virtualizations that we can exploit allow, for example, to install virtual private networks, virtual cd e virtual printers.

add a comment of Best programs to virtualize operating systems