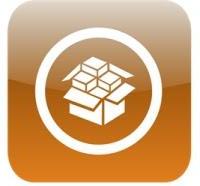 Millions of iPhone and iPad owners have been able to unlock their device with the jailbreak procedure for iOS, which, as already mentioned, gives, as a main advantage, the possibility of being able to download and install applications not only from the official iTunes store but also from other stores and from normal internet sites.
A very popular one, at least until a few years ago, is called Cydia, a great starting point for searching for tweaks, add-ons, and uses, which for various reasons are against Apple's rules for inclusion in the Apple Store.
Although Jailbreaking has changed a lot over the years, and today it is certainly less exciting and less necessary than a few years ago, there are still many useful applications for add functions and change the behavior of your Apple mobile or tablet.

First of all it is important to know in broad terms what can be installed on a jailbroken iPhone, through Cydia or other alternative stores.
The apps for unlocked iPhone are divided into categories which can be summarized in 4 main types: applications, tweaks, widgets, and themes.
- Apps ie the normal applications that are in Cydia because they have not been approved by Apple.
- Tweaks o Add-On: are changes or improvements for the default iOS applications.
- widget they are essentially hotkeys and tools to view information about some apps, on the main screen (with X dashboard), on the lock screen or on notifications.
- Temi to customize the iPhone graphically with the DreamBoard and Winterboard applications.

To start, some (among many) of the best applications for an unlocked and released iPhone and iPad with Jailbreak there are (for some there are no links, you have to look for them on Cydia or other stores such as PandaHelper or ACMarket. The list is partially updated to 2021):

1) Shuffle adds app and system settings to the top of the Settings app.

2) Flame allows you to customize the appearance of some of Cydia's features.

5) Snowboard tweak to customize the Home screen with new themes.

6) QuitAll is a tweak that adds a "close all" button to the multitasking screen so you can close all open apps at the same time.

8) AutoFaceUnlock allows you to unlock iPhone using Face ID without having to swipe up first.

9) DigitalBattery13 adds the current charge percentage to the battery icon.

10) BetterCCXI, allows you to change the Control Center user interface.

13) Whoops is a tweak that gives you three seconds to cancel sending an SMS message.

14) DnDSwitch gives you the ability to use the switch on the side of your iPhone to activate Do Not Disturb.

15) LetMeDecline replaces the Swipe to Answer bar that appears for incoming calls when the phone is locked, with two dedicated and easier buttons.

16) Docktyle is a tweak for customizing the Home screen with custom colors.

17 ) Activator allows you to customize the button and multitouch functionality on iOS. But Activator is above all the backbone of many other apps and tweaks, an installation required for almost all customizations.

18 ) TetherMi adds tethering hotspot for iOS without having to pay the carrier.

19 ) System Info in addition to making a list of apps with the percentages of battery consumption, it also shows graphs for the energy used, the CPU energy used and many other information.

20 ) Springtomize 3 lets customize shades of transparency and change color levels for everything. .

22 ) FloatyTab transforms the menu bar of many apps to make them float on the screen.

23 ) MakeitMine is a Cydia app to customize what is written on the status bar of the iPhone.

24 ) iFile to see all iPhone or iPad files and folders as you would on a computer.

24 ) Accelerate adds a setting to the iPhone to speed up animations and thus, in several cases, run applications.

25 ) TetherMe to activate tethering and share the connection even if the operator does not allow it.

26 ) iBlackList to filter unwanted calls and block them from being received.

27 ) Purge is the tweak that brings to iOS an immediate close button of all open apps in one go.

28 ) CCControls is a free tweak to customize the look and feel of the control center.

29 ) CCToggles to add custom shortcuts to applications on the control center.

30 ) CCHide allows you to hide parts of the Control Center such as the music player.

31 ) FlipControlCenter allows you to configure the number of switches in the Control Center, even increasing them to have more fast options.

32 ) Biolockdown, for iPhone 5S with TouchID, to make sure that the chosen applications are usable only when reading the authorized fingerprint.

33 ) HiddenSettings 7 allows you to access internal and hidden tools of the system, which are used by Apple to test different functions such as animation speed, UI changes and other customizations

34 ) Customize messages it only serves to change the color of SMS messages.

35 ) BytaFont 2 is a Cydia tweak that serves to customize the font on your device among many different types.

36 ) Zeppelin allows you to change the logo of the telephone provider (eg TIM, Vodafone, Wind, Tre) in the status bar. Zeppelin is available for free in the ModMyi repository.

37 ) CustomLS allows you to customize the lock screen and to replace the text "slide to unlock" with a custom writing and also to remove the clock from the lock screen.

38 ) Navigate from Maps to always have the GPS navigator at hand.

39 ) AlwaysClear: to dismiss notifications in iOS you must first tap a tiny button with the X button and then tap again. This tweak eliminates the X and presents the delete button directly.

40 ) NCAllonly: One of the biggest mysteries of iOS is the lost notifications tab which is useless. With NCALLonly you can turn the Notification Center into a real notification center without duplicate information.

41 ) NoSlowAnimations After the latest iOS update, many users have found the system slow due to the animations. You can turn them off completely with this tweak.

42 ) RecordMyScreen is the best way to record what's happening on an iPhone screen.

43 ) Browser Changer to set a default browser other than Safari, such as Chrome or any other browser.

44 ) Springtomize, for visual customization of an iPhone.

45 ) MapsOpener to open map links in text messages or other apps, in Google Maps.

46 ) Winterboard to customize the graphical interface (with iOS 9 it does not work and you have to install the alternative Anemone). To make your iPhone different from that of your friends, you can search and install one of these two apps in Cydia. With Winterboard it is possible to make the iPhone identical to Android or even to MacOS. After putting one of these apps you can download the themes always from Cydia, in the relative section or by copying the themes in the themes folder on the phone with programs such as iFunBox to move files from PC to iPhone as if it were a USB pen.

47 ) SBSettings e SBProfiles
SBSettings is a tweak, among the most popular, that allows you to quickly access all the settings of the device such as energy, refresh, Bluetooth and everything else.
SBProfiles allows you to create and save settings profiles.
NCSetting is the evolution of SBSettings.

48 ) Nitrous is a tweak to speed up internet browsing if you use other browsers such as Chrome.
However, it is not free, it costs $ 0,99

49 ) Flex is a $ 4 application that allows you to modify any type of application without difficulty and without having to be a programmer. Obviously it is an app recommended only for those who enjoy doing very pushed experiments.

50 ) ForceGoodFit is a tweak for iPhone 6 and iPhone 6 plus to optimize the use of the larger screen of outdated apps.

51 ) Auxo 2 is an app-swicher to improve multitasking when there are multiple applications open together, which shows a small preview. Similar to Auxo there are other applications such as Zephyr, Switchy and CardSwitcher.

52 ) BiteSMS is the best application to send and receive SMS on unlocked iPhone.

53 ) Dashboard X, as mentioned above, is the application that allows you to install widgets on the main application screen on iPhone and iPad, to have real-time updates immediately visible.
This means that you can add a clock between the icons, or the weather or other widgets of various types.
However, it should be noted that widgets consume battery faster.

54 ) ExKey allows you to add a fifth row on the iOS keyboard, with numbers and symbols.

55 ) RevealMenu allows you to use the long touch function on an icon to bring up the quick menu. The function belongs to the iPhone 6S and with this Tweak it can also be implemented on older iPhones.

56 ) Shortcuts adds action menu to other apps as well.

58 ) SpotlightBeGone it is used to turn off Spotlight if you never use it.

59 ) Untethered Hey Siri allows you to call Siri at any time with the voice command Hey Siri, as on the iPhone 6S, even on older iPhone models.

60 ) BreadcrumbsAway adds the function to remove with a swipe the button go back on the apps.

Audio Video Best Cydia apps and tweaks with Jailbreak on iPhone and iPad with iOS 12 - 14
Best iPhone apps, only for free ❯