Guide to buying a new tablet 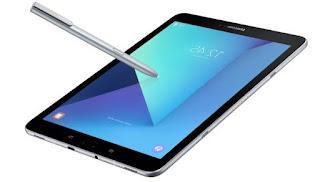 Tablets are devices halfway between laptops and smartphones but with the considerable advantage of being super light and comfortable to have the internet and the main applications always at hand. The iPad is almost the forced choice as a tablet and in fact it is still the best-selling. Today, however, the choice has expanded a lot and you can buy, in addition to the iPad, various Android tablets, Chinese tablets, combined computers and tablets with the Windows 10 operating system. brief guide to buying a new tablet so you know in advance what to take and how much to spend.


The usefulness of the tablet is completely subjective: for some a tablet can also replace your all-purpose computer, while for others it is only good for entertainment, for gaming and surfing the Internet.
For people who use computers and smartphones with satisfaction, probably and as I see it, a tablet is also superfluous considering the constant growth of the screen size on smartphones (now over 6 inches, that is the size of a small tablet a few years ago).

The main factor of choice when buying a new tablet is the operating system.
This choice must not be influenced by the smartphone you own; It is true that devices with the same system talk to each other and integrate more easily but there is not necessarily a need to remain faithful to a particular platform.
Each operating system has its own advantages and disadvantages. 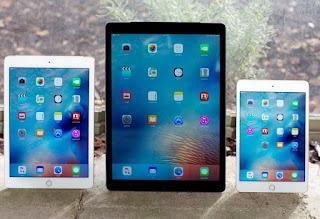 The iPad is the most popular and was the first truly successful tablet in history; it is therefore the most mature device of all, the one with the most applications in the store optimized for its screen. There are more apps optimized for iPad tablets than apps optimized for Android tablets. The iPad is simple to use, has excellent hardware, works well and retains its value even after a year or two, so that it can be resold. The iPad's weak point is the cost: compared to Android tablets it costs a lot more. The iPads are available in three versions: iPad Mini, iPad and iPad Pro. If we focus on an iPad it is worth buying it used and the previous version compared to the one on sale (so the differences are few). Another negative point is the higher cost of apps compared to Android ones, a factor not to be underestimated if we want to download many apps, considering that even the most useful ones can be paid or provide in-app purchases to take advantage of all the functions. 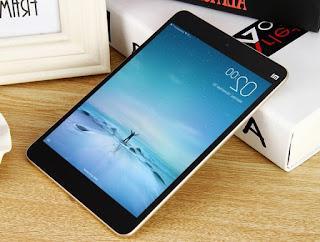 The Google operating system that dominates the smartphone market still has some weaknesses on the tablet front. Since Android is a free operating system that can be used by any manufacturer, here are many Android tablets, of different brands and formats. There are also tablets with keyboards that detach and reattach that turn into laptops or those that integrate with the smartphone becoming a single device.
The Android operating system is incredibly flexible and if you like the idea of ​​making the tablet look like a laptop then it works a lot better than iPadOS.
Android can be used with a mouse, keyboard, remote desktop applications etc. However, keep in mind that Android tablets are not all the same and that there are models that have obsolete hardware and versions of Android so old that they are very slow from the first start. It is important to read the reviews before buying an Android tablet, especially if it is an unknown brand and if it costs less than 150 Euros. As mentioned before, albeit for Android there are thousands of apps, those optimized for tablet screens are very few in relation to the size of the store. That's not to say they don't work, just that they might look bad on 10-inch large-screen tablets.
In another article we have seen together the 20 best apps for android tablets. 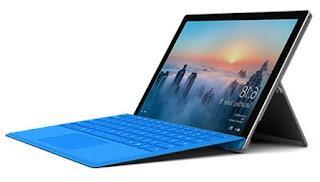 Windows 10 tablets are newer than Android tablets and iPads and it usually comes down to tablets convertible into laptops by adding keyboard.
With a Windows 10 tablet to which you can connect the keyboard, so you can also use normal desktop PC programs without any problem. A convertible Windows 10 tablet costs a lot more than any other tablet, but it can effectively replace any laptop and is perfect for business users who need programs. Microsoft Office. On the app side, the Microsoft store is not as rich as that of Android and iOS, but it adds to the compatibility the presence of support for .exe programs, so we can install any PC program we know. The best convertible tablets with Windows 10 are the Surface produced by Microsoft itself which cost a blunder (over € 1000), therefore reserved only for those who work with a convertible tablet of this type (which is still of great quality).

About the size of the tablet much depends on personal tastes; the bulk of the market is that 7/8 inches and 10 inches.
If you think of the tablet for reading books and surfing the internet, then the 7-inch one is fine, if you already have a 5-inch smartphone, it is worth getting a 10-inch tablet, if you want to use the tablet as a computer and to work, then better the big one. The best way to find out which format you prefer is to go to a store and try them out. Be careful to check not only the screen size, but also the weight. For Android tablets, keep in mind that 10-inch tablets can look bad with some apps, as explained above.

Which tablet to buy

In the Android and Windows world, there are some criteria to consider if you want to avoid junk. Read reviews from reputable sites, check which Android version is installed and if it is upgradeable and pay attention to the hardware quality of the parts if you choose a convertible tablet, which I personally do not recommend. Below we have collected the best tablet models that are worth buying at the moment:


What is the best time to buy a tablet?

Due to the rapid updating of mobile devices, there are good times and times that are not worth buying. Every year, new versions and models of tablets are marketed by manufacturers that make the previous one older. It is therefore worthwhile, if you choose to take an iPad, to inquire when the latest version has been released to understand if a new model is around the corner and it is better to wait for it (also because when a new iPad comes out, the previous one drops by price). For Android tablets it is important to check the version of the operating system (preferably Android 8) installed on the tablet which must be the latest possible. For Windows 10 tablets we only buy the models with built-in keyboard so you can use it as if it were an ultralight laptop, but keep in mind that for some PC operations the power of a desktop or laptop worthy of the name is still required, such as we can read in the guide below.

ALSO READ: Because the tablet cannot replace the PC

Guide to buying a new tablet

add a comment of Guide to buying a new tablet