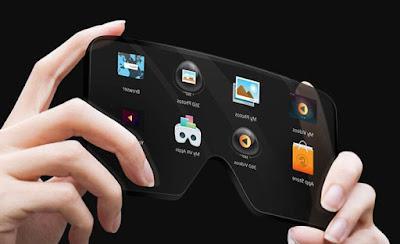 Virtual reality applications allow you to immerse yourself in completely 3D scenarios, incredible 360-degree images.
While to have a full experience it would be necessary to have a 3D viewer for PC like Oculus Rift or HTC Vive, you can still enjoy a decent virtual experience using your smartphone and some great, highly engaging applications.

To use virtual reality on your smartphone (both any Android phone and even an iPhone), you have to buy a device that works as a 3D viewer to be worn like a pair of glasses, inside which you can insert your smartphone.
The effect of VR applications is to immerse yourself in a scenario as if you were in it and then see different things when you turn your head to the right, left, up or down.

There are different types of smartphone viewers, from the super cheap 10 Euro one to the more advanced 100 Euro one and there are of every brand. Among the best known virtual reality headsets for smartphones we can quote:

Google Cardboard, the 10 Euro cardboard box I had already talked about in the past.
Google DayDream View, the evolution of the Cardboard, which however costs 110 Euros.
Samsung Gear VR, with different versions, compatible with Samsung Galaxy smartphones and the only one of this type of viewer that is also compatible with apps made for Oculuft Rift.
3D viewers for smartphones generic, which cost from 10 Euros upwards, are great to support the apps listed in this article, to have a complete virtual reality experience.


Finally, you can still try many virtual reality applications for 3D viewers by searching for the word VR in the Google Play Store or the Apple store.