Best Linux distributions for all computers and needs 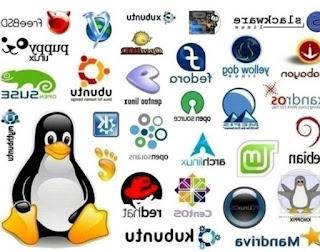 GNU / Linux it is an environment in which you can find different operating systems, Called distributions, all optimized for specific purposes and for the needs of companies (the main users) and for ordinary people (with easy-to-use distributions). If we have just arrived in the world of Linux, choosing well the distribution with which to start can be decisive, since choosing a difficult system immediately may not make us grasp the potential.
Just to meet everyone's needs, we have decided to collect the best Linux distributions, highlighting the simplest and easiest distributions to use and configure. This means that, if we find a distribution in the first places, we can easily use it even on home PCs, while the latest distributions we will deal with are reserved for Linux professionals or experts.

Below we have collected the most popular Linux distributions, listing them for ease of use, configuration and usability. If we are inexperienced or beginners, let's stick to the first 4 or 5 indicated in the guide; if instead we are already experts or want to test our skills, we can use all distributions without problems, even venturing into the most complete ones such as CentOS and Kali Linux.

In our opinion, the easiest distribution to use, even for users coming from Windows, is definitely Linux Mint. 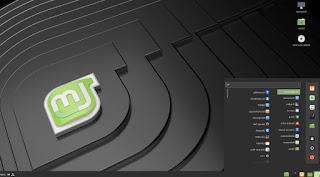 Equipped with a very accurate interface and with many simplifications, it allows you to use your PC to its full potential, offers various tools for automatic updating, a customized store, a Start menu that is very simple to configure, various programs already installed and integrates already all the drivers necessary for the functioning of the computer (with a tool to immediately download the missing drivers).
Based on Ubuntu, over the years it has deeply detached from the parent distribution, effectively keeping only the sources for the packages in common. If you are replacing Windows, this is the best distribution to use on your computer.

If we are looking for a very simple system to use but with an interface as curated as that of Macs, we recommend trying the Elementary distribution. 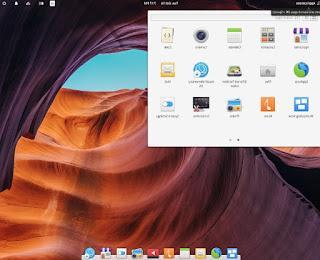 The system offers various optimizations to ensure maximum execution speed on all machines, a dedicated set of icons, a dock bar on the desktop that follows the functions seen on Mac and a very simplified approach, with which it is possible to recall all programs and functions with gestures and shortcuts. It too is based on Ubuntu, with which it shares the programs, the sources and all the main updates (for the specific elements of the operating system there are dedicated sources).

The most famous distribution worldwide is definitely Ubuntu. 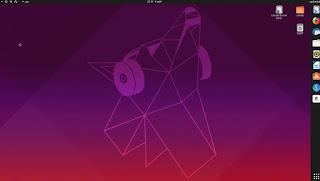 Starting as a simplified version of Debian (a difficult distribution for beginners to use), Ubuntu over time has been able to bring many users closer to Linux, thanks to a simple and fast interface (changed several times over the years, to try to grasp all the novelty), good stability, a large choice of installable software and good compatibility with all devices (especially those that require proprietary drivers). It certainly remains one of the best we can start our Linux experience with.
Xubuntu is a variant of Ubuntu that uses less system resources and is much lighter.

Among the new distributions based on Ubuntu we also find Pop! _OS, developed by Linux computer distributors System76. 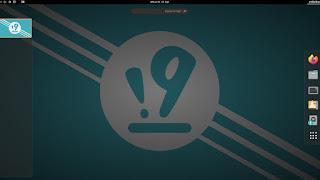 This system uses GNOME as a graphical environment and is very minimal, with a taskbar on the left and a bar with the various virtual desktops on the right, which can be hidden when we bring any window to full screen.
We will hear more and more about it in the coming months, as it seems much faster and more responsive than any other distribution that uses the same graphical environment (GNOME).

Among the best distributions reserved for technical assistance, Clonezilla certainly stands out, one of the most famous live distros in the world. 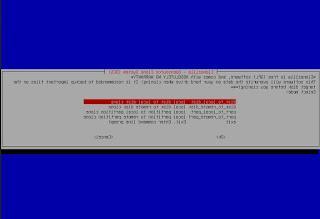 By booting the environment from CD or USB we will be able to clone any disk or partition, so as to always have a backup at hand. The interface is not suitable for beginners, since it is based on text screens in which it is possible to act only with the keyboard: using it therefore requires a deep knowledge of file systems and Linux, but once we have learned how to work we will be able to clone any partitions, including those in which Windows is present.

Majaro is perhaps the distribution you do not expect: it is a simplified version of Arch Linux (system for experts and difficult to configure) and allows you to enjoy Linux from a new perspective. 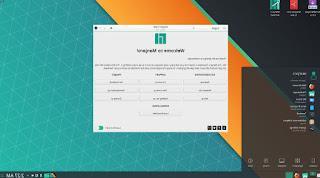 Majaro comes with a modern interface and a set of spectacular icons, offers various graphic environments to start and, what is characteristic, it integrates a store with all the main programs that are always updated, so that you can use them right away.
For beginners it is a fairly simple distribution to use, but it already requires a minimum of Linux and terminal knowledge to be able to use it smoothly.

If we are looking for a very stable and light system, we can go for MX Linux. 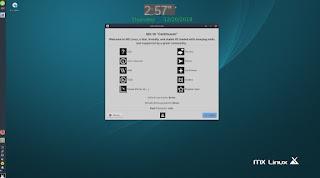 Based on Debian, it offers an interface optimized to take advantage of the new monitors as much as possible, so as to have more space to open windows and management tools.
Compared to the other distributions mentioned so far, it may be more difficult to approach the system, especially if we do not have some Linux base, but it takes very little to learn the basics and then use MX Linux with the same ease of Ubuntu or Mint.

If we have a very old computer (1 GB of RAM or less), the only way to make it "come back to life" is to go for Puppy Linux. 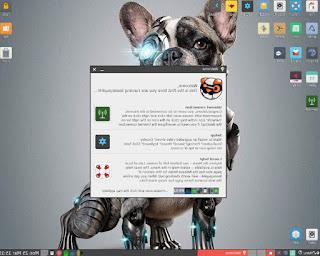 This distribution makes its strong point of extreme lightness: it can be loaded entirely in RAM memory and uses light and compatible programs, so as to be able to navigate and manage even very old PCs, on which not even Windows XP runs at times. Despite its "minimal" size, it is an operating system that we can use every day without problems, with an ease comparable to the other distributions seen so far.

Bodhi linux, Slitaz e Zenwalk are other variations that have the minimum hardware requirements.

As we have seen in the guide, many distributions are based on Debian, which is considered the "mother" of many of the Linux systems available today. 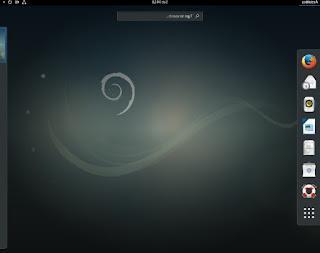 This system makes great stability and the absence of graphic frills its strengths: with the numerous packages available we can customize Debian according to our needs, obtaining a system "that never crashes" and consumes very few resources (especially with lighter graphical environments).
Debian we can consider it the first "difficult" distribution: not so much for the installation and use of programs (much simplified compared to the past) but for the management of the system, where medium-advanced knowledge is often required in order to cope with a problem (it is no coincidence that it is often chosen as an operating system for home servers).

Another complete operating system that we can use in various scenarios is openSUSE. 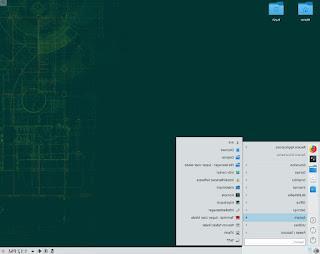 The destruction is presented as well taken care of both graphically and in the choice of programs, but it can present some problems for those unfamiliar with the package system (very different from that of Debian and derivatives).
If we come from another Linux distribution, we may encounter some small adaptation difficulties, easily overcome thanks to the high support offered by the community and the various guides and documentation available for this great system (famous in IT environments, but little known to the great public).

If we want to manage a home server or configure a server offered by a host, the only distribution we recommend trying is CentOS. 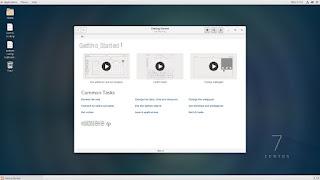 The great stability and the absence of any graphic tinsel (basically it can also start only as a shell, i.e. as a textual interface) combined with the countless administrative management tools, make it the most used system on Web servers and servers that have to manage a large volume of data, thanks to its lightness and scalability.
Obviously it is not a walk in the park to configure and use it, but if you want to become a Webmaster or work with servers, learning how to use CentOS is a must in your "new" career.

The most famous "hacker" distribution is certainly Kali Linux, which takes the legacy of the Backtrack distribution (very famous for "hacking" Wi-Fi networks a long time ago). 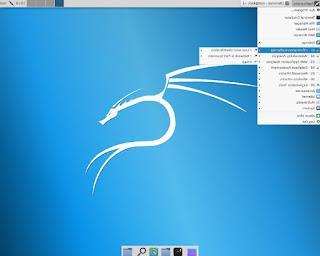 With this distribution (which works mainly Live, from CD or USB) we will have numerous programs designed for file recovery, to scan open networks, to scan the number of devices on a network and various tools to attempt hacking of ports, passwords and programs.
Obviously it is very (VERY) difficult to use, which is why it is only used by experts and the best hackers (who actually spend "their lives" on this system).


Other popular and updated Linux Distros

For the complete list of Linux distributions, having mentioned only a small part of the hundreds of distributions available, we can consult Wikipedia or the DistroWatch site, which collects data on the distribution of Linux systems (counting how many times they are downloaded by users).

If we are looking for a lightweight distribution for an old computer, besides Puppy Linux we can try the systems recommended in our guide on lightweight Linux distributions for older computers or small laptops.
Those who have doubts about their ability to use Linux, in another post we discovered the Linux versions simpler to learn and easier to use
If we wanted to use Linux to play games (given the presence of Steam and graphics drivers that have been up to par for a few years), we can read our guide on 30 free games for linux, Windows and Mac.

Best Linux distributions for all computers and needs