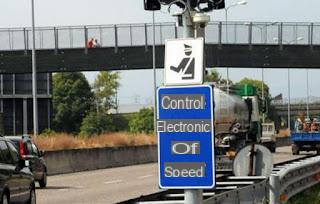 When we are in the car or traveling on any vehicle we drive, we must always respect the speed limits, but with modern cars it is very easy to go over 130 km / h or any limit imposed on other roads without even realizing it, since we do not always find a speed limiter or adaptive cruise control. It takes very little and we exceed the limits, with the risk of receiving a fine at home. In addition to always trying to go slow and stay informed about speed limits, an application on the phone that warns us when we are in the vicinity of a speed camera may be useful.
Let's see together in this guide which are the best free speed camera apps with which to get speed camera warnings, real-time speed warnings (complete with digital speedometer) and how to know the new speed limits set by law enforcement or in the vicinity. of construction sites.

On Android smartphones and iPhones there are several apps to get free speed camera maps to keep under control capable of warn us, both when we exceed the limit and when a speed camera is reported further down the road. Maps point out fixed speed cameras and also mobile ones, tutors, checkpoints, traffic situation and controlled traffic lights which can be reported by the users themselves or through the updates provided by the law enforcement agencies themselves on fixed speed cameras.

The free app Waze, available for Android and for iPhone / iPad, offers the possibility to report speed cameras and roadblocks, thanks to the reports of users in real time. 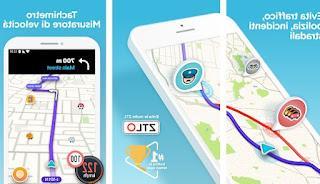 The peculiarity of this GPS navigator is the sharing of information on traffic and road conditions, thus giving more up-to-date information than any other. To use Waze as a speed limiter you have to activate the speedometer in the advanced settings of the application, so as to receive an audible alarm every time we exceed the speed limit detected on that road; in addition to this we can also activate the warnings on fixed and mobile speed cameras, so as to be able to slow down in time (and safely) avoiding the heaviest fines. Waze is one of the few compatible with the Tutor and Vergilius systems, thus offering information even in areas with sensors for average speed control.

The Google Maps app (available free for Android and for iPhone / iPad) can also be used profitably to detect speed limits during our journey and fixed speed cameras on the motorway network or on the main roads. 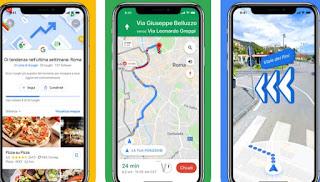 With this app we will be able to immediately find out if there are speed cameras along the route and, thanks to the dedicated alerts, avoid exceeding the speed limits set on the road we are traveling on.
To learn more we can also read the guide On Google Maps, Speedometer (odometer) and speed limits.

TomTom Friend is an application available for Android and iPhone born as a free and independent tool from the well-known GPS navigator. 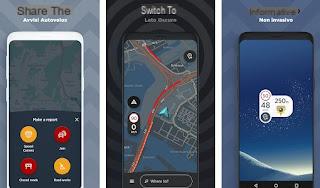 It is a very convenient and well designed application that works with user reports. During a trip TomTom Speed ​​Cameras tells us which way we are and the speed limit to keep. Furthermore, when we are close to a speed camera, this is signaled with an audible warning. Although it does not work as a navigator where to find streets and routes, this from TomTom is also a convenient application to know the traffic situation on the road in real time and to focus only on the presence of speed cameras, especially if we already know the road very well . It is also one of the few that works with speed cameras on roads and also in other countries including Croatia, France, Germany, Ireland, Portugal, Romania, Spain, United States, England and many others.

In addition to the apps seen in the previous chapters (which we believe without a shadow of a doubt the best for reporting speed cameras), we can still test and try on the roads we travel every day, so as to test if there are any speed cameras that escape or that do not come. seen from the other most popular apps.

Using these apps can really make the difference between a hefty fine and a quiet and peaceful journey, but we must never abuse them or trust them blindly: it is useless to go to 200 KM / H and then slow down when approaching a speed camera (very dangerous! ), as well as we must be very careful when we go abroad, since the laws on speed limits can be even stricter (in Germany, for example, the use of any speed camera app is prohibited, under penalty of a higher fine than the limit. same!).
To check traffic in real time or to use a navigator with offline maps (without internet), we recommend that you read our guides Viability and traffic in real time on roads from PC and mobile phone e Best Android apps with free offline maps and navigators.

add a comment of App with speed cameras, limits and road warnings