Waterfox, the 64-bit version of Firefox 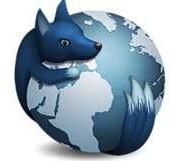 Today's internet browsers are constantly improving and, in fact, Firefox and Chrome are updated almost every month by fixing any bugs, adding features and improving their speed. However, developers of all browsers provide a single download version that is good for both 32bit and 64bit computers.
Those who own a 64bit PC with Windows for 64bit installed, would expect higher performance of their computer also because X64 systems can support more RAM than the fixed limit of 3.25 of x86 or 32bit systems.
Even the memory management is better on 64-bit systems only that, if on a PC of this type, programs developed for 32bit are installed, even if they are working, they do not benefit from the increased power.
For example, 32-bit Firefox can only use 4GB of RAM at most and no more. 64-bit operating systems are capable of running 32-bit software (mostly on Windows) without reaping the benefits of 64-bit software.

Since Mozilla has released 64-bit Firefox only in 2015 (which is installed automatically by downloading from the official Firefox site), other developers, for years, have created some browsers based on Firefox to take advantage of 64bit computers, including the best is Waterfox.

Waterfox is an unofficial version of Mozilla Firefox that was optimized for 64-bit systems, making it faster.
Waterfox, available only for Windows 64-bit PCs, is like normal Firefox with some of the internal parameters modified specifically to improve its performance.
The page that lists the links to download your language of the browser.

If you already use Firefox, the upgrade is painless because WaterFox uses the same profile as Firefox therefore all preferences, history and extensions already installed are kept.
This implies that all add-ons for regular Firefox are perfectly compatible with Waterfox as well.
After installation you need to update the plugins with the version for x64 PCs (the most important: Flash Player, Java and Silverlight).

Gods have been published on the Raymond.cc site tests comparing speed of loading and starting of Waterfox, of normal Firefox, of the 64bit version of Firefox (at the time in beta) and Palemoon, another optimized and lightened Firefox browser with version also for 64bit.
According to these tests, Waterfox is slightly faster and guarantees better performance.

The advantages of the 64-bit version of Firefox there are basically two:
First of all, Firefox becomes more secure, less attackable and vulnerable to malware and websites that can compromise their integrity.
Furthermore Firefox 64 is even more powerful and it does not suffer from that limit that leads Firefox 32 bit to use a maximum of 4 GB of RAM, even if 8 GB were mounted on the PC.
As a result, web applications, high-definition videos and even 3D online games will be smoother.

Waterfox, the 64-bit version of Firefox

Audio Video Waterfox, the 64-bit version of Firefox
Best programs for those who use Ubuntu instead of Windows ❯

add a comment of Waterfox, the 64-bit version of Firefox