Smartwatch: how it works

As I have already mentioned to you, each smartwatch is different from another, not only for the design or for the company that produced it, but also for the operating system that is installed inside it. In this regard, to understand how a smartwatch works, you must first consider the compatibility it has with your smartphone.

I indicate below the most popular operating systems on smartwatches; so you will be able to understand which of these is installed on yours. 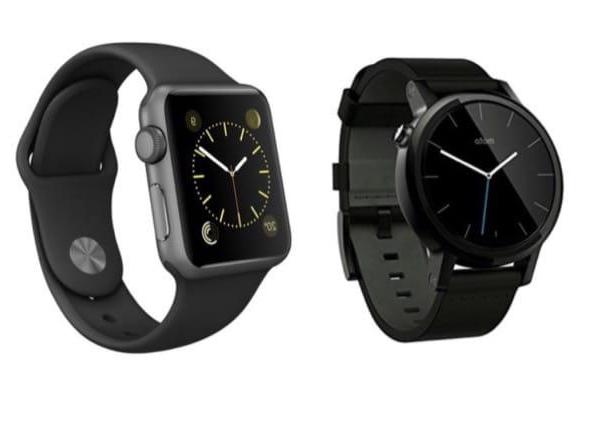 When we talk about smartwatches, one of the key elements is the display: will this be clearly visible outdoors in the sunlight? I answer this question by telling you that the substantial difference that distinguishes a smartwatch and that determines its possibilities of use (for example for outdoor use) is the technology used in the display.

A smartwatch with one schermo OLED / AMOLED it will have deeper blacks and therefore greater contrast. The use of this technology in a wearable device results in better autonomy and good vision in sunlight. One LCD screen, on the other hand, it will be brighter, resulting in less autonomy, but on the other hand it will be able to offer a better performance outdoors, in direct sunlight. This, however, is a rather generic speech, the yield in sunlight will depend on the actual quality of the panel inserted as a display.

To this speech, however, we must associate a feature supplied on some smartwatches: the display always on, a feature that allows the device screen to always remain on. This feature could perhaps be useful in particular training sessions, but in general, since the screen is one of the elements of a smartwatch (or smartphone) that causes the greatest consumption, it is advisable to deactivate it, if possible. A smartwatch with this mode disabled still allows viewing of the display if necessary: ​​just pressing a physical button or a particular movement of the arm (usually the rotation of the forearm).

If you want to optimize the autonomy of your smartwatch, also consider the possibility of activating the energy saving mode. For some devices, activating this mode allows you to disable most of the “smart” functions; only the basic ones will remain active, such as displaying the time only.

Speaking instead of interaction, it is not to be taken for granted that all smartwatches have a touchscreen. Some of them in fact allow navigation between the various functions through the rotation of the ring and combined use with i physical buttons on the side. There are also devices that have a combined interaction between the two types. A completely different interaction is available in the hybrid smartwatches, ie those devices that do not have a display to display information on the screen, but use a hybrid system, that is hands which identify some specific types of notifications. 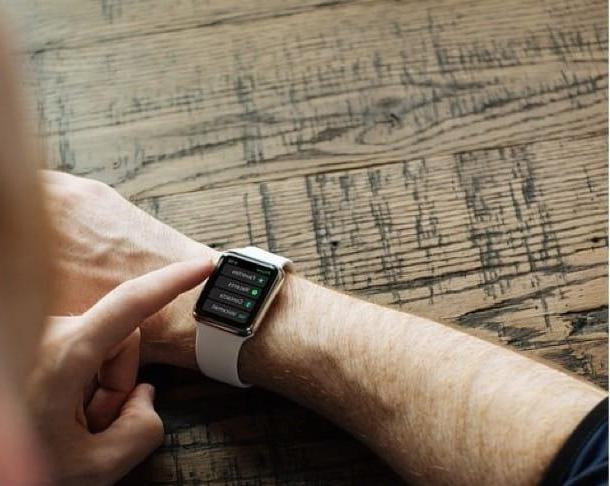 When we talk about smartwatches, we are talking about devices that allow the execution and processing of processes that guarantee its operation and that of third-party apps. Inside, in fact, there are electronic components and sensors that often differ from one smartwatch to another and that can be more or less useful for everyday use.

After talking about the display, it is therefore necessary to make some hints to what concerns the processor internal memory and RAM of a smartwatch. When you start using a smartwatch and install apps inside it, taking advantage of the storage space in the internal memory, after some time it could start to slow down and take more and more time to start or run processes. All this depends on the power of the processor and the amount of its RAM. It is therefore normal that, if your device does not have enough RAM or does not have a powerful processor, you will have a fairly slow browsing experience and content usability, especially with the installation and execution of many apps. Therefore, also take into account this discourse on the type of use you want and can make of your smartwatch.

Other features present within a smartwatch are the microphone and l 'speaker, which allow you to answer a call without picking up your smartphone. If then the smartwatch is also equipped with a slot Yes is yes (and therefore also of an integrated antenna) allows you to make calls even if it is not connected to the smartphone.

Other important features for a smartwatch are the pedometer, heart rate monitoring and GPS, very useful tools for sport and fitness. These features are indispensable for anyone who wants a smartwatch that tracks training progress. The GPS, on the other hand, can also be used to start a real-time navigation of a route through your smartwatch, rather than through your smartphone. The use of these features, especially GPS, obviously reduces the battery life.

Another fundamental fact is the degree of resistance that is certified by the manufacturer of the smartwatch. If no IP certification is indicated, it means that the device can be damaged, both with dust and water. However, recent smartwatches generally have a certification IP67 o IP68. However, we must keep in mind that an IP68 certification is clearly better than the IP67 one, as it does not present any risks whatsoever in the event that a smartwatch is immersed in water. In any case, I advise you to always check the manufacturer's recommendations on your specific smartwatch, to evaluate if there are any clauses in this regard. For example, if you practice water sports, you will need smartwatches that are much more resistant and suitable for this type of activity.

Another important feature is connectivity. Your smartwatch may be equipped with Wi-Fi and NFC, but it will definitely be equipped with Bluetooth, as a fundamental requirement to be able to interface with the smartphone. 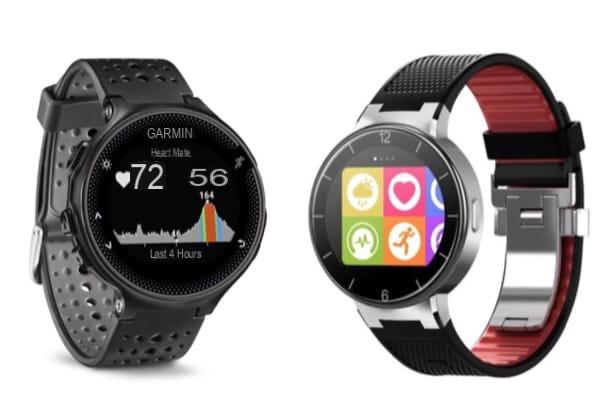 A smartwatch, if connected to the internet or simply to a smartphone, can receive notifications, such as received calls, SMS, emails or notifications from applications, such as Facebook, WhatsApp and many others. Usually a vibration of the smartwatch identifies the receipt of a notification, which can be viewed via a swipe on the screen or through the use of physical buttons.

Some Whatsapp on smartwatches they are like companion apps, i.e. apps that need to communicate with the main one installed on the smartphone, but many others are independent and can be run directly from the smartwatch. If you have a smartwatch with Android Wear or WatchOS, you can open the Store dedicated to it, so as to download all the apps directly from your smartwatch, without having to go through the smartphone. Smartwatches can also have pre-installed training apps that can be started through special interactions, such as a button on the side dedicated to them.

With regard to aesthetic personalizations of the user interface, smartwatches generally allow ample customization possibilities. For example, if you own a smartwatch with an Android OS, you will be happy to know that it is possible to change the dials displayed, so that they can better adapt to personal needs and uses, through the use of different widgets.

Smartwatch: how it works

Audio Video Smartwatch: how it works
WhatsApp ephemeral messages: what they are and how they work ❯