Setting up the new iPad: optimizations and apps to get started 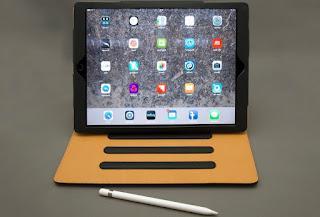 From a technological point of view, the iPad has in fact shocked the market for laptops and other Android tablets, given its high quality and its "uniqueness". If the iPhone has many equally valid Android alternatives, the iPad still remains the number one in the world of tablets and, if well configured, can also replace a laptop.
After 10 minutes of admiration and amazement for the quality of the surfaces, design and screen, it's time to turn it on; if we are not great experts on iPad and Apple devices in general, just read our guide to set up a new iPad, so as not to make mistakes and immediately enter the magical world of the iPad to make the most of it in the street of every day, both for domestic needs and for work.

When we access the iPad for the first time, after selecting the language and country preferences, we choose a Wi-Fi network to connect to and activate the location services.
On new models we can also configure Face ID, so that we can later unlock the device with our face (towards the front camera). 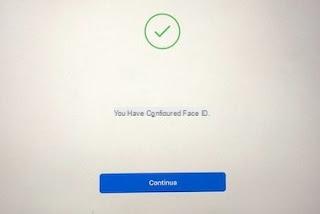 Now the new iPad will ask us how we want to transfer data from another device: we can choose between Restore from iCloud backup, Restore from Mac or PC, Migrate data from Android o Don't transfer apps and data.
Made our choice, we enter the data for our Apple ID account or create one in the face, so that we can install new apps and have the data synchronized. Apple provides full instructions for using iCloud and synchronizing with a computer or Mac. This type of restoring photos and contacts from iCloud also works to keep your iPhone (if you already have one) and iPad in sync.
In the initial configuration you can also activate the service "Where"to find the iPad on the map of the icloud.com site in case it is lost or stolen (follow the guide for Find My iPhone which works the same way).
In the last initial configuration step it is also proposed to activate Siri, the voice assistant fun to use and also very useful and efficient, and if we want to configure the automatic update, enabling the service Keep your iPad up to date.

The iPad currently contains the iPadOS operating system, an enhanced version of iOS (found on iPhone) optimized for the widest screen experience of the tablet and to blend the user experience of a MacBook and an iPad. At the moment the two systems have the same apps and the same store, so we will always have maximum support whatever application we want to install. 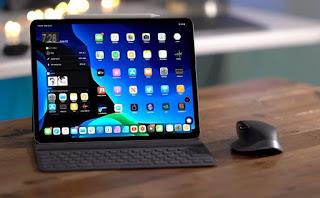 Then there are some basic applications already installed: Safari to surf the internet, the Mail app to read e-mails, the alarm clock, the calculator, FaceTime for Apple video calls and other basic apps, obviously not enough to make the most of. the Apple tablet. So let's go directly to the iPad app Store and install what we consider the best free iPad apps, Including:
In addition to these very useful and highly valued iPad apps, it is also worth understanding the things the iPad does better than the computer.

After installing a few applications, it is time to configure the iPadOS settings to optimize the iPad. Most of the default settings are fine, but if you plan to use the device as a family, you may want to customize a few options. In particular, if the iPad will also be used by a child, it is better to set limited access in the general settings by choosing various restrictions and limiting access; It is also important to optimize the battery life, to obtain maximum autonomy. To do this, let's go to the Control Center, accessible by sliding your finger from the bottom on the screen, and lower the brightness and Bluetooth (if we don't use it).
The menu of Settings -> Accessibility has powerful options to better use the iPad with VoiceOver to hear the screen read by voice, Zoom to zoom in on anything, White on Black, Mono Audio for those who hear badly and dictation by voice. 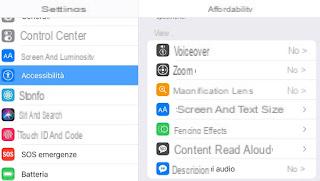 To set up a form of control for the kids who will be using the iPad, let's go into the menu instead Settings -> Usage Time and we configure the apps that can be used and the maximum time of use. 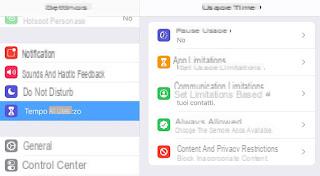 To learn more about the use of this mode, we recommend reading our guide How to limit the use of smartphones and tablets to minors.

An obligatory expense for those who have a new iPad is the case, not only to protect the screen and the body from bumps and scratches, but also to be able to use the tablet on a table so that it stands up on its own, as for example the KAVAJ iPad PRO 11 "Black Cover Case (49 €).

IPad cases come in three distinct categories: the beautiful ones, the sturdy ones, and the useful ones.
One that has all three of these characteristics would certainly be ideal, but it can also cost a lot. In addition to the basic cases, a case with an external keyboard would be great, to use the tablet almost like a laptop.
The best keyboard cover we can use for iPad is definitely the iPad 9.7 Case with Bluetooth Backlit cittàn Keyboard (€ 37). 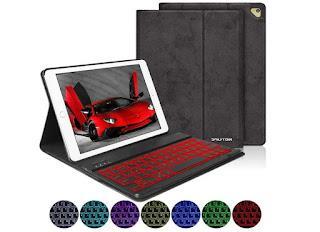 If, on the other hand, we only want original Apple products, the keyboard cover can be purchased from the official Apple store.

If we have just opened the new iPad and try not to get lost among the thousands of instructions and articles that are around, by applying these tips we will surely be able to use this tablet with satisfaction and also replace a notebook, especially for quick work or when we are away from the office.

Setting up the new iPad: optimizations and apps to get started

Audio Video Setting up the new iPad: optimizations and apps to get started
Create customized maps with directions and itineraries ❯

add a comment of Setting up the new iPad: optimizations and apps to get started