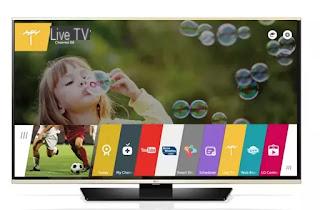 Almost every new TV today is a Smart TV, which basically means that it has an internet connection and that it supports adding apps, a bit like smartphones. However, while the smartphone market is 99% based on Android and Apple iOS operating systems, as far as Smart TVs are concerned there is much more variety and each brand uses a different operating system, with an application store.
As seen in a previous article, the best Smart TV for app system from Samsung, Sony and LG which use, respectively, the operating systems Tizen (on Samsung TV models sold since 2015), WebOS (operating system of LG Smart TVs) and Android TV (mainly on Sony Bravia, Philips and Sharp TVs), practically identical to Android on smartphones .

In this article we go to see what the best apps to add to your Smart TV (every Smart TV should have these applications in its store, but in this article we mainly talk about Samsung, LG and Sony Android TV) to exploit it to its full potential, so that you can expand the choice of things to see on television, bringing to the screen music, new movies, TV series, TV series, sports, football and anything else that can be found on the internet.

1) Netflix is the number one app for streaming movies on TV and is usually already installed.
Even if it requires you to pay a subscription, it is by far the best application available on every Samsung, LG and Android smart TV, because it is done well and because it beats any other similar app in the quality / price ratio.
While in another article we saw if Netflix or NowTV is better, we pointed out how for Netflix, whose subscription costs just 10 Euros per month, you can divide the cost between two or more people.

2) Youtube also it is almost always already installed on TVs, the best for watching free music videos, full movies, cartoons, youtubers and much more for free.

3) Amazon Prime videos is the third application that it is advisable to install on every smart TV because it offers a lot of content including films and TV series in first vision and because the vision is free if we are subscribed to the Amazon Prime service, the one that costs 20 euros a year and allows you to receive Amazon deliveries in one day.

4) Plex per Smart TV is the first application that must be installed on every smart TV, because it allows you to keep the TV connected to the computer, so that you can watch PC movies and videos on the TV. The great thing about Plex is that it has a great navigation interface that makes it easy to choose the movie and the ability to stream any multimedia content that is visible on your computer.
Plex, in addition to Android, supports LG, Panasonic, Samsung, Sony, TiVo and Toshiba Smart TVs.

5) Rai Replay on smart TV is another application that should always be installed, because it is free and allows you to see and review films and broadcasts broadcast on traditional RAI channels.

6) DAZN can be found on all TVs via application to be installed if you have subscribed to DAZN to watch football matches.

7) The app NowTV on every TV is the official Sky app to be able to watch movies and football matches broadcast by Sky, depending on the subscription. In this regard, I refer to the guide to Now TV.

8) Other streaming movie apps that are found for practically every smart TV are then Rakuten TV, Chile, TIM Vision e Google Play Movies, to be installed if you intend to pay for subscriptions.

9) Youtube Kids, the Youtube app dedicated to children, can be found as an application for all LG WebOS, Samsung Tizen and Android TVs.

12 ) Spotify, the best app to listen to streaming music available for Samsung, LG and Android TVs, which also works for free even if it requires a subscription to enjoy it without limitations.

Other better apps for Smart TV

More apps can be found and installed on the smart TV from the main menu of the TV and you can also search for them on the websites of the various stores:
- Samsung TV app
- App LG TV
- App Android TV.
Obviously it is possible, on any smart TV, to open the browser and browse any website to see any online content.

Finally, remember that it is possible enhance the Smart capabilities of each TV buying the Fire TV Stick, where, as seen in the guide, you can install all Android Apps on Fire Stick TV, from APK or Store including those not found in official stores.

add a comment of Best apps for Smart TV Samsung, LG and Android