How to reset the console (PS4, PS5, Xbox and Switch)

Does our console not want to start or freezes when starting a game? Let's see together the steps to follow to restore. 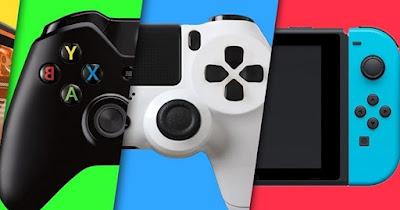 Game consoles are in effect computers and, like the latter, they can run into startup problems, system errors and sudden shutdowns, especially on consoles with a few years on their shoulders. Fortunately, the manufacturers provide recovery procedures to reset the frozen console, so as to return it to its original settings and solve (hopefully) the problem encountered during use.

If our console has abandoned us at the very best moment, we have come to the right guide: in the following chapters we will show you how to restore the most famous consoles on the market: PlayStation 4, PlayStation 5, Xbox One, Xbox Series X / S and Nintendo Switch.

We carefully follow all the steps shown for each specific console, so as not to run into destructive errors: the site denigrates any responsibility for the improper use of the procedures described below, therefore act at your own risk.

On PS4 consoles we can restore in two ways: from the settings menu and from a USB key (last resort when the console no longer starts or is blocked at startup). If the console turns on and reaches at least the main menu we can restore the software by taking us to the Settings menu (icon in the shape of a briefcase), pressing on the item Initialization and subsequently on the item Restore default settings. We follow the directions provided to restart the console and proceed with the recovery.


If the console no longer starts or is completely frozen (no main screen or only the initial logo appears), we can proceed with the recovery from safe mode. For the purpose, let's get a 16GB USB stick and formattiamola in FAT32 from a Windows PC.

After formatting the key, always from the PC, go to the PS4 software updates site, go to the section How to reinstall the system software of the PS4 console and press the button PS4 console reinstallation file.

A file with the PUP extension will be downloaded: press on it with the right mouse button and rename it to PS4UPDATE.PUP. Now let's go to the USB stick and create a new folder called PS4, and inside it we create another folder called UPDATE. With the folders thus created we move the file PS4UPDATE.PUP inside the UPDATE folder and, at the end of the operation, we safely remove the key.

Now all that remains is to connect the key to the PS4 console when it is turned off (using one of the USB ports on the console) and hold down the power button until you hear two beeps (the button must be released after the second beep).

We will thus enter the safe mode of the PS4: using the controller we select the option 7 of the safe mode, that is the voice Reset PS4 (reinstall system software), we press on Update from USB storage device and finally on OK. At the end of the procedure we restart the console and remove the key.


If we have done everything correctly, the console will start the recovery phase, using the firmware downloaded on the key to get the console back in perfect working order.

The procedure to reset the PS5 is very similar to that seen for PS4, but some steps change. If the console starts up correctly and we can access the dashboard we can restore the system by bringing us to the icon Settings (top right gear), by pressing on System, Then Software di system and finally on Reset options.

In the new menu we click on Reset the console and confirm where necessary to return the console to its original settings, as straight out of the box. Doing so we will delete all the database but also all the customizations of the console.

If the console is blocked or no longer starts, get a USB key, turn on the PC with Windows, format it in FAT32 and create the PS5 folder inside it, opening this folder, create another folder called UPDATE.

Let's go now, always from PC, to the PS5 software updates site and press the button PS5 console reinstallation file, found under the How to reinstall the PS5 console system software section.

Once the PUP file has been downloaded, right-click on it, rename it to PS5UPDATE.PUP, move it to the UPDATE folder of the key, disconnect the key from the PC and insert it into one of the USB ports on the PS5 console when it is switched off (the front USB port is fine too).


Now we hold down the power button of the PS5 until we hear two sounds, we release the button only when we hear the second sound, let's go to option 7 of the safe mode and select the item Reinstall system software.

Now all that remains is to select the item Update from USB storage device and press OK. The reinstallation of the console will start, which will allow you to reset all problems and get it back fully functional.

The Xbox console reset procedure is the same on both the Xbox One and the Xbox Series X / S. If the Xbox console still starts we can proceed with the reset by pressing the Xbox button on the controller, by going to the Profile and system path> Settings> System> Console information and finally pressing on Reset console.

The system will let us choose how to restore: for a total restore we choose the item Reset and remove everything, if we want to keep the games we can choose the voice Reset and keep my games and apps.

Is the console frozen on startup? In this case we can restore the console via USB stick. Let's take a Windows PC, get a 16 GB USB stick, connect it to the computer and formattiamola in NTFS. After formatting, open any browser, download the Xbox console recovery file, extract all the contents in a folder of your choice (using for example 7-Zip) and copy the $ SystemUpdate folder inside the newly formatted USB key.

We disconnect the key from the computer and go to the Xbox console: on it we connect the network cable and the power cable, then we reconnect only the power cable. Now that we are sure that the console is off, connect the USB key to the Xbox, hold down the button Associate (in the shape of three waves), we hold down the key Eject Disc on the console and finally press the Xbox button on the controller. On Digital consoles (without disc player) just hold down the button Associate and immediately press the Xbox button of the controller.

We continue to hold the keys down Associate e Eject (or alone Associate) for 10-15 seconds after starting the console, we wait for the two sounds to be emitted a few seconds apart and release the buttons only after the second sound.

Now the console will use the downloaded file on the stick to completely reset the software. When the console restarts we remove the USB flash drive and follow the on-screen procedure to restore the system (one will also be required connection via Ethernet cable, so better have one on hand).

If the Switch console is blocked while they were playing, press and hold the shutdown key to restart it and, at the next restart, we access the menu System settings from the console home screen, let's go to the menu System and finally select Formatting options.

The chapters of this guide are truly a godsend for anyone who has to reset a frozen console and doesn't know how to do it. We all hope a console problem never happens, but always be prepared for the worst: for this reason I recommend that you put this guide in your browser favorites, so that you can use it as often as possible the console stops working or has problems so severe that it needs a full reset.

If we still don't know which console to choose to play, we suggest you read ours direct comparison between modern consoles, so that we can choose the best one for the way we play.

How to reset the TV (Android, Samsung, LG, Hisense) ❯

How to Recover Deleted Chrome History

How to recover deleted videos from mobile phone

Maxcio, the smart socket compatible with Amazon Alexa and Google Home for only € 11,19

Format Android and reset the phone by deleting everything

How to Recover Deleted Files on Mac

add a comment of How to reset the console (PS4, PS5, Xbox and Switch)

We have been able to provide in 97% of times, the solutions that users were looking for when consulting our page.