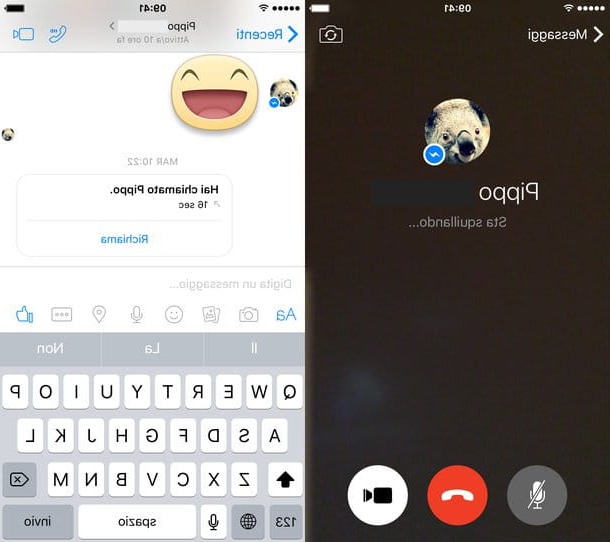 Everyone is on Facebook now, right? So why not take the opportunity to make free calls to friends, acquaintances and work colleagues? Facebook Messenger is the official Facebook messaging application and among its many functions there is also one for online calls, as well as one for video calls. The quality of communications is generally good, but as can be easily guessed, it is possible to get in touch only with people who are registered on the social network, traditional line numbers are not supported. The application is compatible with all major operating systems for smartphones and tablets and can be used from a computer via a browser. To access it just authenticate with your mobile number and your Facebook account, the contacts are automatically imported from the Facebook friends list. For further information: how to download Messenger. 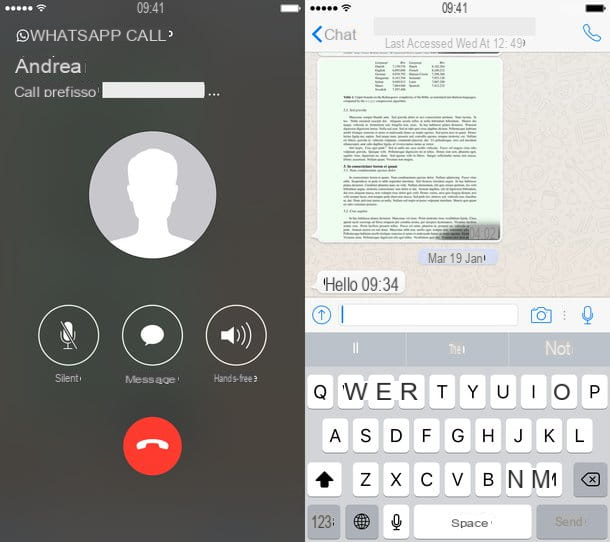 WhatsApp is another one of those applications that need no introduction. Born as an economic alternative to SMS, it has gradually transformed into a complete solution for communication that also provides the possibility of making free calls via the Internet (only to other users of the app). Voice conversations are of good quality and it is possible to reduce their data consumption to a minimum by activating the option Reduced data consumption in the application settings. To use WhatsApp just create an account using your mobile number, after which all the names of friends who can be contacted via messages or calls are automatically imported from the address book. The service is free for life: the annual fee of 89 cents that was foreseen until some time ago was completely abolished in January 2016. In terms of compatibility, the impossibility of using WhatsApp on the iPad - and many other models of tablet - and the “castrated” functionality of the Web version, which only works if the phone is switched on and connected to the Internet. Another lack to note is that relating to the support for video calls. For more information see my tutorial on how WhatsApp works. 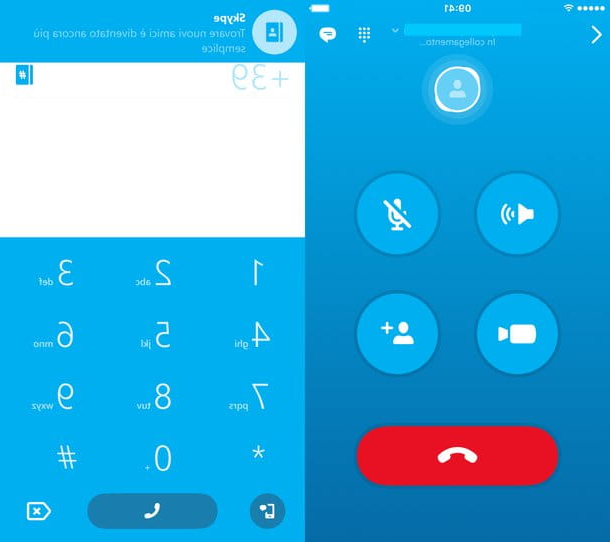 It is practically impossible to speak of free calling app without mentioning Skype, the most famous VoIP service in the world. As you most likely already know, Skype allows not only to make calls and video calls at no cost to all users who use the application, but also to call "traditional" telephone numbers from anywhere in the world at very advantageous rates. The service is accessible from all major operating systems for computers, smartphones and tablets and also from other devices, such as Xbox video game consoles and Smart TVs of some famous brands. To register for the service, you just need to authenticate with a Microsoft account or Facebook account, or you can sign up in the "old way" using a valid email address. For more information see my tutorial on how to use Skype. 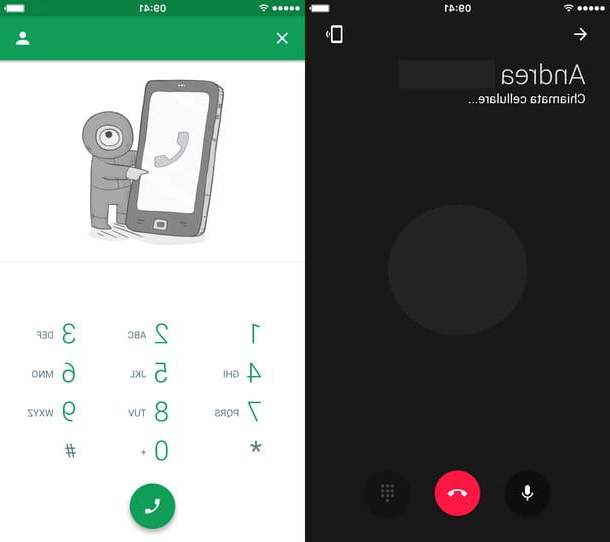 Google Hangouts is a complete communication solution that allows you to exchange messages online, traditional SMS, make VoIP calls (even to standard telephone lines), video calls and group video conferences. As on Skype, calls to other users of the service are free while those to “traditional” telephone numbers are subject to a fee: here you will find all the rates updated in real time. Hangouts is included "as standard" on all the latest Android terminals and is also available for iOS and computers, via the Web. According to some recent tests, its consumption under the 3G / LTE network is quite low (like those of WhatsApp) and call quality is generally good. 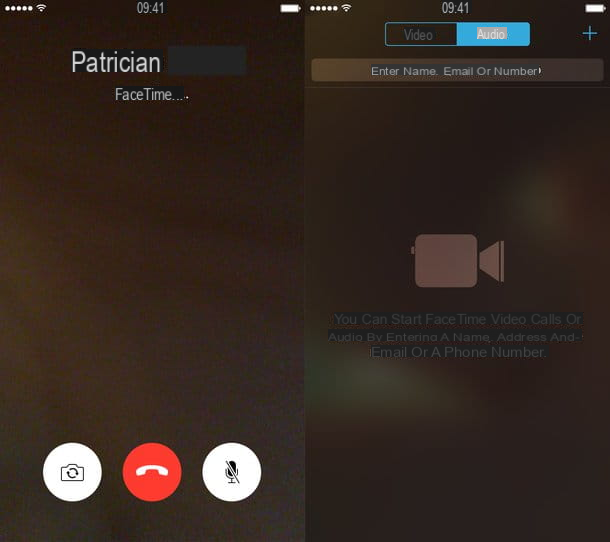 If you have an iPhone, iPad or Mac and want to keep in touch with other Apple users, you can't make a better choice than FaceTime. FaceTime is a service included “standard” in all the latest versions of iOS and OS X that allows you to make free calls and video calls to other users of the service. Unfortunately - as already pointed out - its use is limited to Apple software platforms but the quality of the conversations is quite good and does not require special configurations to be used, just have connected your Apple ID to the Mac or iPhone / iPad in use. . The only thing to pay attention to is that at the first activation of the service, if you are connected to the Internet via the 3G / LTE network, there may be a charge of about 30 cents on the telephone credit. For further information: how FaceTime works. 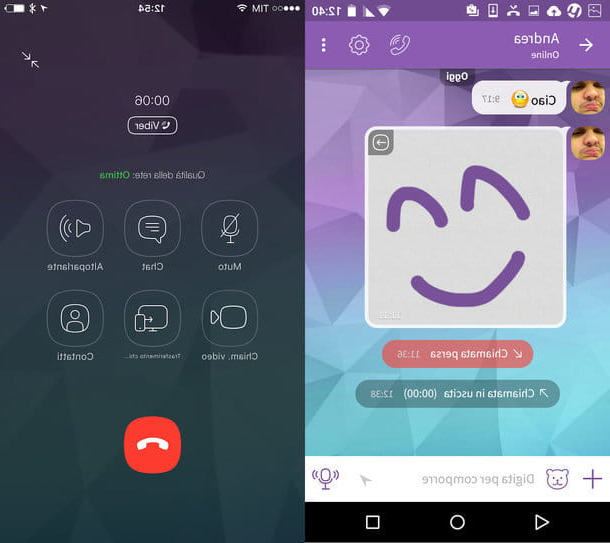 If you need to communicate with your friends using a variety of different devices, Viber it's one of the best free calling app you can contact. It is a cross between Skype and WhatsApp that allows you to chat, make calls, video calls and international calls to standard telephone lines at very affordable prices (the updated list of rates can be found here). The call quality is perhaps not at the levels of WhatsApp and Hangouts, consumption under the 3G / LTE network would seem to be slightly higher, but overall the application is really well done. Furthermore, as mentioned above, it is available for a wide range of devices and software platforms: it can be used from smartphones, tablets and PCs regardless of the operating system used. If you want to know more read my tutorial on how Viber works. 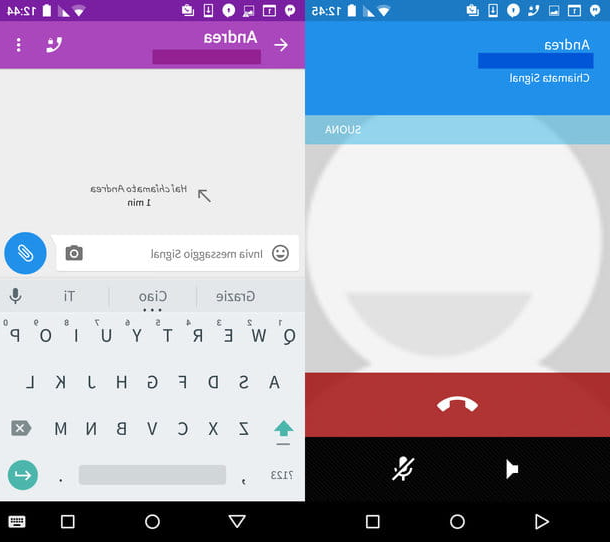 If you care about privacy, this is the application for you. Signal is an online messaging and calling service developed by Open Whisper Systems, the same company that is working on the end-to-end encryption system adopted by WhatsApp, and has as "sponsor" none other than Edward Snowden, the main architect of the datagate that unearthed many confidential US government documents. The app is completely free, open source and uses a very advanced encryption system that should prevent anyone from intercepting communications. The only drawback is that to work, at the beginning, it requires the entry of your mobile number. 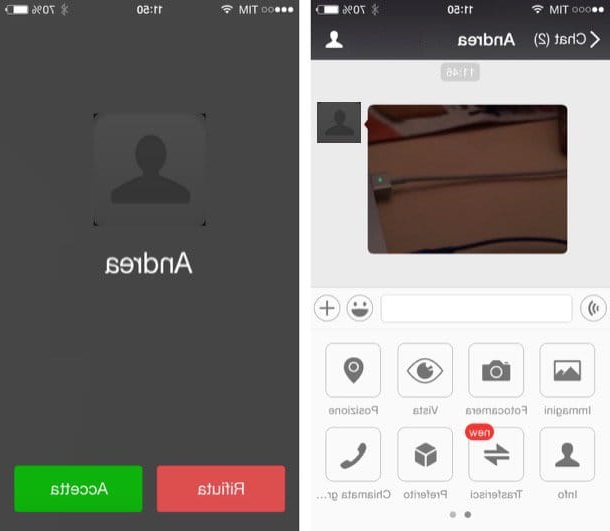 In conclusion, here is a brief rundown with others applications to call for free which is worth considering.