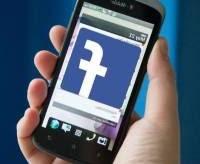 Facebook is one of the essential applications if you have a smartphone, be it an iPhone or a Samsung Galaxy, a Huawei or any other Android phone. The problem is that Android phones are also very different from each other and in many cases, the Facebook application does not work as it should, it is slow to load and not very fluid. However, Facebook for Android has improved a lot since the beginning, where what used to be called Facebook Katana was a terrible app that lacked many features.
For theupdated Facebook app on Android let's see here a bit of tips, tricks and instructions for an overall guide to use it to the fullest and find out what you can do, not always so obvious.


1) Sort the news according to the most recent
On Facebook, news is sorted, by default, according to the importance assigned to it by an algorithm. If you want to sort the updates in chronological order, you have to change a somewhat hidden setting. Press the button of the three lines at the top right, then tap on Other and scroll down until you find the key Latest. The option automatically returns to the main news every so often so if you notice clutter again, we now know where to touch.

2) Quick message widget
Facebook for Android no longer has the widget that can be placed on the home screen to quickly share a status update, a photo, a news or your location, without having to open the application. To have a Facebook widget on the phone screen, you would need to install another application, but today there is no one able to do it, perhaps because Facebook has removed this possibility.

3) In the Facebook app menu, under the section Other, you will be able to list all the functions of the social network and among these there are some that can be useful for every occurrence. For example we have:
- Send and ask for money, to send money to someone or receive it.
- Videos, to see the films in the cinema soon
- Advice, to ask and read advice from the experts on the shops in the area.
- City guides, to have tourist guides for every city in the world.
- weather, to see the weather forecast.
- Emergency services, for use in emergencies such as earthquakes or other calamities.
- Find Wifi, to find free wifi networks around.

4) Add a song on your Facebook profile is a little known trick, which allows anyone who visits our profile to listen to music.

6) Share on Facebook from other applications
One of the best features of Android is the ability to integrate apps with each other and, therefore, share practically anything you want, photos, videos or other, from other applications, on Facebook, directly.
For each object open in Android, such as a photo, you can touch the share symbol and select Facebook from the menu to share.

7) Access the settings
From the Facebook app for Android, you can always press the menu key to access the application settings.
In addition, from the left sidebar that opens by pressing the button of the three lines at the top left, you can scroll down, tap on Account and access the general settings of the Facebook account which are the same ones that open from the website .
From mobile or tablet this application screen is much easier to use and understand and any changes affect the general account.

8) Sync Photos
In the settings of the Facebook application you can activate the synchronization of photos in the sense that each photo taken by the mobile phone camera is also uploaded, when connected to the internet, in a private Facebook album visible only to us.
The photos are therefore not shared.
I want to say that Facebook is not the only app that allows you to do this and, among others, you can synchronize Android photos on Facebook, Google Photos, Dropbox.

9) Synchronize Facebook contacts with the Android phone book
An Android smartphone, even if it is from Samsung or HTC, requires access to a Google account and the address book is synchronized in Gmail.
Facebook contacts can still be included in this address book, by going to the phone settings and then pressing on Facebook in the accounts section.
By activating contact synchronization you should be able to see profile photos as photos and contacts in the address book.
Much more effectively they can be sync photos and other contact info from Facebook with Sync.me

10 ) Location services
Also in the Facebook application settings, under the Privacy settings section, you can enable or disable the services on the position. If they are enabled, when you write a status update or reply to a message, the name of your current location is also shared. Note that the function of friends nearby, in this way, it does not work (so the related notifications are always silent).
Facebook "Nearby Friends" instead it is the function to share the position with friends and know where they are at all times.

11 ) Improve performance
As mentioned above, the Facebook app can get slow and this is because of the cache which if allowed to grow too much ends up affecting the performance and speed of the application.
Every now and then go to phone Settings> Applications> Facebook and tap the button for clear the cache. This should make the app lighter.
Do not confuse the cache key with "Clear data" which instead completely resets the application and it will be necessary to re-enter the user password and reconfigure each setting. If you use many applications at the same time and switch between them, it will be advisable to terminate them from the application manager in use, to leave Facebook more memory.

14 ) Change application by replacing the official Facebook app with an unofficial one, faster
If you have a mid-range or low-end mobile, the Facebook app may go really slow and load very slowly.
You can then try a different app like some reported in the list of faster and lighter alternative apps to use Facebook on Android, among which there is also Facebook Lite.

15) On the Android app it is also possible disable Facebook's internal browser and open links from Chrome.

Finally, in addition to the main application, Facebook also has two other official apps for Android phones:
- Facebook Messenger to chat, text and call for free.
- Pages Manager to access Facebook as an administrator of the fan pages they manage.