Best apps to recognize a song on your mobile 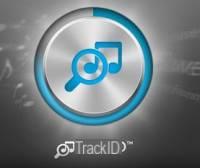 Several years ago, knowing the title of an anonymous song heard on the radio was a real challenge.
Perhaps you could search for a few words of the lyrics to see if it was found or you could search the charts to find the title of a song if current.
Otherwise you could only try to hum it to a friend and hope that he could recognize it, even if most of the time it went wrong.
Today, however, thanks to smartphones, it is possible recognize any song simply hearing a short piece of it on the cell phone connected to the internet.
You can recognize songs both with your computer and with an iPhone, a Samsung, a Huawei or any Android mobile phone.
Many applications claim to identify the title and author of any song, whether in English or other languages, quickly and accurately, but which one works best?
There are five music recognition applications most important, per Android, iPhone, Windows Phone, and worth seeing which is the best.


1) Shazam (now from Apple) is the most famous app for recognizing songs from both Android smartphones, iPhones, Windows 8, Windows Phone and Blackberry. with Shazam you can find the titles of all the most famous songs and even those of the lesser known songs, just with a touch on the screen. A few seconds of listening are enough for Shazam to bring out the title, the author and the album, with a link on Amazon for the purchase and a link to the Youtube video. Shazam also connects with Facebook and allows you to keep in memory all the titles found or share them with friends. Shazam suffers a little if the volume of the source is low or noisy but can also find less popular music titles, with all the correct info.

2) SoundHound is the other famous free application to recognize song titles on Android smartphones and mobile phones. The song is recognized immediately even with SoundHound and you can immediately see information such as the name of the album, the cover, the release date, the lyrics of the song, and the video from Youtube. Soundhound is the best app, capable of recognizing even less popular songs, after a few seconds, even in disturbed environments or if the music plays at low volume. While it is strong on famous English music, on national popular music it is a little less efficient than Shazam. SoundHound is the only one capable of recognizing songs by humming them with the voice.

3) MusicID is an application for Android and iPhone capable of recognizing songs and showing the title and the artist who sings or plays it. MusicID, which is also in English and optimized for all languages music, also shows a link to the online store where you can download the song (for a fee). There is also the ranking of the most recognized music of the moment which is interesting to see what are the new songs to discover.
MusicID works very well in recognizing soundtracks.

4) MusixMatch is an excellent application not only for recognizing the titles of songs that are heard on the radio, on TV or in clubs, but which also features the key that can be read in Karaoke mode, ideal for singing it. MusixMatch is a free application for iPhone and iPad, for Android and for Windows Phone.

5) Google app: on any Android smartphone or iPhone with the Google app installed, you can activate the voice assistant by saying Ok Google and then ask "what song is this?" to recognize the title. You can also search for music directly using the Google app on Android and iPhone, by tapping the microphone icon on the right in the search bar and then selecting the "search for a song" option.
Google takes a few seconds to process the song and show all the details. While it is not possible to retrieve the lyrics of the song directly, you can still read them from the lyrics tab at the top of the search result. Note that Google's song recognition function also works by humming it out loud or whistling.

6) Music Identifier is another app for android that can identify the music playing, which also generates links to the web page from which you can download the song.

7) Beat Find can view and recognize the songs that are playing around us, with a single button to press quickly when quick recognition is needed. The best feature is the strobe viewer which flashes in sync to the beat of the music.

8) Genius is one of the most popular android apps for identifying music, which recognizes the song playing and also shows the lyrics of the song.

9) BeatFind find song titles in seconds, view lyrics (which can also be downloaded), listen to music on YouTube or Spotify and share it.

Overall though the best app to recognize a song you are listening to remains the famous and popular Shazam, the other less famous apps are no less.
SoundHound is more accurate for recognizing songs by humming them verbally therefore must be kept aside.
MusiXmatch Lyrics Player and Genius are the best apps if you like to read the lyrics of the songs, Beat Find is the coolest to use, Music Identifier allows you to download songs, Soly is great for listening to music on your phone.

Best apps to recognize a song on your mobile