If your PC is not moving and not responding, how to unlock it without restarting Windows

How to unlock your PC without shutting it down or restarting it when it stays still, if the mouse does not move, if Windows gets stuck or the screen goes black 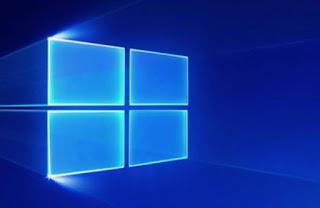 This article offers a solution to a very common problem for regular Windows users: what to do when the pc freezes, stops responding and doesn't move anymore?
Usually in these cases the solution is to press CTRL-SHIFT-ESC in order to open the task manager and "kill" or terminate the application or program that "does not respond", because it takes up too much RAM or because it uses 99% of the CPU.

In another article we explained how to unlock Windows if your pc freezes or if your computer goes slow. Task manager and solutions.

In some cases, however, the computer stops completely and the CTRL-Shift-ESC key combination does not work, nor the one that calls the CTRL-ALT-DEL management menu, because the screen appears completely frozen and immobile.
At this point all that remains is to press the reset button to restart or keep the shutdown button pressed until the power is cut off so that the PC can then be turned on again.
The solution of forced restart or shutdown is, however, always extreme and very ineffective.
When restarting a locked pc, all unsaved data is lost previously, therefore, if you are writing a Word document, or are working on an e-mail or any other program, if you have not saved your work, when you restart your PC, you have to start over.
This is one of the biggest problems in PC history, and Windows certainly didn't do much to try to solve, or at least alleviate, this problem.
In the worst cases, when you restart a blocked PC, you risk that some files get damaged, you lose information and, if you are very unfortunate, Windows may not restart anymore (this happens very rarely).

So I want to say that there are no definitive solutions to this problem yet, if not to have a good maintenance of the Windows PC, to have one of the best antivirus and not to overload the computer with many open programs, especially when performing delicate operations or important.

The PC freeze problem can depend on several causes and we can mention among the most common:
- The exhaustion of the the memory caused by too many programs open at the same time;
- The disk is full or old;
- The interruption of the video card driver or because of the process explorer.exe (the one that keeps windows windows standing);
- Process svchost or other type of process that uses 1000% of the CPU, spent due to a virus or malware;

Generally, you should always use the task manager, or task manager, to investigate which process is taking up too much CPU or too much memory.
From the task manager, which is always opened by pressing the key combination CTRL-SHIFT-ESC, you can check active processes, autostart programs, services and much more.
We saw in another article there guida al Task manager in Windows 10.

Using the task manager you can restart explorer.exe if the desktop has crashed.

The exhaustion of memory it can only be fixed by adding or changing RAM on the computer.
In theory it can also be due to the virtual memory of the paging file (another article describes what it is and how to optimize the paging file.

An external program then becomes useful, an enhanced task manager such as Process Explorer.
Process Explorer is a tool edited by Sysinternals, of Microsoft. It is a simple to use and much more detailed tool to find out what lies behind a process and find the program or service that is responsible for it. You can also use Process Monitor, also from Sysinternals, to get more information on the activities of the computer.

Process Monitor it is used to find problem applications and know exactly who they are and where they are. Once opened, you might find it confusing because it shows a lot of different types of objects.
What you need is to open the Tools menu and then click on "Process Activity Summary" to graphically see the resource usage of each application used on your computer. Expand the window and sort the items by Working Set (which would be memory occupied) to find the process causing Windows freezes and slowdowns. That busy process can then be terminated by the task manager.

Another useful program is Process Hacker, to close unnecessary processes and eliminate wasted memory on the computer, which also serves to know what is hidden behind the various services started on Windows.

If the disk was full, refer to the guide to free up disk space.
About the disk, it is possible, always from the Task manager, to check if Windows uses too much disk, for example also for too much use of the paging file (in another article it is described what it is and how to optimize the paging file.

Still using the task manager it is possible to investigate the internal processes of Windows and scan Svchost.exe (Host Service) if it uses 99% CPU.

If you are forced to keep lots of programs open, there's a trick to never occupy the CPU at 100%, using an external program such as Process Lasso.

Do a virus scan with a program like Malwarebytes it allows you to get rid of any possible infection that can block your PC.

If it happens that the screen gets stuck, you can use a key combination for restart the video card driver (very useful especially for unlocking games).
To restart the graphics drivers, press then Win + Ctrl + Maiusc + B on the keyboard (Windows 10 and Windows 8 with NVIDIA, AMD and Intel video drivers only).
The screen will go black for a split second and then everything will reappear as it was before you pressed the buttons.
All your current applications and programs will remain open.

So if you were to lock your PC with black screen or if you get stuck in a program or even in a full screen game, try the Windows-CTRL-Shift-ESC shortcut and then also Ctrl + Shift + Esc to open the Task Manager directly.
You can also try pressing Alt + Tab or Win + Tab to try to change application or the ALT-F4 keys to force quit the active program.

In addition we can here cite a program that succeeds in unlock a Windows pc even when the task manager fails.
The tool is free and is called AntiFreeze, which is located within the program why so slow which offers one last stumbling block to attach to when the computer stops responding.
Why So Slow was already mentioned in the article on how to check PC performance if it is slow.

To try Antifreeze, after installing Why So Slow, you have to press the Alt + Ctrl + WIN + Home keys at the same time (for those who do not know where the Home key is, I remember that on many keyboards it is located on the right side and is the diagonal arrow going to the left) and, at that point, Antifreeze suspends most of the running programs so that they stop consuming resources and taking up memory.
The interface of Antifreeze, rather raw, shows itself as the normal task manager but with the difference that it is not based on the explorer.exe process like all Windows windows but tries to return the PC to an active state.
Once you have opened the Antifreeze task manager, you can check which program is occupying the entire percentage of memory or CPU and terminate it by clicking on "End Process".
Antifreeze works at a higher priority level than the programs and software that run on a PC but lower than the "Kernel" files, ie central system files and the peripheral drivers.
This software should be useful and work when:
- One or more programs are working at full capacity and are occupying a large part of the processor's power causing a system hang.
- Too many programs running at the same time using processor power percentages.

Alternatively, you can use something simpler even if less powerful but always effective to terminate the programs you are calling Super AltF4, described in another post.

If Windows 8 doesn't start, how to restore or save your data ❯

Make your computer as good as new without reinstalling Windows

Restore your PC to a previous date (Windows)

If the PC is not connected to the internet, how to reset the network and web browsing

Save and lock desktop icons

add a comment of If your PC is not moving and not responding, how to unlock it without restarting Windows