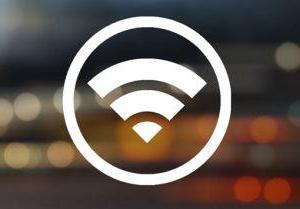 We have shown in several articles how it is possible and even simple to extend a wifi network in the home or office.
Returning a little to the old school procedures, let's see today how to configure an Access Point so that you can access the internet from areas where the router signal does not arrive.
In particular, this guide takes up a discussion left open some time ago, regarding how to increase the wireless signal with two routers and obtain a better, more secure and stable operation.
Having a wired network, things are quite simple because you can use the Ethernet network as a backbone and convert secondary routers to simple access points.
In a situation without a pre-configured Ethernet network, it is necessary to fully rely on wireless technology to link several access points together.
So if I had explained in the previous article how to make a router network, now let's see how to configure a wireless access point.
The described technique serves to add access points to extend the wifi signal and connect to the internet from anywhere in the house.


What we need, besides the primary router, is one or more secondary routers that will be configured to function as repeaters.
Before starting, connect to the primary router and write down some information such as the network name, password, IP address and even the Mac Address.
The secondary router, which will become the Access Point, must be reset by pressing the small button on the back for thirty seconds with a pen, so that it can be configured from scratch.
In case of problems, connect the router to a computer via Ethernet cable and follow the guide on how to reset the router to restore the default configuration (factory reset).
To access the router configuration panel now just enter the default login and password for that type of router which should be admin admin.
These credentials must be changed at the first access in the general settings.
Keep in mind that access to the router requires you to connect to its network, via cable or even by connecting to the wifi network generated by the router itself.

After resetting the secondary router and assigning a new password it's time to set it up.
What we need to do are only a few changes of settings.
Their location may vary by router brand, but it shouldn't be hard to find the options we need.
Then go to the WAN Settings section and set it as static without changing anything else (on some routers the Static option is in the LAN section)
After that it is necessary change the router's IP address in the LAN settings, with any number that is not the same as the main router, which is within the range of addresses assigned by DHCP.
For example, if the main router has the address 192.168.1.1 we can give the secondary router the address 192.168.1.2.
As DNS Server write the IP of the router, in our case 192.168.1.1 and disable the DHCP Server option in order to keep the configuration simple and to be able to configure the network only from the primary router.

The only access point configuration that should be different from the primary router is the channel selection.
It is worth selecting a channel for access points that do not conflict with the one used by the primary router.
For example, if the primary router uses channel 1 (and this must be imposed by removing the automatic configuration), the secondary router must be given channel 6 or 11.
On 2,4GHz routers, the non-overlapping channels are lonely
1, 6, 11
2, 7, 12
3, 8, 13
This is well explained in the guide on how to avoid interference on wifi networks.

Now the router, if it supports it, it can act as a repeater and be placed away from the primary router taking the signal and making it strong again to extend the Wifi network.
Otherwise, it can be placed in an area where it does not take the network, attached to the Ethernet wall socket (on the LAN port not the WAN)
If you don't have an Ethernet wall socket, the ideal would be to have a long cable connecting the two routers or, better yet, use a Powerline adapter to plug into any electrical outlet, which works great for connecting distant network devices.

Alternatively to all this you can buy a range extender wifi, which works as a basic repeater or access point, which you just need to plug into an electrical outlet in the intermediate position between the primary router and the area where you want a strong wifi signal.
The configuration of a repeater is the same, just connect it to the router via the ethernet socket and then, from the PC, change the network name and password making them identical to those of the primary router.
Alternatively, you can make an ultra-fast connection with WPS technology, which is not recommended, however, because it is not very secure.

Final Notes: In the article I have always used the word Access point, sometimes improperly.
An Access Point, in its main meaning, is a router that carries the wifi connection and that must be connected to the modem if it does not have Wifi connectivity.
In our case, however, we intended the Access point as a range extender or wifi repeater.

ALSO READ: Connect a new router to the modem without changing networks