You had a heated argument with someone close to you, and in the heat of the moment, you deleted all the photos of the two of you from your iPhone. After a few hours, the argument has fortunately been resolved in the best possible way, so you would like to recover the photos that you had hastily deleted but, not having made a prior backup on your computer, you do not know how to proceed. Things are exactly like that, aren't they? Then let me tell you, you've come to the right place at the right time!

With today's tutorial, I'm going to explain how to recover deleted photos from iPhone without a PC by showing you a series of techniques that, in most cases, allow you to find the photos deleted from the iPhone in a couple of taps. In addition, I'll give you some more information about the existence of apps dedicated to the analysis of the memory of the "applephone", so as to give you a complete overview on the subject.

So, without waiting a second more, take a few minutes of your free time and read carefully everything I have to explain on the subject: I'm sure that, at the end of this reading, you'll have clear ideas to get the result you set yourself. That said, there's nothing left for me to do, if not to wish you a good read and wish you the best of luck!

How to recover deleted photos from iPhone without a computer 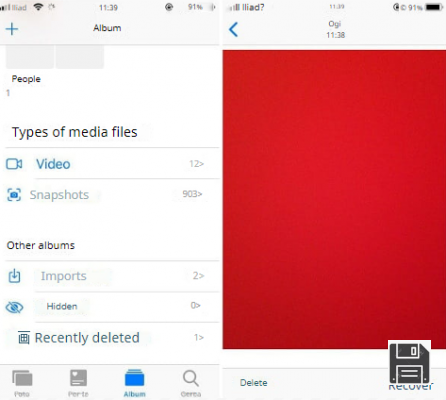 If it hasn't been a long time since you deleted pictures from your iOS camera roll, you may be able to recover deleted iPhone photos without a computer by using the Recently Deleted album. In practice, this is a special area in the iPhone Photos app (and also in the iCloud Photo Library service) where deleted photos are temporarily transferred from the device.


These photos remain in the Recently Deleted album for a variable period of time (up to a maximum of 40 days), after which they are permanently deleted from the phone memory and, if synced online, also from iCloud.

So, if the photo you're interested in has been deleted quite recently, you can try to restore it in the following way: first, launch the iOS Photos app by tapping on the colored flower icon located on the device's Home screen, tap on the Albums tab and scroll down the screen that is proposed to you, until you find the Recently Deleted item.

At this point, tap on the latter to access the album of the same name and locate, within it, the photo you want to restore: when you've found it, tap on its preview to open it and, finally, press the Recover button twice in a row, in order to transfer it back to the iOS camera roll. It was very simple, wasn't it?

If you weren't able to recover the photos using the technique I showed you above, but you have a cloud space other than iCloud where you usually store the photos (e.g. Google Photos or Dropbox), you might, with a bit of luck, be able to recover the pictures you're interested in from the latter. Below you can find everything explained in detail. 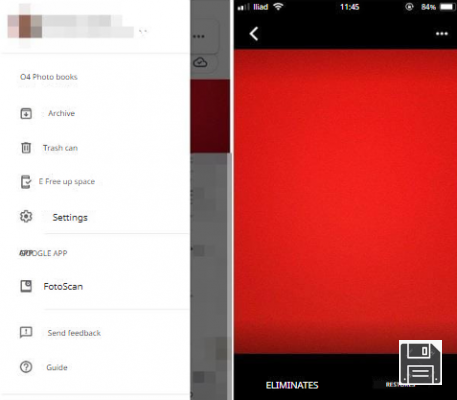 If you previously installed the Google Photos app on your iPhone and configured it to automatically save images from the camera roll (by activating the Backup and sync toggle during the first launch of the app), or you saved the photos of your interest on the Google cloud before deleting them from the iOS camera roll, then you have little to fear: most likely, the images are safe on Google's dedicated space.

To access them, all you have to do is tap on the Google Photos icon located on the iPhone's Home screen and go to the Photos section, tapping on the homonymous tab located at the bottom left: with a bit of luck, you'll find the photos you're interested in there.

If, on the other hand, you've deleted your images from Google Photos, you still have the option to retrieve them by visiting the app's Recycle Bin: manually deleted images are stored there for 30 days. After this period, the photos are permanently deleted from the cloud.

Accessing the Google Photos Recycle Bin is very easy: after launching the app, tap on the ☰ button at the top left and choose Recycle Bin from the menu that appears. On the next screen, tap on the photo you want to recover and press the Restore button to undo the deletion and return it to the main Google Photos album.


Finally, tap on Upload size and set the option to High quality (unlimited free storage)** so that the images do not affect the storage space available in Google Drive (but with a resolution limit of 16MP).

For additional information on the use and operation of Google Photos, you can consult the specific tutorial that I have created on this service. 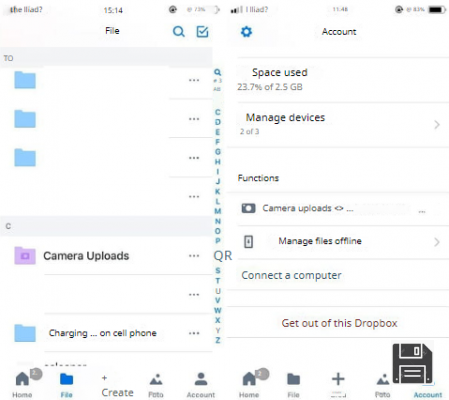 You don't use Google Photos but Dropbox, and you had taken care to activate the automatic upload of the photos in the iOS camera roll (by enabling the appropriate toggle located in the section Account > Uploads from camera) before deleting the image from the iPhone?

Then you don't have to worry, because the automatically uploaded photos can be immediately recovered from the Camera upload s album attached to the cloud space. Doing so is really easy: first, launch the Dropbox app by calling it from the Home screen of your phone, tap on File and, then, open the Camera Uploads album with a tap: with a little luck, you should find right there the photo you deleted.

If, on the other hand, you have deleted the image in question from the Dropbox iPhone app, but 30 days have not yet passed since its deletion, you can almost certainly restore it using the Deleted Files section of the service.

However, it is not accessible through the official Dropbox app, but only through the browser: to do so, connect to dropbox.com using the app you usually use to browse the Internet (e.g. Safari), click on the Sign in button in the upper right corner and enter theemail and password you use to enter the account. 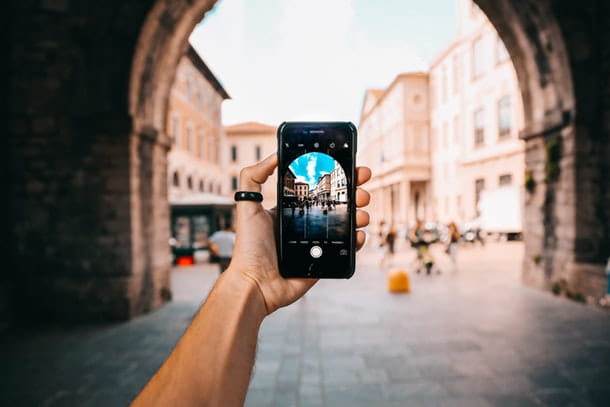 Let me guess: you don't use Google Photos or Dropbox, but you prefer to entrust the storage of your images to another cloud solution, like the ones I've reported in my guide to the best cloud, so now you're afraid you can't access again the images you deleted from your iPhone?

Do not despair: the speech made above is in fact valid for most of the apps of cloud services dedicated to smartphones and tablets: if you had previously activated the automatic upload of photos, or you had taken care to keep only the images that are important to you, you can easily retrieve them by launching the app in question and, if necessary, logging in.

In addition, many of these applications provide for the use of the recycle bin, that is, a special area in which the deleted images "transit" for a certain period of time: for example, the recycle bin of OneDrive, the cloud storage service from Microsoft, on iOS is accessible by going to the Me tab of the app and touching the item Recycle Bin located in the proposed panel.

How to recover permanently deleted photos from iPhone without a PC 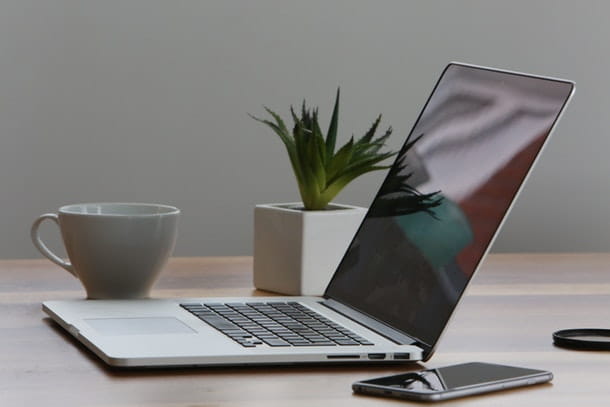 Unfortunately, there are no such apps dedicated to iPhones: in fact, Apple doesn't allow apps to access certain areas of memory, so they can't be used to analyze and recover deleted pictures.

In any case, know that their success rate is not always very high: it all depends on the state of the iPhone memory. If, in fact, the portions of memory that housed the photos of your interest have been overwritten by other data, you can not do anything to recover your shots.

How to recover deleted photos from iPhone permanently?

Under "Deleted", tap Choose, mark the photos or videos you need, click Recover, and confirm it.

How to recover deleted photos from deleted?

How to recover deleted files from iPhone?

Step 1Launch PhoneRescue for iOS on your computer > Connect your iPhone to computer with USB cable > Choose Recover from iOS device > Click right arrow.
Step 2Check the categories of files you want to recover > Click OK to scan the deleted files.
More items

How to recover deleted photos from iPhone iCloud?

In iCloud Drive from iCloud.
com, click "Recently Deleted" in the bottom right corner of the window.
Click "Recover All", or choose each file you want to recover by clicking Recover.

Compilation of frequently asked questions that our users have sent us and that our experts have answered.

How to Recover Deleted Android Videos

99%
We have been able to provide in 99% of times, the solutions that users were looking for when consulting our page.