How to repair boot sector on disk that prevents Windows (10 and 7) from starting, whenever there is an error on the computer's MBR 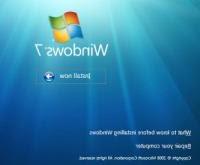 At least once in a lifetime it happens, one day, that the computer turns on as usual and it does not start.
It is not Windows that does not load, there is an initial problem because the boot stops immediately with an error message which, for example, can be: "Operating System not found" or "disk boot failure" or even worse, "a disk read error occurred. Press Ctrl + Alt + Del to restart".
When the OS not found solution message appears, 90% is found and successful restore the correct startup of Windows.
The error on the disk, on the other hand, most likely depends on an internal problem on the computer hardware and does not have an easy solution (let's talk about it another time).

When the Windows operating system does not load the error is in the boot loader or in the MBR, Namely Master Boot record which, for some obscure reason, has become corrupted.
Via the Windows utility called fixmbr, Bootrec o Bootsect, you can reset the Windows startup and restart your computer without having to reformat or pay a technician.

ALSO READ: What happens when the computer is turned on and why it can fail

MBR is a set of data that forms the first sector of a disk.
In very simple terms, it is the instruction, stored on the hard disk, that tells the computer to boot an operating system when it is turned on.
When installing multiple operating systems on a PC (e.g. Windows and Linux or Windows 7 and Windows 10) and creating a dual boot, when creating, modifying or deleting partitions on a disk, when using defragmentation programs or tools that act on the hard disk, if you are affected by viruses or malware or in the event of anomalous events, the MBR and boot loader can be damaged.
If there are errors starting the computer and no disk partitions become accessible from the operating system, the computer finds nothing to load and immediately crashes with an error message.
Luckily restore MBR and boot loader with Windows 7 and Windows 10 and correcting the errors is quite easy and within everyone's reach.
So if you receive errors when booting Windows 7 and Windows 10, you can act as follows:

NOTE: Skip to the following article if you have to Troubleshoot "Cannot find an operating system" error on Windows 10

1) Enter the windows 7 installation dvd or the Windows 10 USB key and start the computer from the CD player or USB.
To boot the PC from CD ROM or USB, you can generally access the boot menu by pressing F12 or from the bios by changing the loading order at Boot.
Con Windows 10 e Windows 8.1 the installation DVD may also not be needed because after the computer fails to boot twice the recovery screen should appear so that you can use the commands that do the Boot Fix and MBR.

2) Go ahead when the choice of language appears.

3) Instead of clicking on "Install Windows 7", click on the item below Repair your computer to access the Windows Recovery Options screen.

4) Press on the last line, the one where Command Prompt is written to access the black DOS interface.

5) In Windows 10, to reset the boot loader and start the PC, you have to run the following commands:

If that doesn't work, you can try this other way with the following commands:

To find the EFI partition number, then type:

To restore the Windows 10 boot loaderFinally, type these commands:

In Windows 7 the commands for Fix MBR I'm:


If that doesn't work, go back to the command prompt and run the command too:
bootsect / nt60 c: / MBR
or
bootsect /nt60 SYS
To automatically restore the boot from partition C.

If the bootsect command is not found, navigate to the Windows 7 DVD directory.
From the starting position, X: Sources, write D: and press enter; then write Dir to verify that it is the DVD or if it is another partition.
If there are more disks and more partitions, search for the DVD directory by going in alphabetical order, thus writing E:, F: and so on.
If the DVD is in D :, write cd boot - Enter, run the command bootsect as seen before.
While bootrec.exe / fixmbr allows you to restore the master boot record and repair the computer boot process, command bootrec.exe / fixboot rewrites a new boot record on the partition while bootrec.exe / rebuildbcd rebuilds the Boot Configuration Data.

6) Close the command prompt and restart your computer without cd in.

Then there are some small ones programs that allow advanced MBR management and bootloader recovery:

1) Hiren CD se il pc non si avvia allows you to load all the utilities to restore the boot loader and fix the MBR.
HIren CD is started when the computer is turned on by changing the boot order at boot.

2) Super grub is the program to use if the PC no longer starts, an ISO to burn to CD.
Boot your PC from CD and then use SuperGrub to repair the damaged bootloader.

4) MBRFix is a command line tool for Windows that can be used to launch advanced commands that manipulate the MBR.

5) BOOTICE is a very complete portable program that allows you to restore the MBR of both the internal hard disk and an external hard disk or a USB stick, to backup the first sector of the disk, to modify the BCD file (Boot Configuration Data) , create disk images, and install different types of MBRs.

6) HDHacker is perhaps the easiest on the list to backup and restore any sector of a partition, including the MBR sector.

If the system still does not boot, save everything if Windows does not start and the computer does not turn on.

As a final solution, what almost always works is the reinstallation or installation of Windows 7 with a custom procedure.
Old data is saved to a windows.old folder and will not be lost.
If, after reinstalling windows 7 or after formatting, the computer still does not start, there is a hardware problem that can only be solved by changing the hard disk in the computer and using the damaged one as a "slave"; maybe we talk about this better on a high occasion.

Format Android and reset the phone by deleting everything ❯

How to use remote desktop on Windows 11

Reset Windows back to the initial settings

If Windows 8 doesn't start, how to restore or save your data

How to restore Windows with fresh installation without losing personal data

Tricks to optimize and manage the Windows Recycle Bin