Epic asks for the restoration of Fortnite on the App Store: "Irreparable damage for us and for our players"

A few days after Apple's closure of the developer account, Epic Games filed a preliminary injunction asking the judges to readmit Fortnite to the App Store and restore the account. 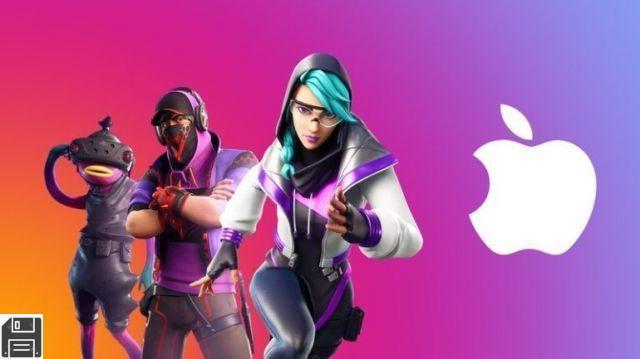 In the filing sent to the Northern California District Judges, epic Games says it is willing to challenge Apple because "this is the right thing to do", given that the software house "is in a better position than many other companies to weather the storm". Epic describes once again Apple as a monopolist, as the company maintains a dominant position by “explicitly prohibiting any competitive entry” in both the app distribution and in-app payment processing markets.

The software house adds that the decision is causing a irreparable damage to Epic and to users around the world, as iOS active players have already dropped by more than 60% since the game was removed from the App Store.

As part of this "irreparable damage", Epic indicates that Fortnite is being used by an "intensely social community" and that the removal of the game from the App Store "has separated millions of users from their friends and family", so much so that the " user protest was deafening “. The software house also cites damage to its reputation, with iOS users walking away from the game to enjoy competing titles. Epic Games has also provided data relating to the use of Fortnite on iOS: 116 million registered users who spent more than 2,86 billion hours in the game.

In the central part of the deposit, Epic Games adds that the removal of Fortnite it may also impact future Unreal Engine updates, a tool used by thousands of developers around the world: "With this lawsuit pending moving forward, developers will be wondering if Unreal Engine will remain a usable platform on which to build their applications."

Finally, Epic Games explains that the balance of damages incurred this decision is clearly against them: "We risk losing much more than Apple, which at most finds itself with some commission less deriving from Fortnite".

The position of the software house is therefore quite clear: pending a final ruling on the pending lawsuit, judges should force Apple to restore Fortnite to the App Store, as Epic Games is losing much more than Apple, both in terms of revenue, image and users: "Apple's attack on these other businesses is pure retaliation to put pressure on Epic and dissuade others from questioning the company's anticompetitive conduct ".

It remains to be understood why Epic is praying to return to the App Store, while at the same time pretending not to follow the rules (more or less shareable) that millions of other developers respect. As repeatedly explained by Apple, it would be enough to eliminate direct in-app purchases to make Fortnite return to the store.

Recall that the first ruling only partially proved Apple right. The judges have indeed ruled that Epic Games can access and continue to distribute its SDK and Unreal Engine on iOS used by thousands of other developers, but Fortnite will remain out of the App Store. The court has in fact established that Epic Games has failed to prove the "irreparable damage" resulting from the elimination of the game by Apple, also adding that this situation was created only and exclusively by the software house itself.


The new preliminary injunction was filed in the United States District Court for the Northern District of California on Friday and the hearing will take place on September 28.

How to restore removed applications

Whatsapp: 40 Tricks and secrets of chat on Android and iPhone

How to reset Play Store if it doesn't work

add a comment of Epic asks for the restoration of Fortnite on the App Store: "Irreparable damage for us and for our players"