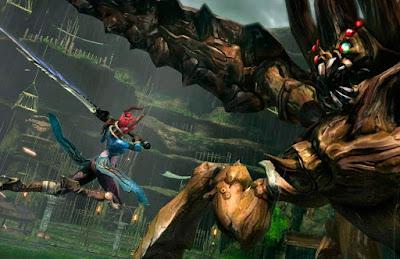 RPGs on PC, the classics RPG MMO, have evolved a lot in recent years, truly becoming virtual worlds in which to train, grow and live in the company of other people. The main feature of an MMORPG or, in understandable words, role-playing game, is to experience an adventure with a story where, however, you can move freely and interact with other players without fixed patterns and in multiplayer mode. With so much evolution, both in the gameplay and in the graphics level and the ability of the servers to host thousands of players online simultaneously, it is practically impossible, today, to find an RPG that is completely free.
In this list of 20 of the best RPGs ever for PC, therefore, we discover the free to play titles, which they can be played for free from the beginning and almost always without limitations, although in many cases they may require you to pay for upgrades with real money if you want to be competitive with the strongest. Beyond this small commercial flaw, these are still very high-level titles, which offer endless hours of play without ever getting bored.


1) TERA it can now be considered a classic of role-playing games for PC, with a combat system that is not the usual point and click, but an all-out action player. The game follows an absolutely addictive progression of levels, becoming increasingly difficult as you progress, with constant updates and new challenges to face. Tera has very accurate graphics in a fantasy style, a multiplayer mode and many characters to choose from, to fight in different ways and to customize. Tera is an easy game to start and immediately fun, therefore recommended even for those who have never played RPGs and MMOs on PC.

2) Heroes Of Storm is a really fun MMO game, with a three-quarter top view and lots of fighting action.
Blizzard's game brings characters from different series such as Diablo, StarCraft, Warcraft and Overwatch to play.

3) Revelations Online is a beautifully designed MMO game in which to embark on incredible adventures, explore numerous PVP modes and countless options for creating characters.

4) Neverwinter is an RPG inspired by Dungeons & Dragons, Neverwinter Nights, the first ever MMO with graphics and the BioWare game. Neverwinter is free to play, in multiplayer mode, packed with action-packed combat, challenging dungeons and locations to explore. The game takes place in missions that follow a story and many optional submissions that serve to increase the strength of the character.

5) Dungeons & Dragons Online is the rolegame par excellence, multiplayer version on the internet of the famous Dungeons and Dragons. D&D Online is free but includes subscriptions for gaming benefits. This Dungeons and Dragons Online has undergone a major overhaul and is a beautiful game. It stands out from other MMOs mainly because it is the same as the pen and paper version of D&D, with the same combat mechanics.

6) Path of Exile is a great MMO game, one of the most played since 2014, the true heir of that Diablo that today is only paid.

7) Guild Wars 2 is definitely one of the best MMOs out there, which you can start for free and play long enough before you have to pay. This is a commercial game full of things to do, with many different missions and a lot of work to do in character development.

8) Crossout is an MMO action game with a post-apocalyptic scenario, which offers the possibility to excavate and create the materials to build the most fearsome battle vehicles. In what is essentially the game from the Mad Max movie, you can customize the battle machine with lots of bespoke parts that you can use to destroy enemies in action-packed combat. It can be played in both PvE and PvP modes, while also battling bosses created by other players. There are many weapons available, rocket launchers and machine guns that favor the more aggressive game, for those who do not like waiting and tactics.

9) DC Universe Online is the best superhero RPG but we must also mention the excellent City of Heroes.

11 ) League Of Legends, the most played game in the world, with nearly 70 million players, some of them even professionals who play for work in tournaments. As a game it is well accessible even for those who want to start, so it still remains an excellent alternative among role-playing games today.

12 ) Dota 2 is the second most played online game in the world of the MMO genre, with many new missions and things to discover for both new and old players, who never find a chance to get bored.

13 ) Skyforge is an MMO game with very special graphics, where it is also possible to enjoy spatial panoramas that make you immerse yourself in the environment like few other RPGs can do. Skyforge allow the player to switch between classes in an instant, opening up all of the game's fighting styles for experimentation and mastery. in SkyForge you play along a path that goes from the immortal warrior to a mighty God, gaining followers as you fight to protect the world.

14 ) Star Conflict is a space pilot role-playing game, with missions where you can find treasure and fight against aliens. The progression of the game consists of acquiring an ever larger fleet of ships by doing missions against aliens and space piorati.
You can play against other players or together with them against computer-led pirates.

15 ) Rift with a very large and engaging game world and a rewarding PvP online combat system.

16 ) Thunder is a free-to-play MMO with retro genre graphics, with creative tools that allow players to do practically what they want, similar to Minecraft. In Trove you can really play the role you want without any limitation, because there is no specific theme and you can invent any character class. It is a potentially endless game, to be explored, constantly changing, full of action-packed multiplayer combat.

18 ) Runescape is one of the oldest RPGs for PC ever, a little old-fashioned, but still very much played by fans of the genre and still updated with new missions, new characters, festive events and various features. While I have no direct experience, it seems that Runescape is also one of the friendliest MMOs around, with a community of veteran players always willing to lend a hand to new players in need.

19 ) Smite is another popularity champion of the genre, the third-person MOBA, one of the most played in the world. Like Dota 2 and League of Legends, Smite's main mode includes two teams of five gods engaging in a gladiatorial-themed match for arena domination.