Huawei vs Xiaomi: who makes the best smartphones? 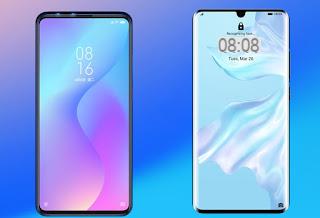 Analyzing the sales volumes in the last period we find two large Chinese manufacturers, namely Huawei and Xiaomi. The first company has now ousted Samsung from the top of the best-selling Android smartphones, while Xiaomi has made its way through the word of mouth of fans and with targeted advertising on social media and (recently) also on TV, becoming a reliable brand to bet on.
But if we had to choose between the two brands, who wins the challenge? Which the best Chinese smartphone brand? In the following lines we will try to answer this question, showing you both the strengths and weaknesses of both manufacturers, so that we can choose our next smartphone with an Android operating system well.

Huawei vs Xiaomi challenge: who wins?


In addition to indicating the characteristics of each manufacturer mentioned, we will also show you the best smartphone currently on the market for both, so that you can also compare the technical data sheets of both and immediately choose our new phone after having drawn the necessary conclusions.


Pros and cons of Huawei


While Samsung was collecting sales and was the only rival of Apple's iPhone, Huawei was making converts among the young and the very young thanks to cheap phones, with an attractive design, with very good performance in all conditions of use and a complete operating system. from every point of view. Now, years later, Huawei has become a giant in the sector and dominates practically any sales segment, relying on a very large following of loyal and always new, updated and powerful phones.

Among the advantages of Huawei in fact we certainly mention the optimization of the operating system, very close in terms of characteristics to the work done by Apple on the iPhone, also thanks to proprietary Huawei hardware (in fact the CPU of the Huawei is produced in house and is not present on any other Android phone) and al really excellent photographic sector (for years one of the best).
To this value we combine a very satisfying user experience, a good battery life on any smartphone (compared to the competition) and all the main innovative features always at hand.
Currently the only known real flaw è the lack of the Google Play Store on all new Huawei phones released on the market. The company is paying for the US government's obstruction against it and Google, to comply with the new federal laws, cannot offer its services on Huawei phones (Android is open source so it can still be used without problems). In response, Huawei has launched its own personal store (AppGallery) where there are many apps, but we are not yet on the levels offered by the Google Play Store.

If we are focusing on a Huawei then we must take into account the possible absence of some important app for our needs or purposes, or to install other more provided alternatives such as the stores seen in the guide Alternatives to the Play Store to download Android apps without a Google account.

Do we want a Huawei despite the limitations? In this case, the smartphone with the best quality / price ratio is without a doubt Huawei P40 Lite, available on Amazon for less than € 200. 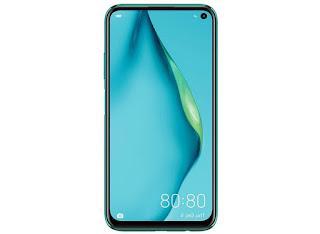 
Pros and cons of Xiaomi


Xiaomi also followed a similar path to that of Huawei, first becoming a reference point among technology enthusiasts and, thanks to word of mouth and the quality of the products, it has become one of the most important smartphone manufacturers, with very captivating advertisements on TV. and on billboards.
The merits of Xiaomi are numerous: Android operating system modified and optimized beyond belief (with integrated Google Play Store), user experience similar to the iPhone (but we can always change launcher if we want something different), fast execution speed for apps and games, constant and significant updates (with new functions integrated even on smartphones from 2 or 3 years ago) and a good battery life.
Among the flaws of Xiaomi we find a photographic sector not up to Huawei (even if things are improving in the last period), biometric unlocking systems (fingerprint and face recognition) not always reactive and some features not yet integrated on all phones (for example NFC is still overlooked on low-end phones, for no apparent reason).

If we want a Xiaomi we advise you to focus on the Notes redmi 9 Pro, available on Amazon for less than € 250. 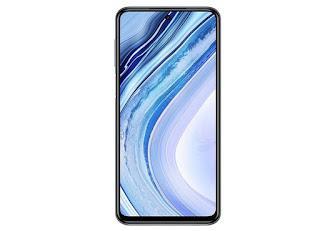 Choosing between the two brands at the moment is a fairly forced choice in favor of Xiaomi (which could soon take its place at the top of the ranking of best-selling phones), given that Huawei has suffered a serious blow with the removal of the Google Play Store. However, if you are looking for a level smartphone, it is still worthwhile to focus on Huawei, and immediately learn how to install the APKs, as it might be the only way to get your favorite app.

To find other interested phones from the two manufacturers mentioned, we recommend that you read our guides Best Xiaomi smartphones (Redmi and Mi) at advantageous prices e The best Huawei and Honor smartphones to buy today.

Huawei vs Xiaomi: who makes the best smartphones?

add a comment of Huawei vs Xiaomi: who makes the best smartphones?