Best widgets for the iPhone screen 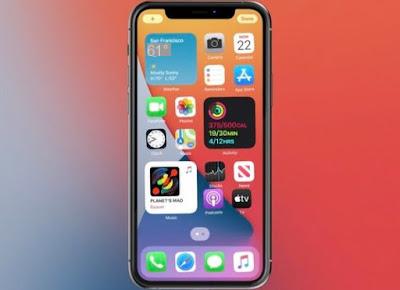 iPhone has introduced, starting from iOS 14, widgets on the screens, i.e. boxes with variable dimensions that show dynamic information (for example the weather) or with buttons to quickly access specific app functions, thus copying the only function that had remained exclusive to Android devices for many years.

The widgets on the iPhone are very beautiful and well optimized, but for users accustomed to not using them on an iPhone they could leave a bit confused at the beginning, since they have been used for years to use only the app icons or at most the start screen (with the swipe to the right).

In this guide we will help you get used to the novelty by showing you the best widgets for iPhone, so you can immediately place them on one of the screens. Most of the widgets that we can add on the iPhone are integrated directly by the apps we have installed on the phone: all we have to do is open the widget screen and scroll until you find the desired widget. In the following chapters we will show you how to choose and add a new widget on iPhone and how to download new widgets to get new functions.

How to add a widget on iPhone

To add widgets on an iPhone, all we have to do is keep your finger pressed on an empty part of the screens and, as soon as the editable app icons appear, press the + icon at the top right to open the widgets screen. 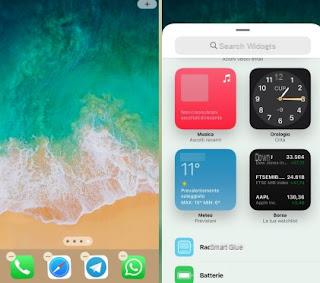 Basically we will have access to numerous widgets offered directly by Apple such as the one for the weather, the clock, financial actions, received messages, maps, calendar, photos and much more. By adding apps to the phone we will have access to new widgets (if provided by the app), so that we can quickly access the specific functions for the app (for example with Telegram we can create widgets to quickly access chats or groups).

If we don't see the widget selection screen appear, we need to proceed with the iPhone system update, as we probably don't have the iOS 14 (or later) operating system. If we don't know how to update our iPhone, just connect the phone to the Wi-Fi network, open the app Settings, open the menu Generali, open the Software Update menu and wait for the search for new updates. 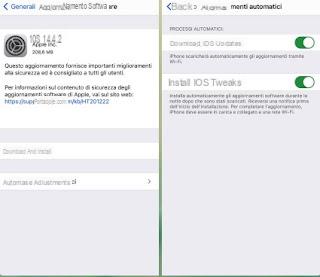 At the end of the download we confirm and restart the device, so that we can apply the latest version of iOS and unlock the widgets. We remind you that the iOS 14 version is only available for iPhone 6s or later models. To learn more we can read our guides New update to download on iPhone: when to install? e iOS 14 on iPhone: main functions, improvements and features.

As mentioned, many common apps also provide widgets to add to the screens: all we have to do is install the apps we use on a daily basis and check if they have any widgets that we can add (in addition to those already provided by Apple).

If, on the other hand, we want to download other interesting widgets for the iPhone, we recommend that you try the following third-party apps or widgets:

The advice is to try them all, so you can choose which widgets to keep in the homescreen according to our needs and requirements.

What for a long time has remained one of the advantages of any Android phone is now also present on the iPhone: we can in fact install all the widgets we want on the screens and thus obtain faster access to the phone settings, app features and information of interest to us.

If the presence of widgets convinced you to buy the first iPhone, we recommend that you read our guides first Which iPhone is worth buying today? versions and models available.

Best widgets for the iPhone screen

add a comment of Best widgets for the iPhone screen